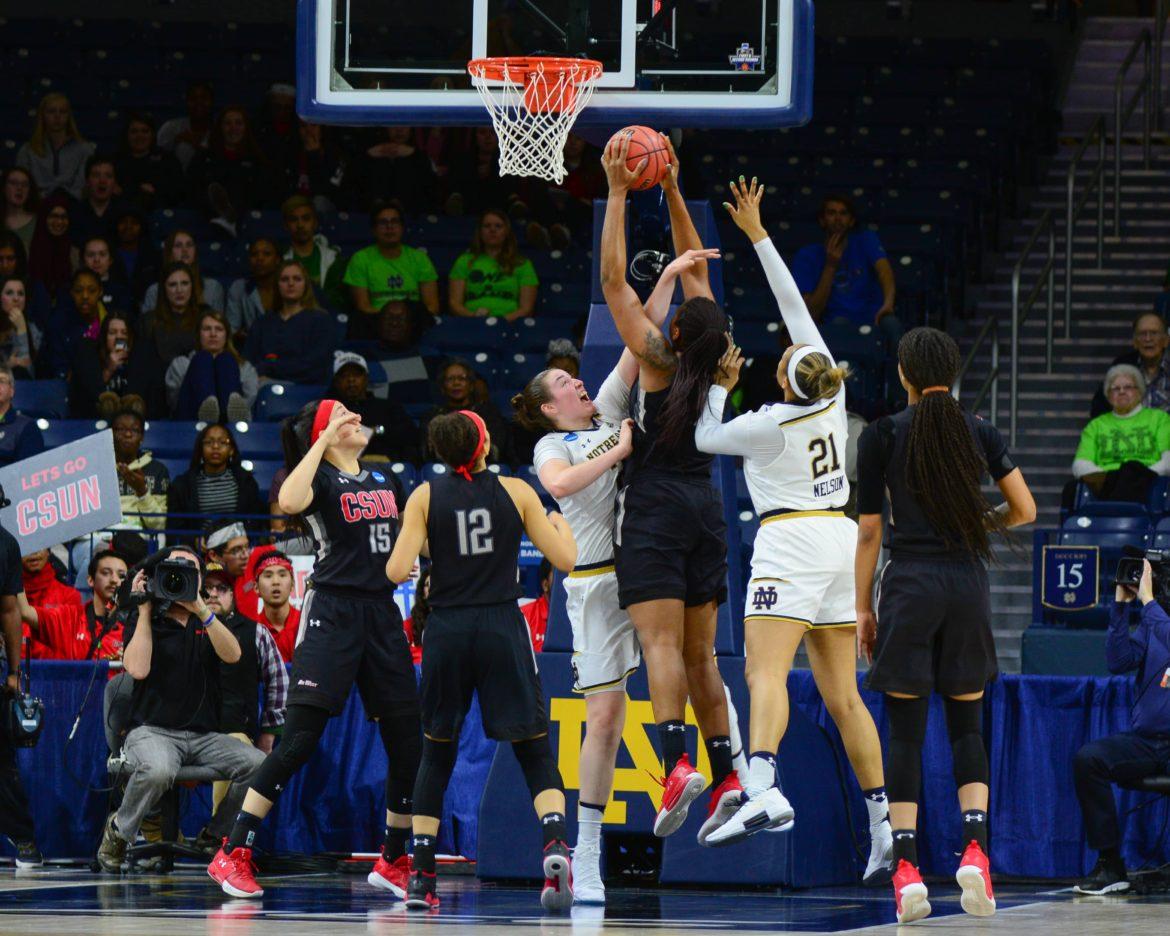 CSUN women’s basketball team will defend its Big West title this year after having one of the best years in program history last season.

Senior Channon Fluker hopes to do more with her team undertaking one of its toughest non-conference schedules in recent memory.

The Matadors will make stops at Cal, USC and Stanford in preparation for what could become the Matadors second straight trip to the NCAA Tournament.

“In order for this team to repeat as Big West champs it is going to take more work than it did last year,” Fluker said. “We are going to have to come out hard in the beginning of the season and keep that momentum.”

Sophomore Destiney Brooks led the Matadors with 19 points, five rebounds and three steals. Brooks however went scoreless from the free throw line, missing all four of her attempts.

The guard was back on he court for almost an hour after the game shooting free throws.

“One day these shots are going to count and I can’t miss them,” Brooks

Northridge got its most pleasant surprise when last year’s starting point guard Serafina Maulupe was ruled eligible for another year. Maulupe was due to play her senior season last year, but just a few days before tipoff suffered a torn ACL.

Coming back to basketball was a hard process for Maulupe. She went through a difficult rehabilitation process this offseason that tested both her physical and mental will.

“The toughest challenge I had to face getting back onto the court was definitely getting back into shape, basketball shape and being mentally confident in myself and my knee,” Maulupe said. “It was more mental than physical for me. And during the rehab process, it was tough because the rehab can be repetitive and sometimes I would forget about the bigger picture. So I had to give myself motivation throughout the rehab process.”

The injury didn’t stop CSUN from having success.

Fluker averaged 18.2 points and 12.2 rebounds per game. She grew both on the court and as a leader. The expectations are high and Fluker knows her team has a huge target on its back.

“We will have to work together as a team and trust each other and the process,” Fluker said. “We need to treat every day as championship day.”

CSUN had major contributions from returning juniors Hayley Tanabe and Eliza Matthews along with senior Claudia Ramos. Matthews made her presence felt as a defender and Tanabe hit a key three-pointer in the Big West title game against UC Davis.

“My favorite part about being the team’s primary defender is being able to pick up the groups energy on the defensive end, in order to get stops and cause turnovers,” Matthews said. “As far as my individual game, I plan on being more of a threat on the offensive end. I’ve been working on my shot so teams won’t be able to sag off of me and I feel my basketball IQ has gotten a lot better as well.”

As far as break out seasons go, Brooks is gearing up for a good one.

Brooks wasn’t highly recruited but showed she had a high ceiling as the season progressed. She finished the season posting a career-high 24 points in the NCAA Tournament first-round game against Notre Dame. That game Brooks broke the program record by making eight three-pointers.

“I’m hoping to help my team on both ends of the floor, offensively and more importantly defensively,” Brooks said. “I’m not worried about individual achievements, I’m simply worried about how I can help the team, how I can make them better, and what can we achieve together. My main focus is to give an even bigger spark to the team I did at the end of the season at the beginning this year and keep it all the way to the end. I’m super excited to start playing games and watch our hard work pay off.”

The Matadors open up the season with a long road trip with four road games being played in the midwest. CSUN will begin the season in Idaho facing the Idaho Vandals Wednesday, Nov. 6 at 6 p.m. The team will then play Boise State, Omaha and Drake before returning home Nov. 23 to play Washington State in the home opener. Matadors and Cougars tip off at 7 p.m.