The land of immigrants 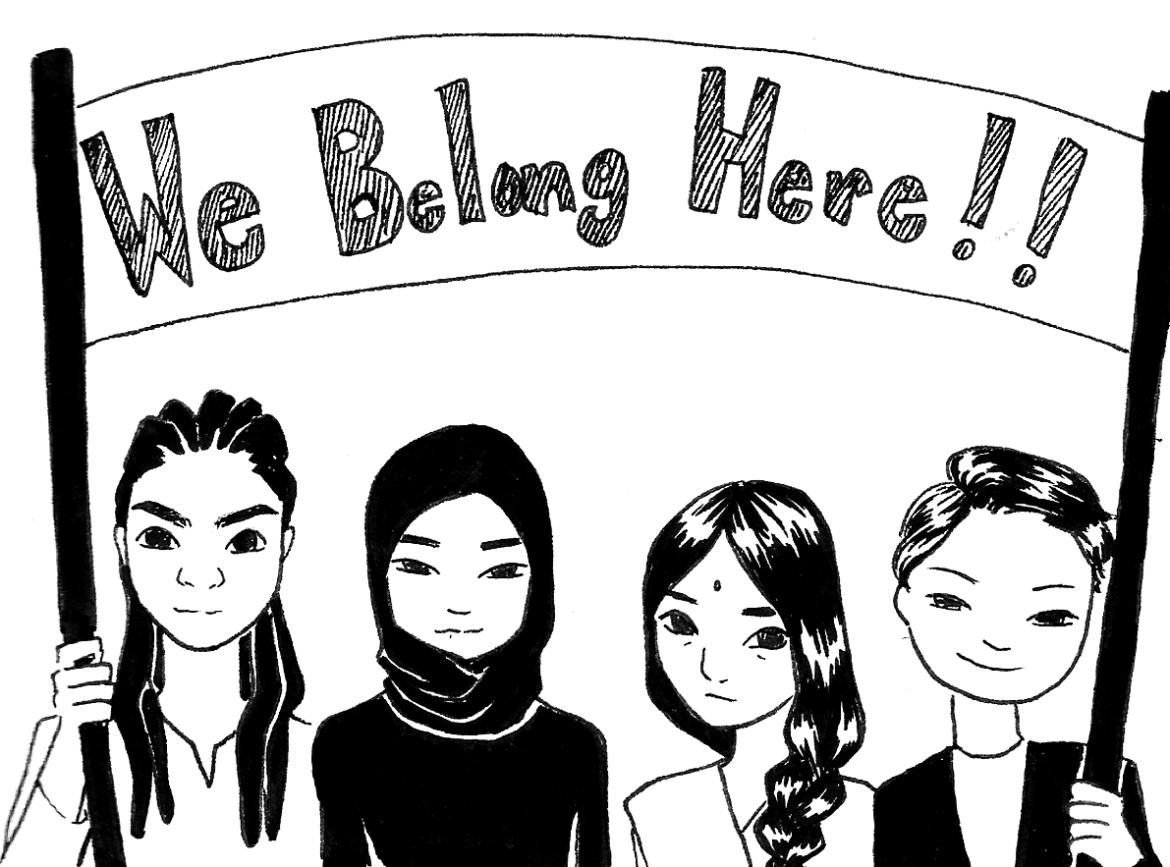 Do me a favor. Take a look at your last name. My last name is Tarasova and I came from Russia. Does your name have Latin roots? Or maybe your grandma was Jewish? Regardless, you are probably American. But what makes you American?

When Columbus “discovered” America, he sailed over from Spain. People from England and other countries came to America to start over, to create a better life and to become a part of a community. Nowadays, people who come for the exact same reasons get deported by the U.S. government.

Many expats lose their families, their careers and all the things that they value in America. This feeling and realization of unfairness came to my mind after the officer of the Department of Homeland Security investigated me for three hours at the LAX airport.

The officer acted rudely; just by the way she looked at me I felt uncomfortable and pressured. She went through every single proof of my legal status in the U.S., then the questioning began.

She asked where I lived in Los Angeles, who are my parents and why have I been living here for four years. During this interrogation, I tried to remain calm but my soul tied a knot inside of me. I felt like crying but my face remained unswerving. For the first time, I felt like I could not control my life.

I obviously cannot compare my experience with being deported or imprisoned, but even then, the treatment that I received was disrespectful and unfair. I declare a humanist approach to all people in this country. I declare borders that don’t require sacrifices and losses. I declare keeping our cities sanctuary and expanding that list.

According to U.S. Immigration and Customs Enforcement, during the 2017 fiscal year 226,199 removals were conducted. ICE states that all of these people committed crimes and threatened American society.

However, there is a big difference between homicide and working “under the table” in order to feed a family. Both cases violate U.S. law, but they each carry a very different moral value.

As a society, we should protect our values and fight for justice. On Nov. 6 you have a chance to make a difference and stand up for your last name and your heritage. This election, Xavier Becerra, running for Attorney General, presents us an opportunity to protect the people around us, to protect the ones we care about.

Becerra believes that “Every student, regardless of immigration status, is entitled to feel safe and secure at school.” He also acknowledged that “In California, nearly half of all children have at least one immigrant parent.”

Reading these words was enough for me to decide that I will vote for a person whose values correspond with mine and who focuses on maintaining California’s cities as safe, sophisticated and sanctuary.

In my mind I can already see people running after me, with flames and pitchforks in their hands, screaming, “We don’t need more immigrants,” “They take our jobs,” and “They are evil terrorists and criminals.” And yes, that opinion has a chance to live.

According to Cato Institute, the effect of immigrants on the employment of natives is very low. Immigrants are usually attracted to fast-developing urban regions and stimulate supply and demand sides of the economy, once they become a part of that society.

Unfortunately, many U.S. citizens have formed an opinion that all Muslims participate in terrorism, however, that opinion generalizes and discriminates a large group of U.S. residents, most of which contribute their efforts to our society for the benefit of America.

Sadly, the word “immigrant” inherited a negative connotation in our modern world. But shouldn’t that be a right of every human being to change their country of citizenship if they desire to do so? Who has a right to stop a person from pursuing their dreams?

Obviously, immigration requires lots of commitment and determination, but if one person desires to create better opportunities for themselves or escape a war zone, let them be!

Trust me, not a single rational soul would go through the struggle of illegal immigration if they had any other choice. An illegal immigrant cannot get a proper ID, they can’t get a well-paid, stable job because they are forced to work under the table. They are terrified of any authority figure, and most importantly, they cannot go home or visit their family.

As a result, you get this never-ending cycle of life at the bottom of our society, overworked and underpaid, with close-to-zero chance to get out.

In one of their articles, Migration Policy Institute states that, “In 2016, about 49 percent of immigrants (21.2 million) were naturalized citizens. The remaining 22.5 million included lawful permanent residents, unauthorized immigrants and legal residents on temporary visas (such as students and temporary workers).”

As you can see, unauthorized immigrants are only a small portion of all the people who immigrated to America in 2016. Even though people often associate immigrants with being undocumented, that’s not always the case. We, the people with dignity, should stay away from these predetermined judgments. As basic as the Golden Rule sounds, treat others as you wish to be treated.

Speaking of the rules, birthright citizenship deserves to be mentioned. Granted by the 14th amendment, anyone who is born on U.S. soil is a documented citizen of the U.S. Nevertheless, this rule does not cover the undocumented parents who gave birth to their child in America.

According to the Huffington Post, ICE confirmed 72,410 removals of immigrants who said they had one or more U.S.-born children in 2013. People shouldn’t immigrate illegally in the first place, but if they do, separating parents from their children is absolutely inhumane. The government forces these poor children, blessed with citizenship, to grow up with relatives, a single parent or no parents at all. Thrown into the foster-care system, with a small chance to have a successful and safe future.

As I stated earlier, not all evil in America happens because of immigration. The evidence I presented proves that the majority of immigrants work very hard to earn the status of naturalized citizens and as a result become a beneficial part of our society, that follows American laws and make our society more culturally diverse.

On Nov. 6, whether you are a first, third or sixth generation American, you have a chance to make our neighbors, relatives and peers happier and safer! By voting Xavier Becerra for Attorney General, you contribute to keeping our cities sanctuary.

Hopefully, the next time I will be flying back home, I won’t be investigated for my right to live a happy life, getting the education I desire and building a career that would benefit American society.