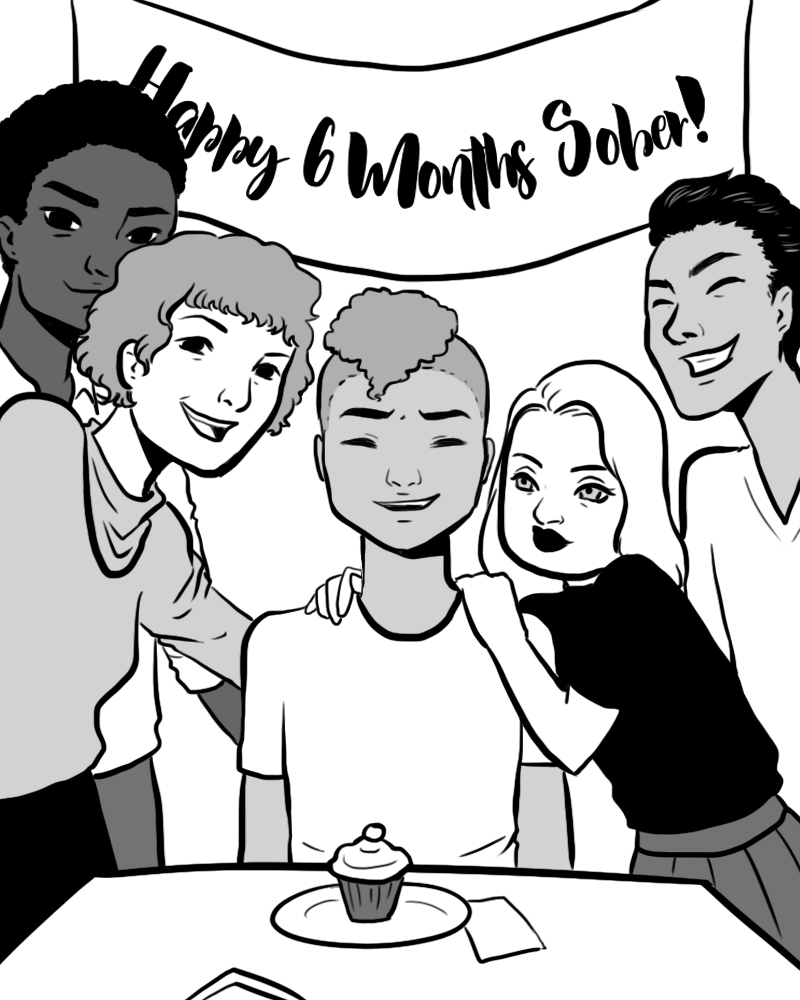 On June 21, 2018, Demi Lovato released a song titled “Sober.” At first glance, most who have followed along with Lovato’s sobriety journey would assume that she would be singing about conquering her addiction.

However, after listening to the first 45 seconds of the song, listeners everywhere realized that wasn’t the case. This song was her way of telling us that she had relapsed after being six years sober.

I, like every other millennial controlled by media, immediately logged onto Twitter to see what people were saying: “How are all these celebrities gonna feel bad for Demi Lovato? She’s a druggie, and it was her decision to take heroin.” “F**k Demi Lovato we not gonna treat her like a victim.” “It’s her own fault.”

Sure, most of these people were probably just internet trolls looking for attention, but this is also the way many people truly feel about addicts like Lovato. Addiction is a very real, controlling disease that is impossible to cure completely but can be suppressed.

My only hope is to help you understand that people with an addiction need serious help, and the last thing they need is for everyone, including their loved ones, pointing fingers at them for something they can’t control.

Let me start by saying that I don’t blame you if you think addicts have full control over their actions because I had a similar mindset before I started working with addiction patients first-hand.

However, that mindset is ignorant. My hope is to help you understand that we have continuously been wrong about addicts, and because of that, we have been ignoring them and their needs as if they’ll disappear.

Not only do we pretend their needs and pleas for help don’t exist and say they should have “better self-control,” but the justice system doesn’t make the situation any better either.

According to The New York Times, there are many people with a substance abuse disorder who get stuck in a never-ending cycle starting with being arrested for using the substance that has control over them.

Once they’re arrested, they get thrown into a violent withdrawal that nearly kills them. After they’re released they are put on probation where they are required to miraculously remain “drug-free.”

However, it’s nearly impossible for addicts to be “cured” and stay clean. It has been stated by multiple specialists that opioid addicts relapse an average of five to six times before eventually achieving full sobriety. So, once they relapse they would have broken their probation, essentially throwing them right back into jail. And the cycle repeats.

Now I ask you, does it make sense to throw people in jail for not being able to cure a disease that has no cure? No, right? Then why is our government so hell-bent on wasting our government money by keeping addicts in jail instead of placing them in rehabilitation facilities where they can get help?

The New York Times reported that “it costs about $33,000 a year to imprison someone for a nonviolent drug offense and $6,000 to treat someone with medication-assisted therapy.” Between being thrown in jail or provided rehabilitation, the latter is what they actually need.

For the past two years, I devoted my time working at Bayside Marin: Premier Addiction Treatment Facility as a clinical technician, so I have seen that medication-assisted therapy truly works wonders.

The treatment model that Bayside follows is very communication-based, in that there are multiple group sessions daily and there are also opportunities for them to meet with a therapist individually throughout the week. I guarantee that this is 10 times better than leaving addicts in jail to fend for themselves through detox, withdrawal and forced sobriety.

I’ve often come into contact with people who also have other mental illnesses, which is what urged them to try suppressing those diseases with substances, subsequently opening another door full of despair.

I bring this up because with midterm elections approaching, one proposition in particular stood out to me. Prop 2 would allow “the state to use existing mental health funds to house homeless people with mental illness through a program called No Place Like Home.”

Bear with me here. As I just mentioned, many addicts also have other underlying mental illnesses, and often times those illnesses force them out on the street to fend for themselves. It only gets worse from there; peer pressure constantly lurks through the dark and gloomy streets, but when you’re out there alone, it’s important to make friends. Many bond over drugs and alcohol, which they probably use to pass the time and to forget whatever else they are currently dealing with.

If Prop 2 passes, not only will we be helping mentally ill patients get off of the street, but we’ll also be potentially stopping a future string of addicts.

Only about 10.4 percent of the addicted population receive treatment, according to Northpoint Recovery. During my time working with addiction patients, I couldn’t begin to tell you the amount of emotional breakdowns I’ve seen simply because they felt blessed to be in that space.

However, I won’t lie and say that rehabilitation is cheap. Addiction is a pretty expensive habit if you’re doing it right, but can you imagine being addicted to a substance you can’t even afford? Or maybe you can afford the substance but not the needle? Oh, but look here’s a clean enough needle laying on top of this lovely trash can — I’m sure it’s fine. Now you could possibly be in a sticky situation.

According to avert.org, “Sharing a needle or syringe to inject any type of substance (including steroids, hormones or silicone) puts you at risk of HIV and other infections found in the blood like hepatitis C. Whether injecting under the skin or directly into the bloodstream.”

To prevent this, many big cities, like San Francisco and Philadelphia where heroin and other opioids are at an all-time high, are considering opening “Safe Injection Sites,” according to CNHI. These safe injection sites would allow heroin addicts to use with clean needles and in the presence of professional medical staff to reverse potential overdoses.

At first glance, this might sound like a good idea, but remember when I said “rehabilitation isn’t cheap”? It might be a better idea to use this money to help sponsor addicts with no health insurance to get the proper treatment they need, instead of wasting money to buy clean needles and pay for medical staff. This idea of “safe injection sites” almost just sounds like, “Hey come get your free needles and ruin your body from the inside out while we watch.”

There are endless possibilities to end the current opioid crisis, and congress has recently exhausted one. Congress passed the STOP Act to ensure that all overseas packages come with advanced electronic tracking data, to try to reduce the entrance of drugs, like fentanyl, into the U.S.

However, The Washington Post Editorial Board stated that “congress isn’t doing enough to stop opioid abuse.” This act only allows for packages being imported into the U.S. to be searched in hopes of stopping fentanyl from being brought in, but with this being a synthetic drug it can easily be made right here in our backyard.

We have a lot of work to get done for people who have a substance abuse disorder. They are part of our community and yet we haven’t been treating them as such. Treatment is a necessity for people with addiction, but for some reason we’ve seemed to ignore that. It’s time to pay attention.