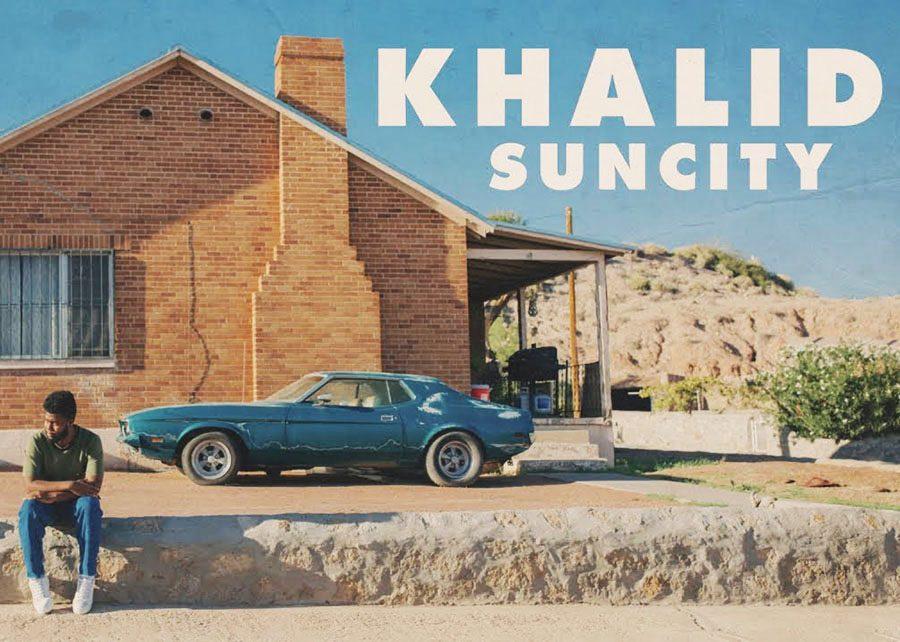 After his successful debut album “American Teen,” contemporary R&B artist, Khalid, participated in many collaborations with artists like Alina Baraz in her song “Electric,” Logic in his song “1-800-273-8255” and 6lack in “Seasons.” Being known for his chill vibes and soulful voice, Khalid recently introduced his EP “Suncity” on Oct. 19.

The EP was dedicated to El Paso, Texas. This is where Khalid spent his high school years and so the first track, “9.13,” samples audio of El Paso’s Mayor Donald “Dee” Margo handing Khalid the key to the city during a ceremony that happened this past September.

Suncity is actually a nickname for the city and, according to an article by the El Paso Times, Khalid wanted to shine a positive light on El Paso.

“I worked and I worked on an album that I wanted to represent the city in such a positive manner, and it’s been received that way,” Khalid said in the article.

The second track, “Vertigo,” contains a beautiful string symphony which gives the song an ethereal sound. This paired with Khalid’s heavenly voice made a wonderful and almost classical masterpiece of a song. The song stands out from the rest of the EP and shows just how much Khalid has matured as an artist.

“Saturday Nights” is a song reminiscent of Khalid’s “American Teen” album and would probably be found on a Top 40 hits playlist. It held a very pop-y vibe to it which it made a tad ordinary.

The song “Motion” is a love song about two people meeting for the first time. It held up to the laid-back tone which Khalid is famously known for. The synthetic beat and the subtle bass line combination creates a soothing sound.

The following song, “Better,” is more of an angsty love anthem where one person is more invested than the other even though there is no label to the relationship: “You say we’re just friends but I swear when nobody’s around / You keep my hand around your neck, we connect, are you feeling it now?”

It was also very interesting to hear a vocoder being used in a modern R&B song, as this hasn’t been done in recent years. The song gives an ’80s funk sound that has knowingly been popularized by bands like Zapp who did “More Bounce to the Ounce,” and Cameo who did “Candy.”

The last song, “Suncity,” featuring Empress Of, was a pleasant surprise. It contains Latin beats and rhythms and unexpectedly Khalid singing Spanish: “Llevame a ciudad de sol, llevame, llevame, donde deje mi corazon,” which roughly translates to: “Take me to the sun city, take me, take me, where I left my heart.”

In the song, Khalid yearns to be taken back to his beloved El Paso and Empress Of is there to guide him.

The EP in whole was definitely a wonderful musical adventure, Khalid continues to surprise his listeners, which is a quality he should never lose.