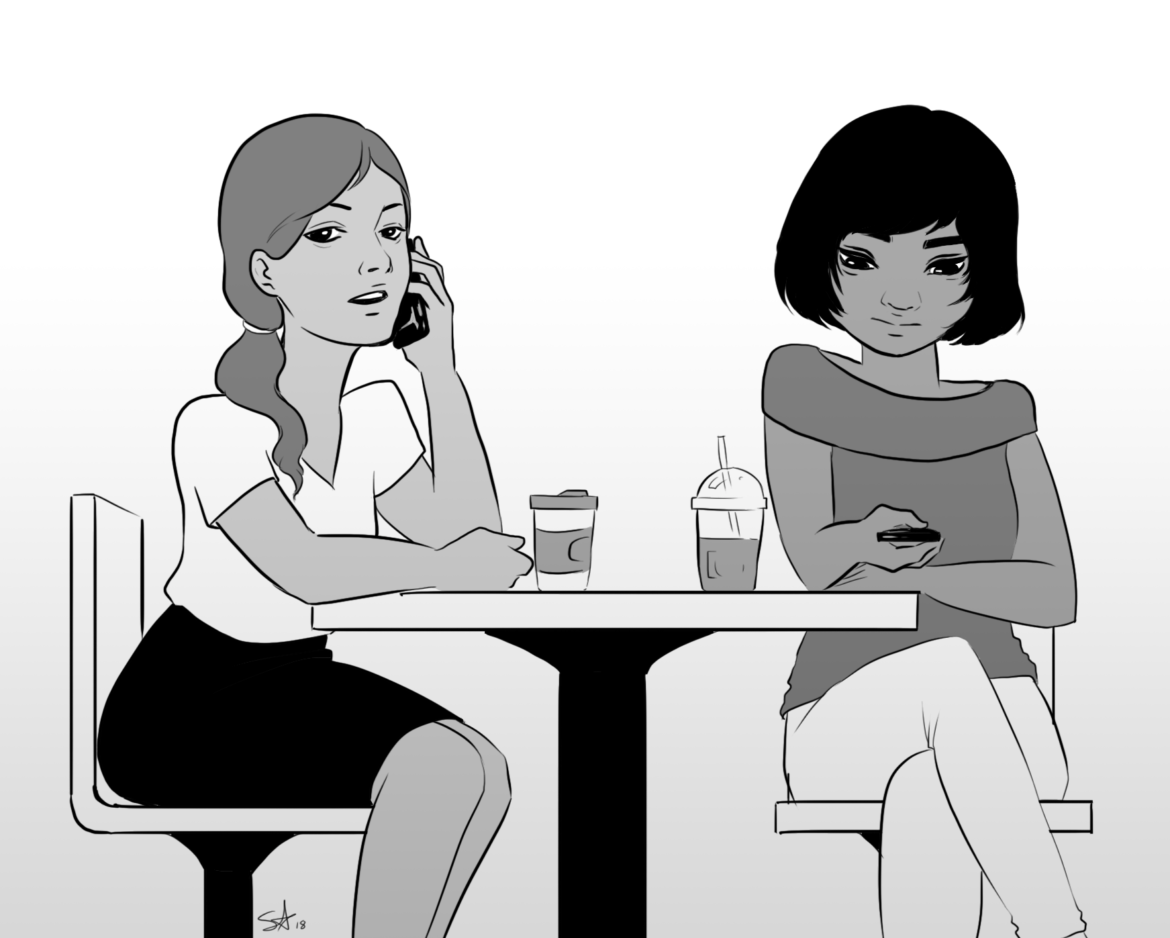 I haven’t worn a watch in roughly six years. My phone tells the time. I haven’t been on Twitter’s website since I got an iPhone, because there’s an app for that. I met most of my friends in high school through Facebook because it was easier to click “add friend” as opposed to walking up to these people at lunch and saying “Hi! I’m Luke.”

Even now, I look at my phone where I have my notes written down instead of an actual notebook. I’m so far removed from the people around me that I’m not sure what I’d do if someone were to speak to me.

I don’t talk to people. I sit on my laptop and get my news through social media, argue about the Lakers with people I’ve never met, swipe right on people I know I’ll never message. My oh so important internet presence forces my real life presence to fade.

People are different when they’re online. Call them trolls, call them heroes, whatever they’re saying is still being said behind a screen. Whether they agree or disagree, it’s a brutal place to argue. Someone in Los Angeles can tweet their opinion on the President and the internet will bring forth an angry opponent from New York.

This technology brings humankind closer together and immediately destroys any hope of a good relationship. It’s neither banter nor debate online. People fight. These fights then become personal and harassing. Do you support the President? Do you despise the President? Regardless of your answer, I promise you that there is an army of people willing to break down your door because you tweeted your opinion.

It’s weird, then, understanding how paradoxical the internet can be. People around the globe are brought to their computers, connecting with the rest of humanity, becoming one. Still, there is divide.

Most recently, it seemed every other tweet was reminding people to vote. One thing almost everyone could agree on was the importance of voting.

Yet James Woods telling you to vote sends an implied message, the same way Kumail Nanjiani saying the same does. They both told you to vote, but neither agree on anything. Woods can spread his message and ideals the same way Nanjiani can, and the Twitterverse will divide even more.

How is it, then, that we use this technology to get closer together? I suggest using the technology for the initial intended use. Dial the number and speak to your friend. Go on Facebook and post a picture of your puppy. Send a nice email. Most importantly, put down your phone.

What’s the point of showing other people pictures of you and your friends if you’re not enjoying the company of your friends in the first place?

I’ll admit that I do take part in social media. I make the mistakes that I tell everyone else not to. I recognize above all else, though, that my very best friends are the ones who I don’t talk to online. I met them in class, at parties, during sporting events, etc. This technology that we’ve been gifted with is amazing, but it could be our downfall before we know it if we’re not careful.