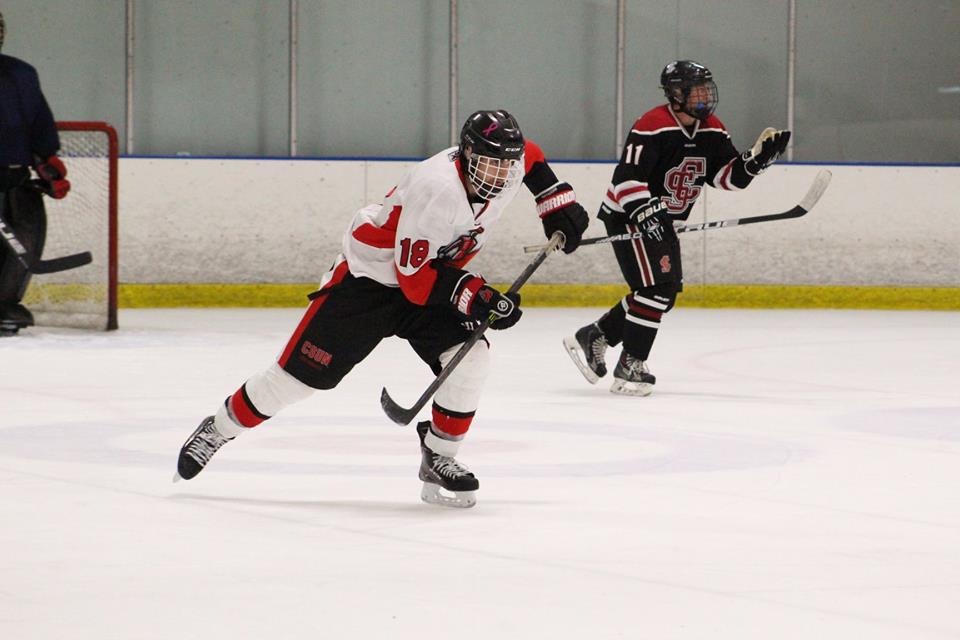 High expectations have been set for this upcoming year for the two-time defending West Coast Hockey Conference Champion Matadors.

CSUN’s ice hockey team has skated away to a great start, with the team currently sitting at 7-2-1 on the season entering a four-game slate this weekend at the Beehive Showcase in Utah.

CSUN is led by new leadership this season. Following the departure of longtime captain Alex Reints, the captaincy has been assumed by John Michael Laurin.

“For me, the captain means setting an example to the other teammates,” Laurin said. “I think the best way to lead is to lead by example and others will follow.”

The team has benefited greatly from some key offseason additions. Christian Parks, Grayson Szumilas, Zachary Carnes and Sean Kalbak have been bright spots for the team as some of the leaders in points.

“This team has so much talent,” head coach JP Gale said. “It would be nice to see our foot on the gas for three periods of play and see what we have following that.”

CSUN is still relying on some of their wily veterans, such as Levi Bolls, Eli Berengut and goalkeeper Brandon Kalvoda, who was able to shut out Loyola-Marymout, one of CSUN’s toughest opponents this season.

“This season is one of the biggest seasons for the team, as well as myself,” Berengut said. “This is one of the best squads we’ve had in any of my career here and you best bet that we are putting everything we got into seeing regionals and nationals this year.”

With the tough strength of schedule for the team, the Matadors have been rewarded for finishing off teams and keeping games close. The only blemishes for CSUN this season came on the road to No. 4 Northern Arizona and at home against rival Long Beach State.

“The mindset of being ranked sixth is to keep working hard and that this is just the beginning,” said Laurin. “It’s been a good start but we still have a lot of the season left and want to keep going up.”

The list of 20 schools debuted last week and CSUN was the only representative from California. Teams ranked third through 12th will receive an automatic bid to regionals while the top two seeds will head straight to nationals.

Due to the fires in the local area, the team decided to cancel its matchup with USC last weekend. This weekend the team will square off with Colorado State, No. 1 University of Mary, No. 10 Williston State, and Arizona State. The team will return home to Simi Valley’s Iceoplex next weekend to host San Diego.