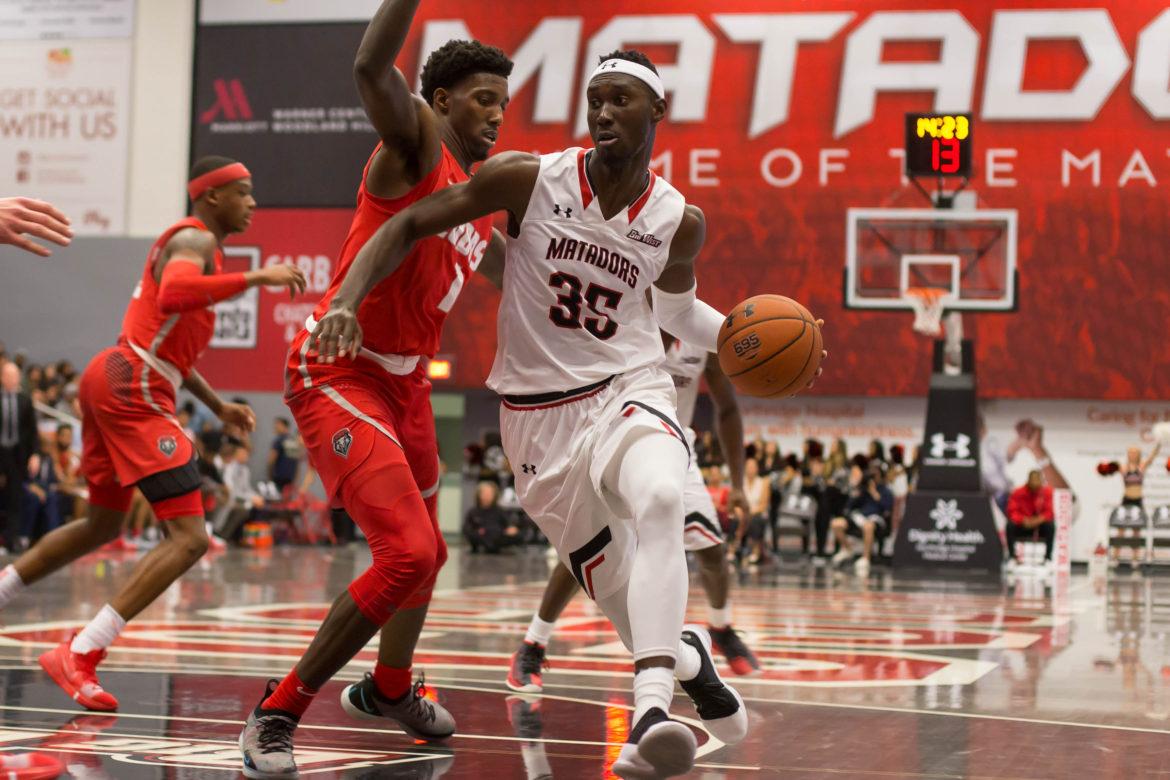 Redshirt freshman Lamine Diane drives in to the paint in a 84-87 loss vs New Mexico Photo credit: John Hernandez

The team was aiming to finish out the season with three wins. Their final three matchups were with teams in the bottom half of the conference. CSUN took care of Fullerton in four sets. Senior Aeryn Owens led the charge with 19 kills while libero Kristey Markle held the Matadors afloat in the back row totaling 21 digs. The Matadors then headed to Riverside to face another team they previously beat. This time around, the Highlanders caught CSUN off guard winning the first two sets. The Matadors responded thrashing Riverside in the third, winning the set by 11 points. The team would force a fifth set but could not take the lead as Riverside’s Marissa Holt carried her team with seven kills in the fifth. The Matadors will play their final game of the season Saturday, Nov. 17 when they travel to Long Beach. The 49ers gave the Matadors one of their closest games of the year in the Beach win. The two went to five sets back in September with the fourth and fifth sets going into extra points, with Beach just pulling away.

The team will play host to visiting Portland and Tennessee State teams this week. After dropping the first two games of the season, the Matadors will look to bounce back on Saturday at 6 p.m. against the Pilots, who have won three of the four games all-time against CSUN. Redshirt freshman Lamine Diane lead the Matadors with 34 points after the first game, good for third in the nation, while adding in seven rebounds and four steals. The next game after Portland will be at home against Tennessee State on Tuesday, Nov. 20 at 7 p.m. The Tigers are 1-1 in the early part of the season and have won the only game between the two schools.

The Matadors have gotten off to a slow start, losing their first two games of the season. The defense has been the biggest problem, with the team giving up 88 and 74 points against Idaho and Boise State, respectively. The team’s biggest star so far has been senior center Channon Fluker, whose 16.5 points per game leads the Matadors while her 16 rebounds per game lead the Big West. The team will have two more away games this week, on Friday, Nov. 16 against Omaha and Sunday, Nov. 18 against Drake, with the match against Drake being televised on ESPN+ at 11 a.m. The Matadors finally come home next week for the Warner Center Marriot Thanksgiving Basketball Classic.