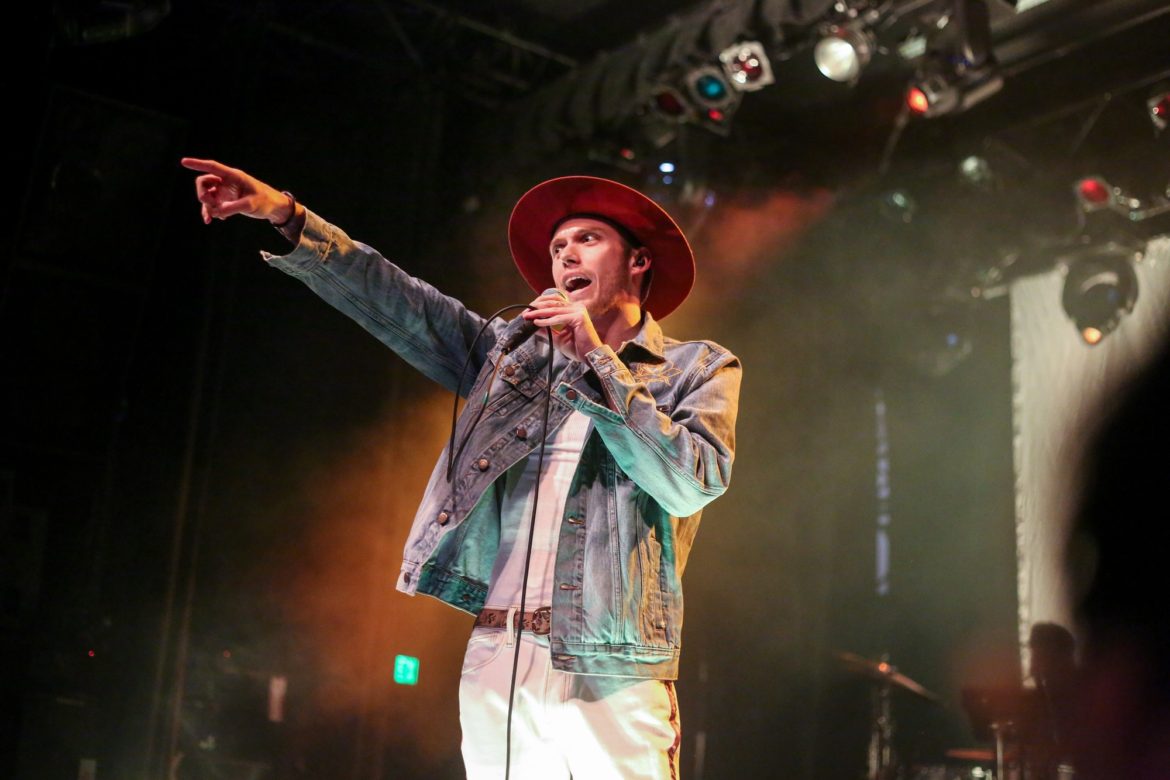 Harry Hudson is one of the most refreshing people in our current music industry. At 25, Hudson’s confrontations with death have revolutionized his meaning of living and have undoubtedly impacted his folk-pop artistry.

When he learned he had Stage 3 Hodgkin’s lymphoma, an internal mental and physical battle befell him. In dark times, Hudson turned to song-writing which then resulted in multiple independent releases beginning in 2014 with “Learn 2 Love” and his most recent 2018 release of the debut album “Yesterday’s Tomorrow Night.”

“It helps to create music and understanding who I am and why I am even on this planet,” Hudson said. “I’ve had so many second chances at life and at living and I’ve been very close with death. I’ve lost my dad this year and it’s a lot. You can either take pain and suffering and turn it into a positive thing, or you can let it fu**king kill you.”

“The film inspired my album visually and sonically,” Hudson explained. “My dad was obsessed with westerns so I took on this character of this cowboy … I’m from Van Nuys, California; it’s not like I’m from a place where it’s typical to be a cowboy, but my dad made me watch westerns with him. It’s kind of like an homage to him and building this character was just fun. My director and I sat down and we wrote the treatments for it, and it’s this whole emotional journey of losing yourself in the dark to find yourself in the light.”

Inspired by his emotional journey after overcoming cancer and losing his father, the lyrics on his debut album are natural and immensely striking.

Specifically, Hudson’s “Love, Dad” is jam-packed with dramatic keys and lustful background vocals. The song, written about Hudson’s late father, utilizes raw lyricism seen in its chorus: “Be the breeze when the sun’s out / Still, your son when you’re cold / And I know it hurts but I’m home.”

“‘Love, Dad’ kind of wrote itself,” said Hudson. “It came naturally, it wasn’t even written at all it was something that was in my head but it’s connecting to something that’s from a higher source. When I’m making music, I connect to a different realm.”

Now, Hudson is on his first tour titled the “Can Cowboys Cry” tour. He is playing intimate venues, which he said was a choice made to “spread peace, love and positivity all around.”

“I am creating a place where you can come and feel free and still can be yourself, let go of all the bullshit and negativity in your life for a few hours,” he said.

Hudson’s El Rey show was for many reasons, emotional. It was a milestone, it was a hometown show, it was a venue full of friends and devoted fans. This was clear by the way he appeared to be visually greeting every single person in the room. His blue button-like eyes were inviting every guest to feel what he felt, true gratification.

Hudson’s showmanship was rooted in the purity of his excitement for living, which is something he desperately wants to share.

“I was in pain but I chose to talk about it,” Hudson shared. “I use my voice so I can relate to others and so others can relate to me and that usually comes best when I am writing music when I am with myself and with nature. I never used to love nature, I had to go through cancer to understand that love.”

In the future Hudson hopes to build hospitals, schools and communities that provide love and help for others.

“Right now I’m working on building a teen cancer facility in Nashville and that’ll be done next year,” he explained.

Listen to Harry Hudson on The Sundial Spotify