Album review of the week: Lil Peep’s ‘Come Over When You’re Sober, Pt. 2’ 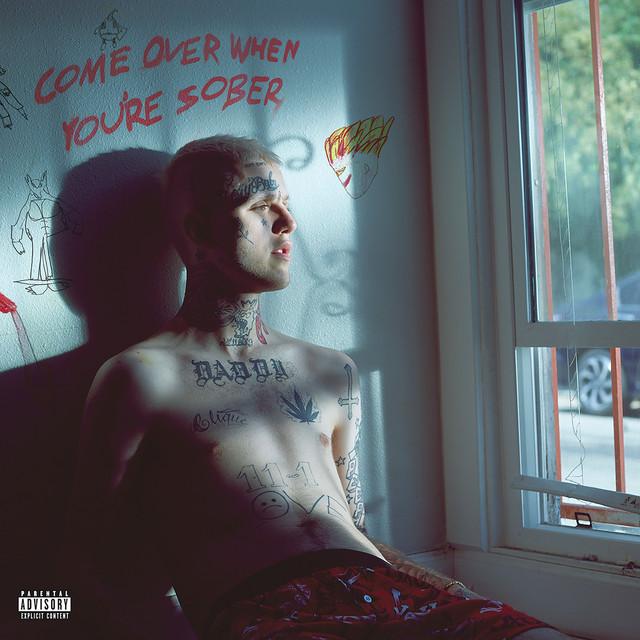 Back in 2017, Gustav Åhr (also known as Lil Peep, age 21) passed away due to an accidental drug overdose while in Tucson, Arizona. A group of unreleased tracks waited in the rapper’s MacBook, most of them set for future projects, such as a second studio album to follow up with his first.

“COWYS2” is a subdued, melancholy album that combines elements of emo rock, trap and hip-hop. Tracks such as “Runaway,” “Cry Alone,” “Leanin’” and “Life Is Beautiful” touches on the despair of enduring life — and then breaking apart to escape.

“Runaway” reads, “I was dying and nobody was there / Please don’t cry, baby, life ain’t fair” while the mantra for “Cry Alone” goes, “I don’t want to die alone right now / I just did a line of blow right now.”

Meanwhile, “16 Lines,” “Hate Me,” “Sex with My Ex” and “Fingers” communicates this sense of loss to a lost lover or friend, from a place of stark isolation.

“Hate Me” reads, “Everyone hates me, but nobody knows me / Where did the time go, could somebody show me?” while “Sex with My Ex” goes, “So, f**k me, like we’re lyin’ on our death bed / Hear the sadness in your laughter / She’s afraid of what comes after me, true love.”

Completed by his mother Liza Womack and Producers Smokeasac and George Astasio, the album marks Lil Peep’s next step away from SoundCloud and towards the mainstream arena of rock and rap. With bone-chilling yet empathetic lyrics, Peep speaks on drugs and intimacy, suicide and how “life is beautiful” with a gravelly, gloomy voice that’s drowning.

Having made his debut two years ago with the EP “Crybaby” on SoundCloud, Peep has since then acquired 1.1 million followers and is known for his unapologetic approach to dark topics and a colorful fashion sense. Peep was also known for a “Crybaby” tattoo across his face, applied to “keep me grateful,” and “to remind me that I’m blessed,” he said with a smile, as reported by Pitchfork.

Essentially, his music paved the way for “emo rap” combined with rock to fully take off. Overcoming the boundaries of any one genre, Peep uses tense, alt-guitar riffs and hip-hop percussion, moving between “mumble rap” and angsty howls that conflict with an underlying, nonchalant attitude.

The listener doesn’t have to know in order to understand; Peep provides a million and one ways to perceive depression and revenge for all those out there struggling to define what the emptiness exactly is.

While simple, his tracks are deliberate and poetic, with a raw, genuine delivery that commands respect. His lyrics are unabashedly real — he casually doesn’t hold back because he’s come to terms with his darkness already. He speaks as if he already knew drug addiction was his demise.

In this way, topics of death, drugs and love have comforted those who found a common space within his music. But, avoiding what could’ve been seen as making music just for a niche, Peep holds it back with an irony that’s sobering.

Harsh lines of “Woke up surprised / Am I really alive? / I was trying to die last night, survived suicide last night” from “Leanin’” joins with “When I die, I’ll pack my bags, move somewhere more affordable / Isn’t life horrible? I think that life is horrible” from “Life Is Beautiful.”

Behind these lyrics were a candid approach to his demons that enabled him to claim his own pain. As he confronted the darkness that he knew so well, millions of fans dwelled in his outlet with him — and will still do so as long as his music lasts.