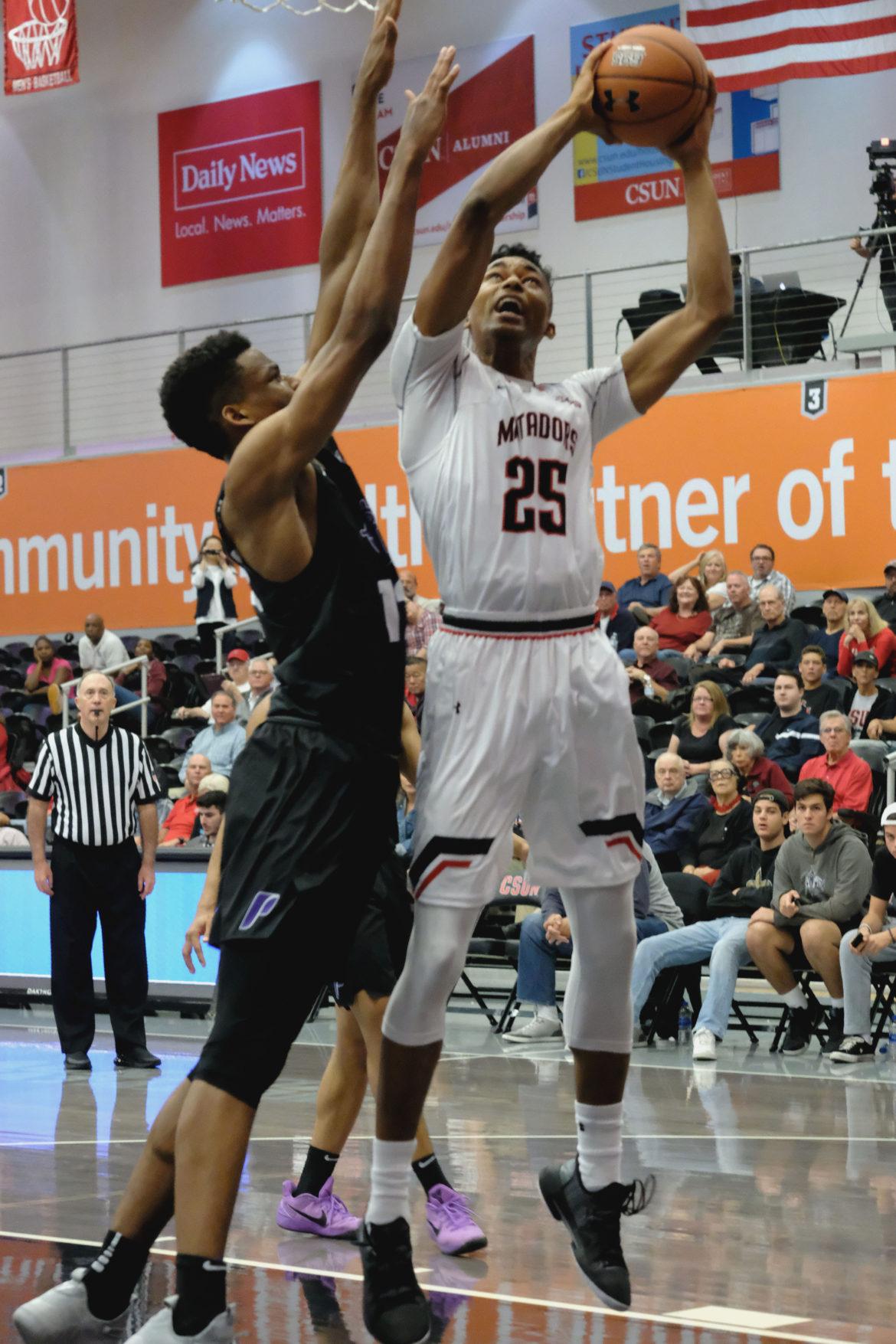 CSUN's Jared Pearre goes up for a bucket against a Portland defender. Photo credit: Jose Morales

The Matadors will be head north to face the Washington State Cougars. Now with a win under their belt, the Matadors will look for their first road win of the year. Washington State will be yet another formidable opponent for CSUN. Cougars forward Robert Franks has dropped 30 points in each of his outings this season and will be a great matchup with CSUN’s front court. Most likely guarding Franks will be standout redshirt freshman Lamine Diane, who is having anything but a pedestrian season. Diane is coming off a 29 point game in a win over Tennessee State, his second highest mark this season. The game can be streamed on Pac-12.com. Cougars and Matadors will tip off Tuesday Nov. 27 at 8 p.m.

CSUN got its first win of the season against Omaha but fell to Drake to finish off the road trip. Senior Channon Fluker led the team again averaging 12 points and 9.5 rebounds in the split week. Sophomore Destiny Brooks poured in five threes on 50% shooting in the loss to Drake. Junior Hayley Tanabe averaged 11.5 points and 3.5 assists. After a near three weeks of road games, the Matadors will finally play in their home opener in their fifth game of the season. CSUN will matchup with Washington State Saturday, Nov. 23 at 7:30 p.m. Pending a win, Northridge will take on the winner of Harvard and Jacksonville State Sunday Nov. 24, or the loser if CSUN falls to Washington State. The Cougars are 1-2 and are coming off a 13-point loss to UC Davis. Cougar Junior Hristova Borislava has averaged 24 points a night to lead the team with three double digit scoring averages. CSUN still just has one but the matchup of Fluker and Borislava should be a dynamic battle in the post on both ends of the court.