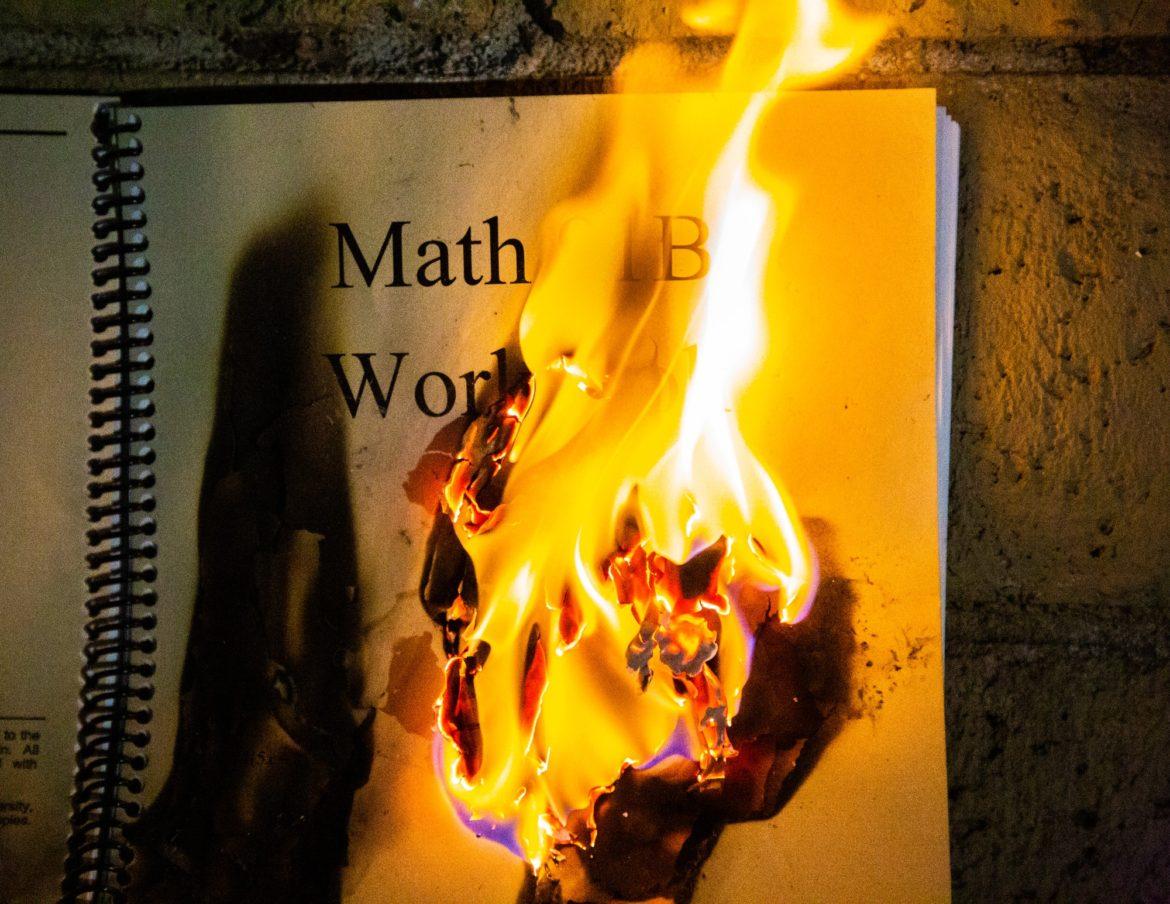 While the yearlong conversation of CSU executive orders has focused on the threats posed to comparative and cross-cultural studies departments, it has only briefly highlighted the dismantlement of the unique Developmental Math Department at CSUN. Just two days before the 2018 fall semester, the department was forced to implement the Executive Order 1110 (EO 1110).

Members of the former Development Math Department — which included 35 faculty members, some of who had worked on campus since the ’90s — had to re-interview to be absorbed into the Math Department upon their own department’s closure. Some were not even brought over and no longer teach at CSUN.

When Dr. Katherine Stevenson became the Director of CSUN’s Developmental Math Department in 2009, she felt respected. In her interactions with campus administration, she felt as if faculty were the bridge between campus leadership and students. Now, Stevenson says that respect is gone.

“We were a special campus,” said Stevenson. “We had developmental math and math separate. So when you have only one year to dismantle a program and relocate all the faculty and the staff, it just takes time and I think everybody underestimated how much time it would take.”

When EO 1110 was distributed in 2017, there was campus-wide confusion on whether it would be made effective at CSUN as the Faculty Senate voted not to implement both EO 1110 and Executive Order 1100-Revised (EO 1100-R), but leadership said otherwise.

Over the course of several months, faculty created a plan for the implementation of EO 1110 at CSUN which was approved by the Math Department and the College of Science and Math Curriculum Committee in the event they were forced to implement. However, due to the limited amount of time granted by the CSU Chancellor’s Office (CO), the proposal did not include set curriculum, but an outline of a plan.

With the Faculty Senate still voting to not implement the Executive Orders in spring 2018, CSUN President Dianne Harrison used her administrative power to overrule their decision and made EO 1110 effective for fall 2018.

Due to the standstill of the Faculty Senate prior to this decision, the Educational Policies Committee was ignored in the implementation of EO 1110 and math courses were pieced together without evaluation of data or previous developmental courses that took years to create by faculty members like Stevenson. These new courses are currently being offered in the Math Department.

“The changes aren’t bad,” said former CSUN Provost and Vice President of Student Affairs, Dr. Harold Hellenbrand. “I don’t think they’ve been thoroughly justified, but the worst problem is that they were imposed without consulting the appropriate people. In the community colleges where it was proposed there, they were actually given more authority over the curriculum than the faculty here. It was just badly thought out.”

In fact, EO 1110 and the change in the definition of quantitative reasoning (QR) in EO 1100-R ignores the findings of a CSU-wide mandated QR task-force co-headed by Stevenson. The release of the report was put on hold back in September 2016 as the CO informed Stevenson that it conflicted with their big announcement of Graduation Initiative 2025 — an initiative from the CO for a larger push in graduation across the CSU system that brought about EO 1110 and EO 1100-R.

“When the big announcement came, we wondered why (the report) was not part of GI 2025 because GI 2025 is trying to get more people to graduate,” said Stevenson. “This is all about that so why didn’t you just combine it, embrace it. That report was almost completely ignored when they made the executive order and even worse still, it was sort of used.”

Reflective of that task-force and ignoring the report, the General Education Task-Force created at CSUN earlier this year issued a report with their solution for the implementation of EO 1100-R. While their findings were presented to the Faculty Senate for voting, the CO found the solution to be out of alignment with the Executive Order and will not accept their recommendation if it is passed.

“How can you make these crazy decisions without knowing the impact, without having studies to back up why we do what we do?” asked former Asian-American Studies Department Chair, Gina Masquesmay. “This becomes just like we have to do it because they tell us so. That’s stupid, that’s not being an educated person.”

In August 2017, EO 1100-R was distributed to all 23 CSU campuses — an executive order detailing GE requirements as part of the CO’s efforts to streamline education across the CSU system and improve graduation rates. The caveat at CSUN was the lack of the campus’ unique Section F in EO 1100-R, the comparative and cross-cultural studies requirement.

“If nothing else comes out of this, it has allowed for more communication across campus about issues that are important,” said Faculty Senate President, Dr. Mary-Pat Stein. “I believe that the cross-cultural studies and ethnic studies departments are absolutely required for our students, especially in today’s political climate, and it really has opened this door for faculty to think again about General Education.”

Due to the continued debate on campus and the evolution of the issue regarding the Executive Orders, the Faculty Senate will also take two votes in regards to their lack of confidence in CSUN President Dianne Harrison and CSU Chancellor Timothy White.

“As much as we’ve had all of this protesting, Section F is going to be maintained,” added Stein. “Now I think the protesting is about principle. The CO should have known the importance of Section F and should have taken that into account before they mandated these executive orders.”

The Faculty Senate meeting will be available and open to a limited number of guests due to room capacity but will be live-streamed in the Oviatt Library and available on YouTube at 2 p.m. on Thursday, Dec. 6.