Chasing a dream and a degree 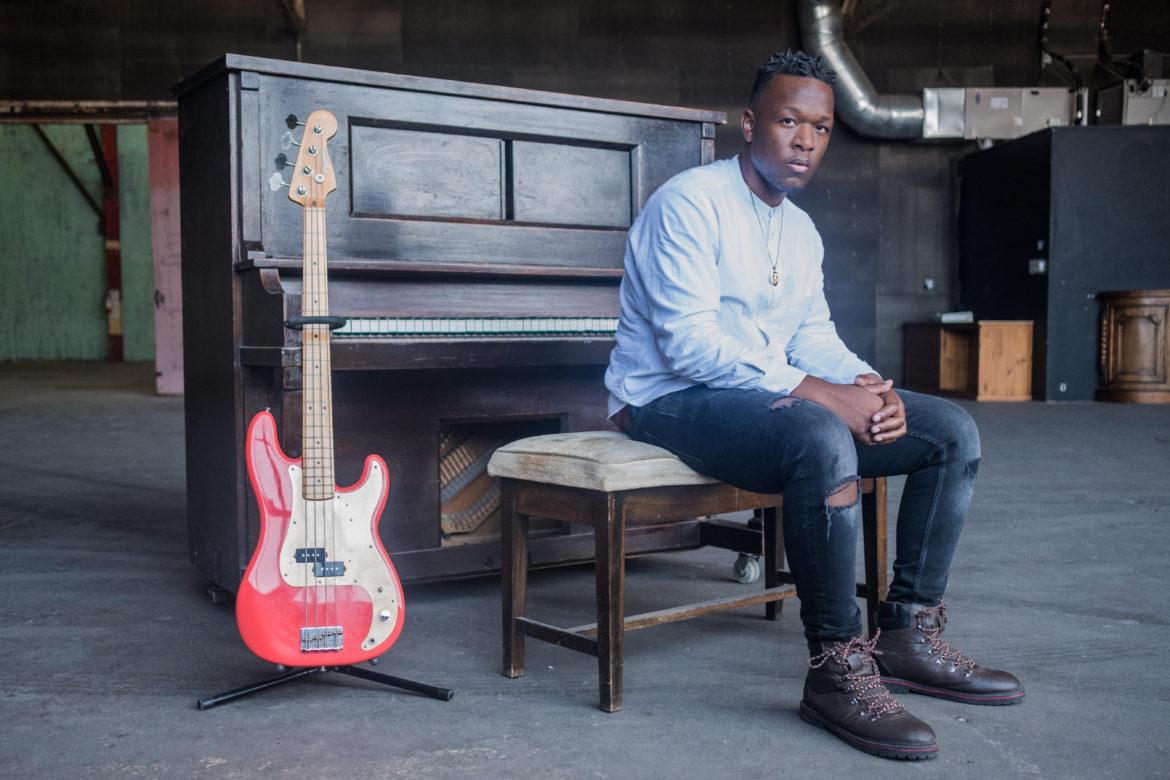 Kaylon Hallman, 23, gained over 1.2 million plays on his single "Where Did She Go" during his college career here at CSUN. Photo credit: Sarai Henry

At 23 years old, Kaylon Hallman has finally reached his final semester at CSUN where he will obtain a bachelor’s degree in liberal arts with a business minor. Hallman has generated a buzz with his music, gaining over 1.2 million plays on his single “Where Did She Go” during his college career here at CSUN.

Hallman grew up on the streets of South Central, Los Angeles. Growing up in South Central was a struggle for him, but his loving and strong mother has taught him not to be a statistic.

His family and church have played a major role in transforming Hallman into the musician he is today. As a child, he has spent every Sunday morning in the church at Greater Found of Life Church of God in Christ.

Everyone in Hallman’s immediate family plays at least one instrument. At the age of 4, he began learning how to play instruments (piano, bass, guitar) and learned to sing. His grandfather is his biggest inspiration to play music. He showed him how to hold a melody and by the age of 17, he started his journey as a songwriter and producer.

Hallman started attending CSUN right after graduating from Lou Dantzler Preparatory Charter High School in 2013. During his five-year journey, he has learned to find balance in chasing the dream of becoming a successful musician and obtaining a college education.

The media often portrays artists dropping out of college to become full-time rappers, singers, etc. and they make it. For Hallman, he was dedicated to following through on all of his goals that he had as a freshman at CSUN.

“For future artists that are in school, I would say stay on course,” said Hallman. “Understand that you gotta do what you gotta do in order to do what you want to do. These are qualities I learned from my experiences in life and I feel they can help others. If I can do it, you can do it.”

His hard work and dedication has led him to work with artists and producers such as Game, Bongo, Anderson Paak and Aldae Long.

“My results in the past inspire me the most, my music has reached a million plays without being signed,” said Hallman.

On Nov. 4, 2018 Hallman released his very first visual to his most popular song to date titled “Where Did She Go.” The video is an acoustic version of the song that shows off his natural vocal abilities and him playing the bass.

In “Who Are You,” found on his EP, Hallman sings, “It’s my job to work hard, and I got to do my part … never start things, and then you don’t get consistent.”

His music can be found on all music platforms (Apple Music, Spotify, Soundcloud, etc.) or you can find it on his website, kaylonmusic.com.