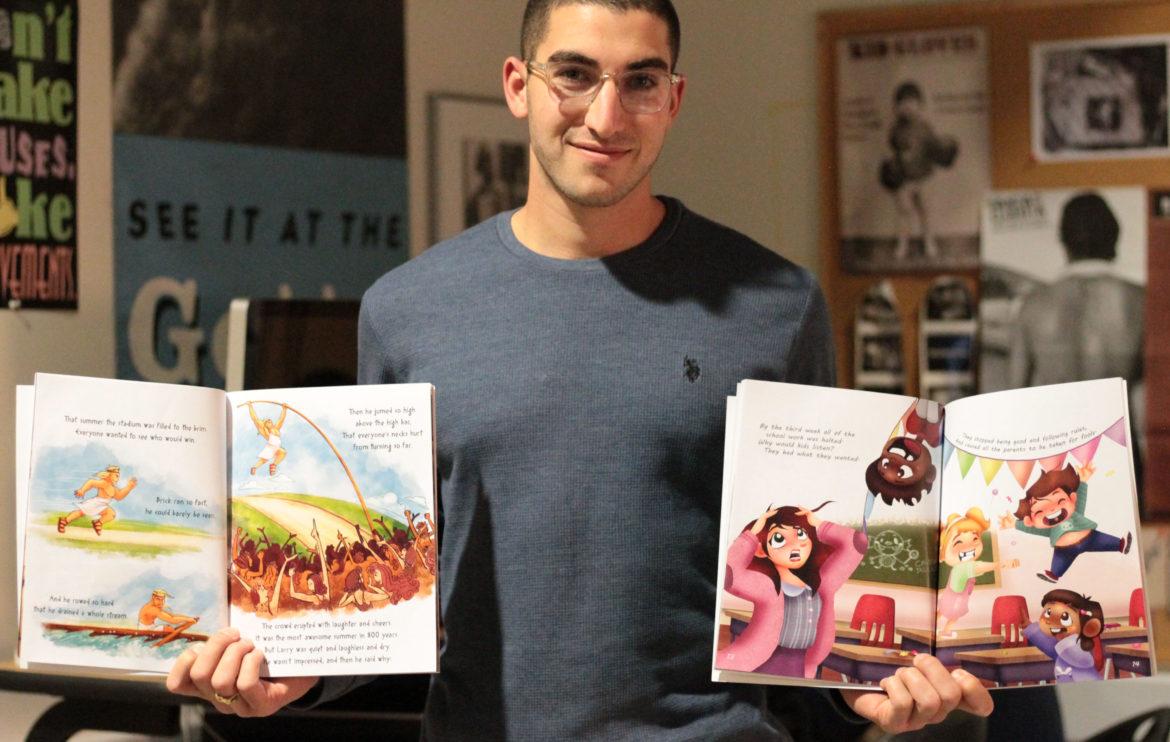 Recent CSUN grad and author Jesse Orenshein is helping current students bridge the gap from students to professionals by recruiting them to work as illustrators on his series of children’s books. Louise Calvento, an animation major who graduated this fall, was the first to take him up on his offer.

“This was my very first children’s book experience,” Calvento said. “And I’m using the knowledge I learned from making this book with (Orenshein) at my current job. If anything, he was the reason why I got this gig I have now.”

Since graduating in May of 2018, Orenshein has published two books with CSUN artists and is in production on seven more with five other Matador artists. He describes the working relationship as a partnership and is offering interested artists an opportunity to develop new skills and challenge themselves creatively.

“I give the artists a lot of creative freedom,” Orenshein said. “Sometimes I have specific ideas for how I want something to look, but mostly it’s a collaborative process. And they’ve come up with some amazing stuff that I wouldn’t have even thought of.”

His second book, “The Strongest Man,” was just published last Friday. Its release coincides with the launch of his website and self-publishing brand: Grandpa Herbie’s Stories. All stories published under this umbrella will follow three rules that Orenshein feels are important elements of his style of storytelling: they rhyme, are adventurous and teach a moral lesson. The site features Orenshein’s current work and a peek at his upcoming projects.

“It’s named after my grandfather who taught me to love story telling,” Orenshein said.

Orenshein, who transferred from Santa Monica College, started putting flyers up around campus during his first semester at CSUN. He quickly received dozens of responses from interested artists. Calvento was the first to send him a portfolio.

“I was blown away by her work,” Orenshein said. “She’s such a talented artist and it was a great experience working with her. I’ve been impressed by all of the CSUN artists I’ve worked with, with the professional quality of the work they’ve shown me.”

Calvento and Orenshein worked together on “The Boy Who Owned a Candy Store,” which was published in June 2018. For Calvento, the experience was transformative, teaching her new skills and preparing her for a career path she hadn’t envisioned before.

“It taught me how to storyboard, how to structure books, it takes a lot of planning,” Calvento said. “And I’m actually doing children’s books as a living right now because of it.”

Orenshein has been busy since graduating, finishing 14 stories that still need collaborating artists.

“I work faster than I can find illustrators,” Orenshein said.

Orenshein is still looking for artists and still putting up fliers around CSUN. If you ask Calvento for her advice, she’d tell you not to just walk past those bulletin boards on campus.

“If you see an opportunity, take it,” Calvento said. “You don’t know where it could lead. I thought this was something small, but it became this real legit book that I have. It’s always been on my bucket list to have a book, and now it’s given me experience in real life, a career. So, if you see something that interests you, just go for it.”