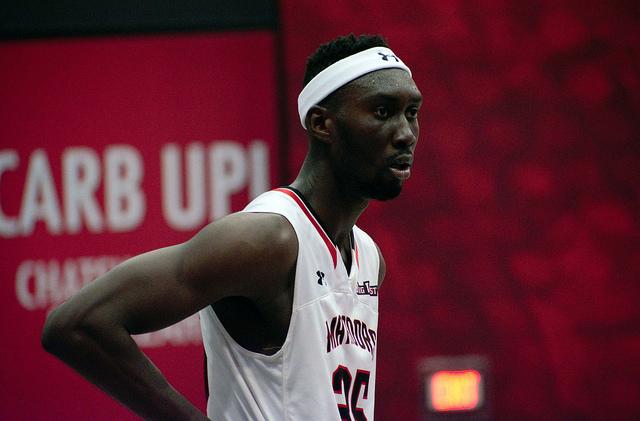 The men’s basketball team lost heartbreakingly to Pacific on Sunday, blowing a three-point lead with 40 seconds left in the game to lose 79-77.

In a game that saw five lead changes, as well as five times where the score was tied, it’s only fitting that it would come down to the final seconds to determine a victor.

The Matadors held the lead with less than a minute to go, but a rare mistake from sophomore Terrell Gomez saw the Tigers tie the game on free throws after Gomez fouled senior Roberto Gallinat on a deep three-point attempt.

With the game tied and only 32 seconds remaining, the Matadors attempted to drain the clock and take the last shot, but their efforts were wasted after freshman Darius Brown coughed up the ball and the Tigers hit the game-winning layup with only two seconds left.

“I think the number one thing is you got to be able to finish a game,” coach Mark Gottfried said. “We didn’t finish it and (we were) in a position to finish it, and we got to do a better job. But we got to keep our head up, and you got to bounce back. You got a lot of games left to play, and unfortunately, we just don’t have a lot to show for it tonight. But I thought our guys played hard. They played well at times. We just got to finish the game a little better.”

Brown, despite the turnover at the end, would have a nice game as well, recording 11 points, seven assists, four rebounds and three steals.

They would be the only starters to play up their season averages in what was a game to forget for many Matadors.

Gomez, who averaged 18.1 points and 3 three-pointers per game entering the contest, scored 11 points, but shot 1-7 from a distance and had only one assist.

“(Gomez can) find other ways to benefit the team,” Brown said. “You know, if you can’t hit shots, you got to step up, do something else. Assists, defense, steals. Everybody has an off shooting game, so nobody holds it against him. It is what it is.”

Graduate transfer Cameron Gottfried scored only three points while senior Blair Orr went scoreless and played just 12 minutes in what was his worst game since entering the starting lineup four games ago.

With the starters unable to perform to their usual standards, it was up to the bench to carry the load, scoring a season-high 29 points.

Junior Rodney “Rocket” Henderson was electric, scoring 17 points in only 19 minutes and hitting all five of his three-point attempts, while freshman Elijah Harkless contributed seven points, two rebounds and two assists in 11 minutes of action.

“I thought (Henderson) gave us a great lift and made some big shots at some critical times, crucial times,” said coach Gottfried. “He did a really nice job.”

After the loss, the Matadors now have a record of 3-7. They will travel to New Mexico State for a 6 p.m. game on Wednesday, Dec. 19 for the next round of the Continental Tire Las Vegas Classic before heading to Las Vegas for the final rounds next weekend. They will play SIUE on Saturday, Dec. 22 at 11 a.m. before playing either Northern Colorado or Rider on Sunday, Dec. 23.

The Matadors’ next home game is on Saturday, Dec. 29 against Morgan State at 7 p.m.