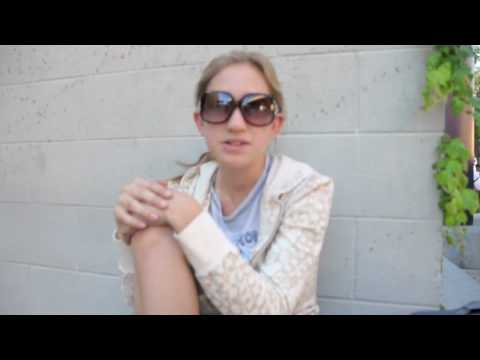 CSUN business major Lisa Lautman loves drawing and has used the career of Michael Jackson as an inspiration. This year was tough because of the loss of Jackson, who she’s looked up to the last seven years. Since Jackson’s death, she has listened to his CDs so much that they are now beaten up and scratched from use.

Raised in California, Lautman became interested in Jackson during her first year at Grant High School. She watched a documentary that focused on many of the negative aspects during the decline of Jackson’s career. It had some clips of him dancing and singing, which intrigued Lautman and moved her to research more about his life and his music. Since that documentary, she became a huge Michael Jackson fan.

Though her love of Jackson started in high school, Lautman has always enjoyed drawing.

“I’m a business major in the art department,” said Lautman, 22. This is her senior year at CSUN and she wants to change her major to art.

Lautman has applied inspiration from the late Michael Jackson’s music career and creative dance moves to her art. In high school, Lautman was given a project in ceramics to create a torso and head sculpture. She decided to create a sculpture of Michael Jackson. Her teacher liked the sculpture so much it was displayed in a class exhibit. It is still on display in her room as a reminder and in memory of the life Jackson lived.

Lisa Lautman expresses her feeling over the death of the King of Pop.