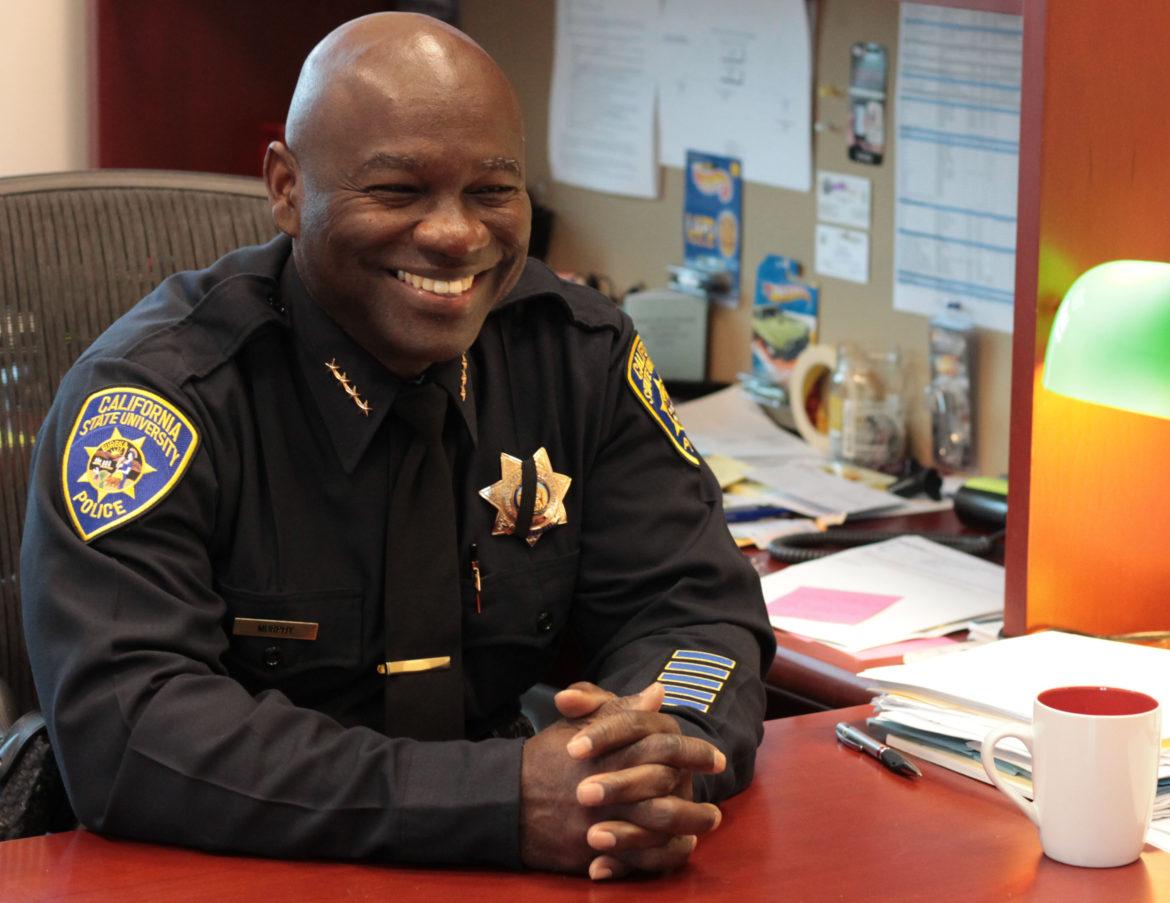 Officer Gregory Murphy assumed the position as the new Chief of Police for CSUN on Jan. 7. He will be replacing Anne P. Glavin, the former police chief who served more than 15 years with the university police department.

“I am ecstatic to be here at CSUN,” said Murphy. “I have never enjoyed a warmer welcome to a community than I have here at CSUN.”

Murphy joins the CSUN community with an extensive background in patrol, investigative and administrative experience. Prior to joining law enforcement, he served six years in the Air Force, specializing in missile systems and computer operations, receiving a bachelor’s degree in computer science.

“After serving six years in the Air Force, what I discovered was my desire and capacity for public service,” said Murphy. “It was a lot greater than I probably would have imagined.”

That calling for public service led Murphy to join the LAPD after his time in the Air Force, where he would serve 10 years with the department. In the course of his career, Murphy transitioned through various positions and agencies within law enforcement.

“I worked for the LAPD, the California Commission on Peace Officer Standards and Training, UC Davis as a lieutenant, Sierra College as Chief of Police and UC San Diego as Assistant Chief,” said Murphy.

Now at CSUN, Murphy indicated that currently, the majority of problems on campus are personal property crimes. Specifically, theft from vehicles or items left unattended. In addition, campus law enforcement faces a student population still recovering from the mental fatigue of threats made to the campus and students last semester.

Although the threats were never confirmed as credible, many students were uneasy about their safety on campus.

With threats becoming ever more prevalent in densely populated areas, Murphy says one of his goals at the CSUN campus is to improve the communication and trust among students and campus law enforcement.

“We have to educate our community that when you see things that you know are of high concern, please inform us immediately,” said Murphy. “It’s impossible for me to get in front of something that has already gotten in front of me!”