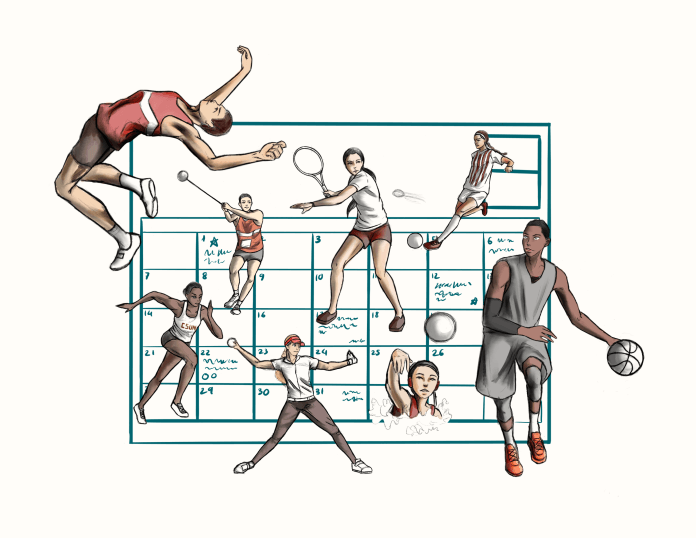 Men’s volleyball at Pepperdine at 7 p.m.

*Women’s basketball vs. Cal State Fullerton (available on CSUN Sports Network) – The Matadors enter this game sitting in second place in the Big West standings with a 4-2 record. The Titans are in third place with a 3-2 record, leaving CSUN with little wiggle room if they wish to keep pace with first-place Davis.

*Men’s volleyball vs. Princeton at 7 p.m. – After a weekend in which the Matadors were swept at home, their first home loss since April 2018, the volleyball team welcomes Princeton (1-5) to the Matadome. If they win both games, a tall task considering Pepperdine’s 5-2 record coming in to the week, the Matadors would pull ahead of the .500 mark for the first time since they started their current three-game losing streak.

*Men’s basketball vs. Cal Poly at 7 p.m. (available on CSUN Sports Network) – After shrugging off poor performances against Hawaii and Irvine, the Matadors used a big second half to beat Long Beach and enter this week in fourth place in the Big West with a 3-2 record. A win over Fullerton on Wednesday, which is no easy task, would see them potentially jump to third place, though another win over Poly could see them move as high as first place depending on the other results throughout the week.

*Women’s tennis vs. San Jose State at 12 p.m. – The tennis team has only one official matchup this week against San Jose, a team that is already 2-0 to start the year. The Matadors have started off the season in similar fashion, beating Chaminade and Westmont but losing to Hawaii for a solid 2-1 record. Coming off a season in which they went 7-12, CSUN is hoping that this is the year that they bounce back and record their first winning season since 2014-15.