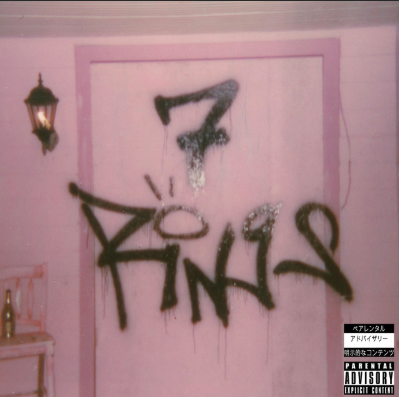 The 2013-2015 alt-indie music scene is slowly crawling back with the revival of alternative bands like The Strokes and Vampire Weekend. The band’s return will officially kick off with the release of their upcoming spring album, “Father of The Bride.”

Vampire Weekend, whose last album was released six years ago, dropped “Harmony Hall,” a summer ballad with lyrical themes of discontent and change. The track has passages of acoustic guitars and piano instrumentation enveloped by strong background harmonies. Ezra Koenig’s youthful vocals carry the tune as he repeats the mantra, “I don’t wanna live like this but I don’t wanna die.”

2. “Not Enough” by Benny Sings

Dutch artist Benny Sings has been said to be one of the most underrated producers and artist of today’s indie-pop mainstream. “Not Enough,” a tune with thick jazz and neo-soul influence, marks Sings’ first single for his upcoming album to be dropped on Feb. 22. After working on and producing successful hits like Rex Orange County’s “Loving is Easy,” this song is an effortless nod to what we might see in the singer/songwriter/producer’s promised works.

“Middle Child” has sounds of both old-school hip-hop intertwined with trap which heavily allude to the message portrayed in its lyrics. Critics of Cole have discredited his conscious lyricism, saying he loses edge when collaborating with artists like Kodak Black or 21 Savage. This track is in response to being put in that position, Cole acknowledges he is the “Middle Child” of his genre.

“Assume Form” is Blake’s latest studio-album which follows his participation in huge albums like the Black Panther Soundtrack and Beyonce’s “Lemonade.” The album features artists like Metro Boomin, James Blake, André 3000 and ROSALIA.

“Mile High” is Blake’s highest streamed song from the album and it features both Metro Boomin and Travis Scott. It’s a mellow take on trap and synth sounds with a sort of melancholic exchange between Blake and Scott.

5. “Moderation” by Florence + The Machine

“Moderation” is one of two tracks Florence + The Machine just recently released following the drop of their 2018 album, “High As Hope.”

The tune is dominated by a booming piano and drum instrumental. Front-woman Florence Welch sings of facing an apathetic character with lyrics like, “Want me in moderation? Do I look moderate to you?”

Ryan Adams most notably commands beautiful and eclectic songwriting but it’s not uncommon that he drops a hit like this one. After 16 studio albums, Adams has again created an organic tune titled, “F*** The Rain.” The song carries a not-so-obvious rainy mood with John Mayer showing up for a guitar solo.

Ariana Grande dropped this single teasing the release of her fifth studio album to be titled, “thank u, next.” The song managed to pull in an impressive 85.3 million U.S. streams, according to Complex. In the song, Grande sings about her addiction to materialism and her love for “sharing her riches.”

The sound is unique, to say the least. She samples the classic song, “My Favorite Things,” and it parallels a mix of Soulja Boy’s flow with Taylor Swift’s 2017 “Look What You Made Me Do.” It also has distinct touches of trap and rap, something Grande isn’t new to as she also had a trap edge in her 2018 album, “Sweetener.”

“Meet Again” is a new track by Houston rapper Maxo Kream. The tune divulges about how the treatment of criminals in the justice system has taken a negative toll on him.

With compelling lyrics like, “I got homies in the grave, I got brothers in the pen / I got some that’s comin’ home, I got some that’s going in,” Kream appears to be creating a conscious narrative as a rapper. Notable mention to the beat of this song which is catchy, clean cut and does well with not taking light off its lyricism.

New York rapper Casanova raps on a catchy beat with artists Tory Lanez and Davido. The tune is much more laid back than Casanova’s usual aggressive rap style. Instead, this song is made up of fun dance-along beats and melodies. Its catchy sound makes up for the lack of in-depth lyricism.

Listeners will most likely remember Mike Posner from his 2010 hit “Cooler Than Me,” but the singer has been up to quite a lot since his mainstream pop days. This song of his latest 2019 album titled, “A Real Good Kid,” chronicles his experience with the loss of a lover who undoubtedly cannot be erased.