Chancellor says there will be no tuition hike 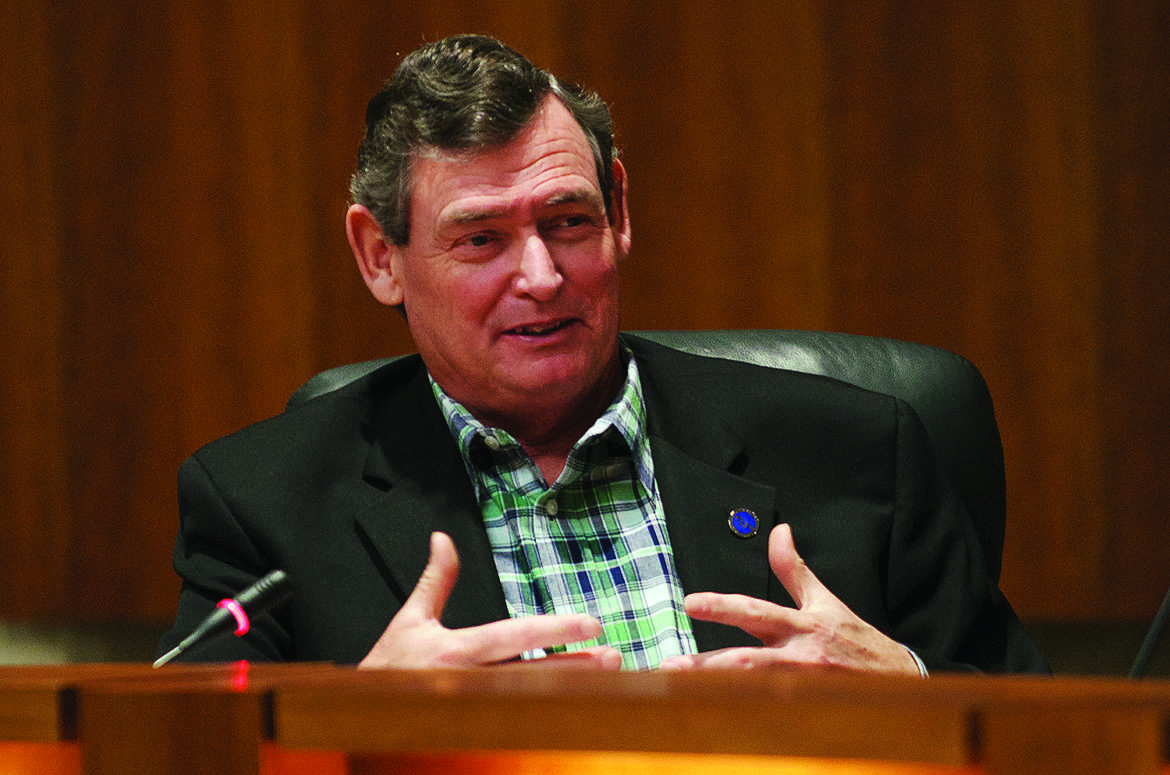 CSU Chancellor Timothy P. White speaks at a presentation at a CSU board of trustees meeting on Nov. 4, 2013. White recently answered questions about his plans to increase accessibility to classes for CSU students. Photo credit: Alex Vejar

Concerns about the CSU system facing possible tuition increases next year due to a budget shortfall have been averted following the release of Gov. Gavin Newsom’s budget, according to CSU Chancellor Timothy White.

Tuition increases for next year are “off the table” White said during his annual State of the CSU Address at Cal State Long Beach last week.

Newsom’s budget includes a $300 million increase in ongoing funding for the CSU system as well as a one-time grant of $247 million for infrastructure repair and improvement and $15 million to provide low-income students with food and housing assistance.

“This is an unprecedented start and a serious investment in California’s students,” said Jennifer Eagan, president of the California Faculty Association, which represents over 28,000 CSU faculty members, in a press release. “Now the CSU will have enough money to enroll more students, provide appropriate levels of mental health services for students, and improve tenure track hiring.”

The additional funding will allow the CSU system to enroll more than 8,000 additional students, although the CSUs proposed budget released by the Board of Trustees had hoped to increased enrollment by 21,000. Last year, 31,000 qualified students were turned away due to a lack of space, according to the CFA.

CSUN’s campus has facilities in need of repair and improvement which the nearly $250 million outlined in the Governor’s budget could help with, according to Jason Wang, Director of Physical Plant Management at CSUN.

“CSUN has an ongoing deferred maintenance plan with about $1.3 million per year dedicated to ongoing projects,” Wang said in an email. “The proposed budget infusion for deferred maintenance from the State budget will assist in reducing the project backlog and ensure the campus continues to be able to educate our students.”

Newsom’s budget still needs to be approved by the state legislature, which will go through a revision process in May to account for any changes in the economy that could occur during the spring. The Legislature will vote on the budget in the summer.