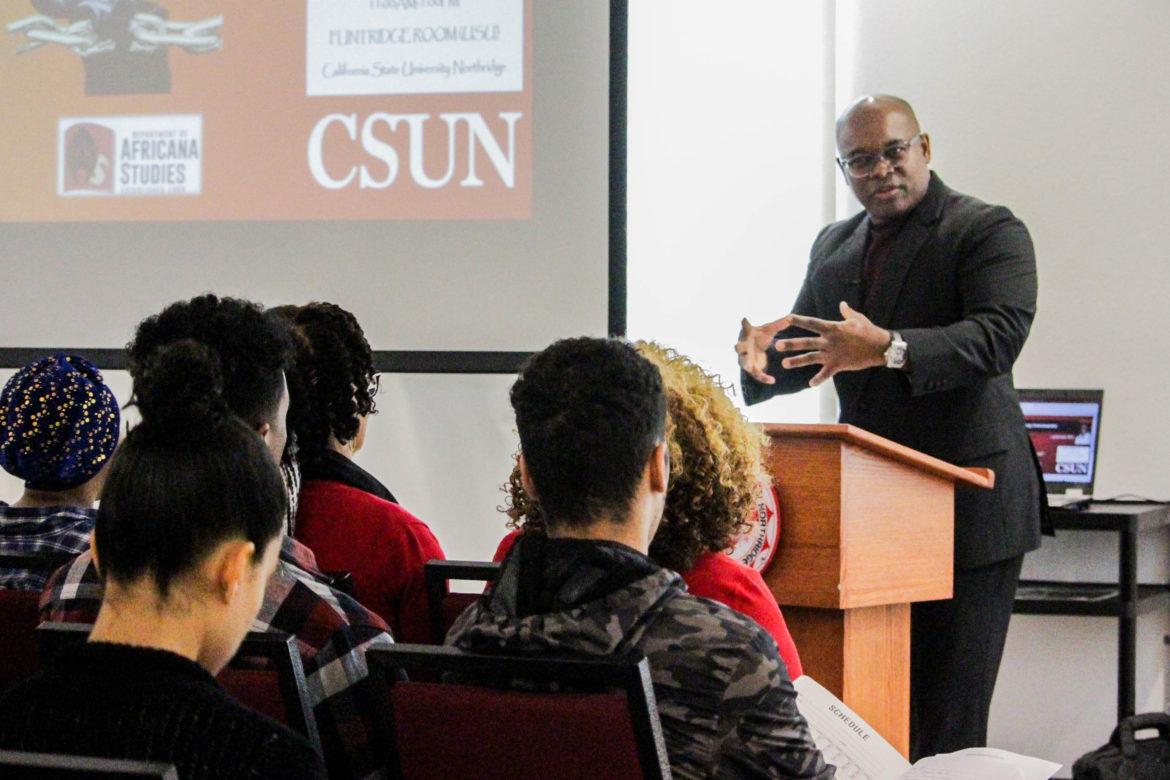 Leslie Small tells stories of his time in the Black Student Union at the kickoff event at the USU for Black History Month Friday, Feb. 1, 2019 "In the environment where we were being oppressed, we transformed our conditions. We didn't leave, we didn't hear," Small said. Photo credit: Chelsea Hays

Small, the former president of the Black Student Union (BSU) at CSUN, was asked to kick off Black History Month by longtime professor of the Africana Studies department, Cedric Hackett.

Hackett hopes that events like these will “promote a positive racial identity and racial uplift of people of African descent.”

Small, instantly ignited the room by telling stories of the struggles the BSU endured in the ’90s. He joked about how a debate between the history department faculty and the BSU made the 1994 Northridge earthquake occur due to its uproar.

Small grew up in the Pacoima Projects in the ’90s, a neighborhood in California that was swept with gang activity. Now the former Matador is known for directing 43 films and producing 15 others such as “Mo Funny, Mo Laughs,” “Kevin Hart: What Now?” and “Kevin Hart: Laugh at My Pain.”

Small spoke highly of the importance of being the best version of yourself without forgetting the history of your culture.

He discussed how learning of different cultures should be required, harkening to recent developments at CSUN, namely Executive Order 1100-Revised (EO 1100-R), which recently attempted to minimize comparative culture classes within graduation requirements.

As the crowd began to exit, they were encouraged to take a rock before leaving and write an event from African history on it to pass along, spread awareness and create unity among campus cultures, symbolic of the South African cave stone that bears the worlds oldest drawings.