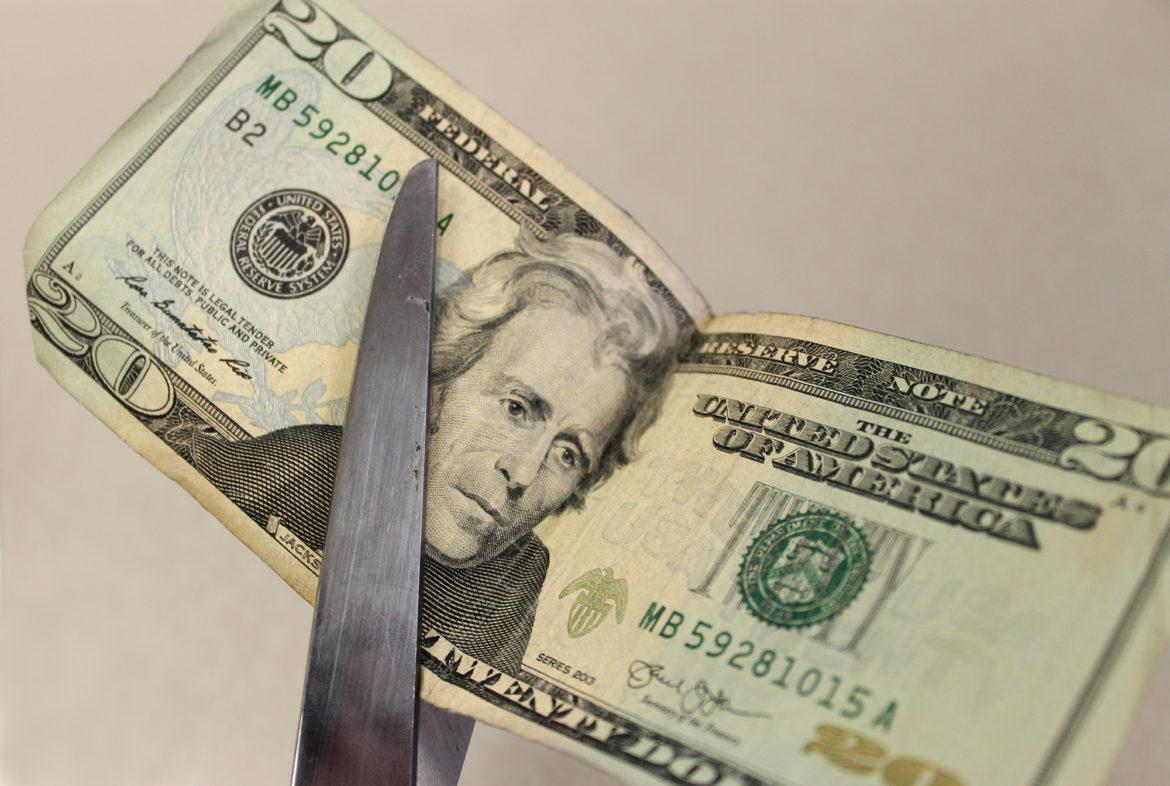 Budget cuts are being implemented across campus, caused by a combination of lost tuition revenue, the cost of increased full-time enrollment and rising faculty compensation.

Each of the eight colleges on campus are figuring out how to make the cuts while limiting their effect on instruction.

The College of Science and Mathematics will be combining classes, which will lead to larger class sizes, and canceling sections with low enrollment, according to Dean Jerry Stinner.

“Of course that could have an impact on graduation times,” said Stinner. “But unfortunately we’ve got to do it.”

They will also be limiting travel expenses and delaying improvements or replacement of equipment such as computers and vehicles. In addition, they will be reducing student assistants employed by the college by about 20 percent, said Stinner.

The College of Engineering and Computer Science has raised the enrollment cap on some classes to increase their sizes and accommodate the increased units students are taking, according to Dean Hamid Johari.

“The goal has been to minimize the impact on our students and their education while addressing the budget shortfall,” Johari said.

Some colleges have been luckier in finding ways to offset the cuts, like The College of Education, which has received a donation that will offset most of its reductions, according to Dean Shari Tarver Behring.

The colleges will also be looking at reducing the reassigned time for faculty. This is paid time for the faculty to spend doing work outside of classrooms such as committee work, research and advisement/training of students. Less reassigned time for faculty will mean they have less time to work on faculty committees, to mentor students and train students outside the classroom such as in research laboratories.

“One of the core parts of the College of Science and Mathematics mission is the training of students in the laboratory and research methods, doing research projects with faculty and graduate students,” Stinner said. “Of course, it’s shown over and over again to be a high impact practice, but we just have to keep chipping away at that, unfortunately.”

One of the primary causes of the cuts is a loss in student enrollment fees of about $8.5 million. While student enrollment is still high at CSUN and many programs are still impacted, it’s about 5,000 lower than it was at its peak four years ago.

The decrease in enrollment has come from both resident and non-resident students. The drop in international students is part of a national trend which saw an average decline of nearly seven percent across the country last year, according to Inside Higher ED.

The decrease in international students at CSUN over the last four years has equaled a loss in revenue of about $6.2 million, according to Sharon Eichten, associate vice president of Budget Planning and Management.

Rising costs have also contributed to the cuts in the form of the CSU Graduation Initiative 2025. The goal of that initiative is to increase timely graduation rates. In line with that mission, advisers have been encouraging students to take on more classes which have led to an overall increase in average units per student. That increased demand for classes has required the colleges to offer more sections, which cost the school more to provide.

“Our students are taking more units, which is great. That means hopefully they graduate faster, but there is an additional cost for that,” Eichten said. “Because now as our average unit load rises, which it has been, that means more course sections. That’s more cost, but less money to cover those costs.”

The success of the initiative is reflected in the overall increase in full-time students. But the related cost doesn’t show up as a line item on the budget, so it’s harder to quantify. In part, it is reflected in the increased cost of faculty, as more courses require more instruction.

Since 2016, faculty pay across the CSU system has increased by about 17 percent, according to the website for the California Faculty Association. Benefits have been increasing as well, going up to $8.5 million this year at CSUN. But this is really a delayed cost for the CSU.

Faculty raises were canceled following the recession in 2008. Between 2008 and the 2013-14 academic year, faculty received no pay increases, including scheduled increases based on accrued seniority, and even lost pay due to furloughs. During a dispute over pay between the CFA and the CSU in 2016, an independent fact finder recommended the pay increases that are in place now.

However justified the increased compensation for faculty may be, it still represents an increasing cost for the school that isn’t fully funded by the state, according to Eichten.

While the recent release of Gov. Gavin Newsom’s proposed budget for next year shows an increase in funding for the CSU system, it is too early to forecast how that might affect CSUN. The colleges are preparing for more cuts in the fall, with many concerned about the difficulty of operating any leaner, according to Stinner.

“Back in 2008 we had to do some big budget cuts,” Stinner said. “The CSU’s budget was cut by a third by the state and that really depleted any fat, any reserves we had. So these budget cuts hurt, let me tell you.”