Matadors lock in on defense in Long Beach win 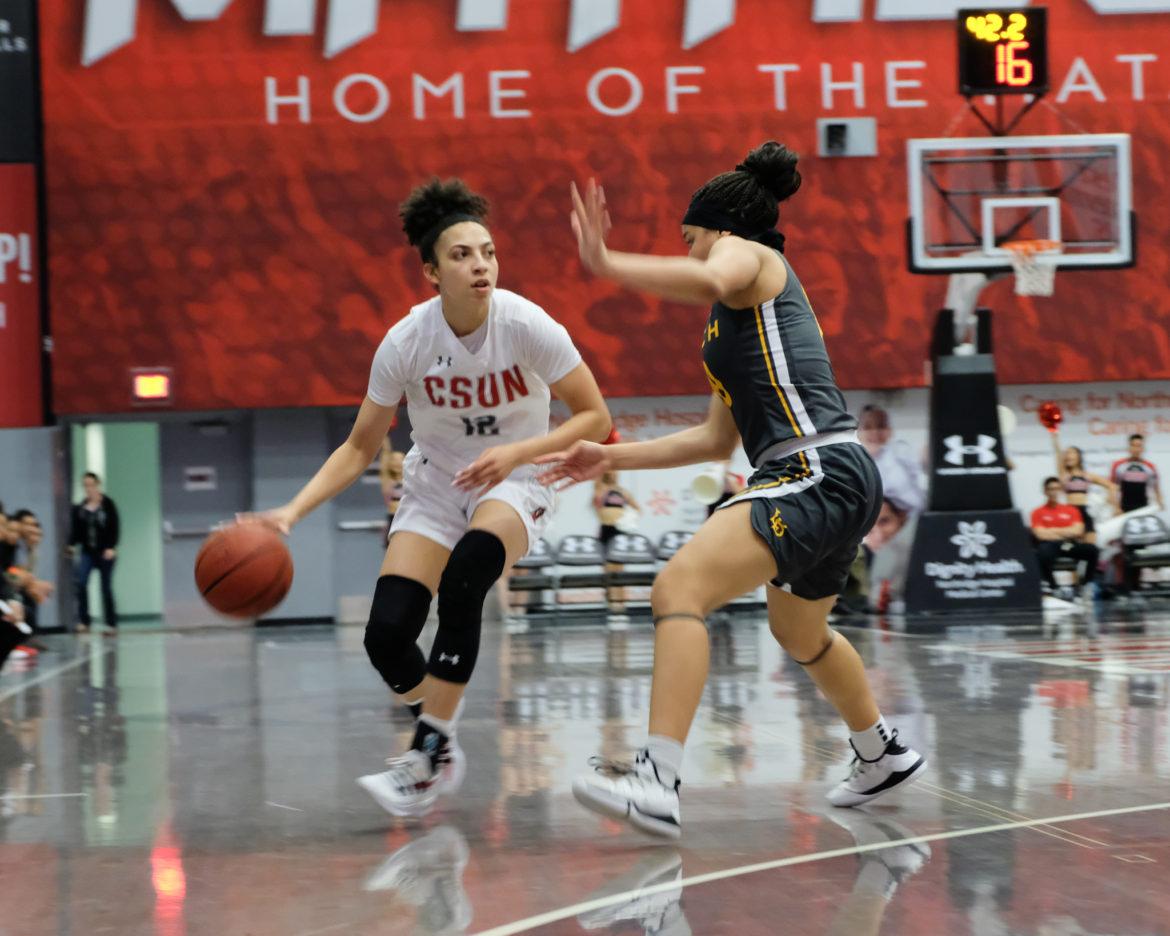 Sophomore Meghann Henderson attempting to drive past a Long Beach defender in the win over the 49ers on Thursday. Henderson scored a career-high 17 points, going 6-8 from the field and 4-5 from beyond the arc in the 60-45 win. Photo credit: Blake Berry

The women’s basketball team defeated Long Beach State in a wire-to-wire 60-45, holding the 49ers to 23.7 percent from the field, the eighth lowest that the Matadors have allowed in their D-I history.

“For the most part, our focus on the defensive end was pretty good tonight,” said head coach Jason Flowers. “We followed the game plan, we did what we wanted to do. At times, we had lapses and gave up double penetration, which gave up open shots or offensive rebounds. I thought overall we did a better job on the defensive end.”

The lead was never relinquished as the Matadors ran out to an 8-0 lead about five minutes into the first quarter, maintaining a sizable lead throughout the duration of the game.

This was similar to the matchup in Long Beach on Jan. 30, when CSUN won by a score of 51-37. During this game, the Matadors held the 49ers to a field goal percentage of 21.3 and 27.3 percent from the three-point range.

Sophomore Meghann Henderson said after the game that the mentality was just to play with confidence and energy.

“They beat us here last year, so we knew they were going to come in with energy and confidence and want to beat us,” she said.

Henderson had a career night as she went 6-8 from the field, 4-5 from the three-point line and 1-2 at the free throw line to finish the game with a career-high 17 points.

“When I was open, I was just shooting it. I wasn’t thinking about where I was, especially with the clock winding down and it’s all about the guards creating a shot,” said Henderson. “I just came in with a lot of energy and confidence for my team and just played for my teammates around me.”

“It’s good for (Henderson) to see the results of putting in work and focusing on the process of doing what it takes to be good,” said Flowers. “I’m really happy for her that she came out and performed the way she did tonight.”

The Matadors remain in second place in the Big West standings with a record of 14-12 and 8-4 in conference play. There are still four games left this season to work towards closing the gap with first-place UC Davis.

Their next two games are on the road at UC Riverside on Thursday, Feb. 28 and Cal Poly on Saturday, March 2 before coming back home on Wednesday, March 6 to host UC Irvine at 7 p.m.