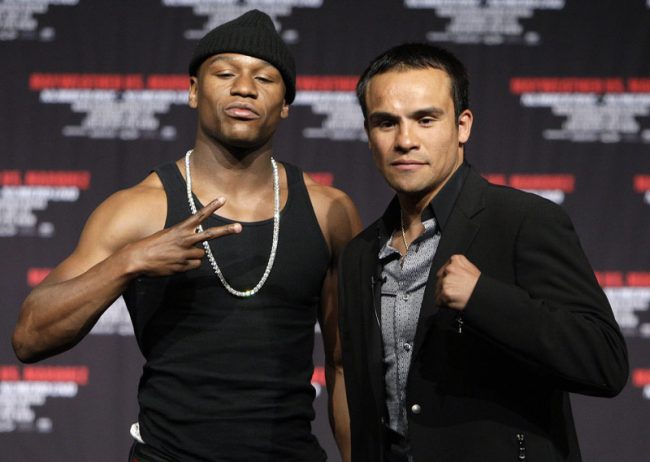 Boxers Juan Manuel Marquez, right, of Mexico, and Floyd Mayweather Jr. face off during a news conference at the MGM Grand in Las Vegas, Saturday, May 2, 2009. Mayweather formally announced his return to boxing Saturday, less than a year after he retired and said he was through with the sport. The two will fight on July 18 in a fight with a 143-pound limit. (AP Photo/Jae C. Hong)