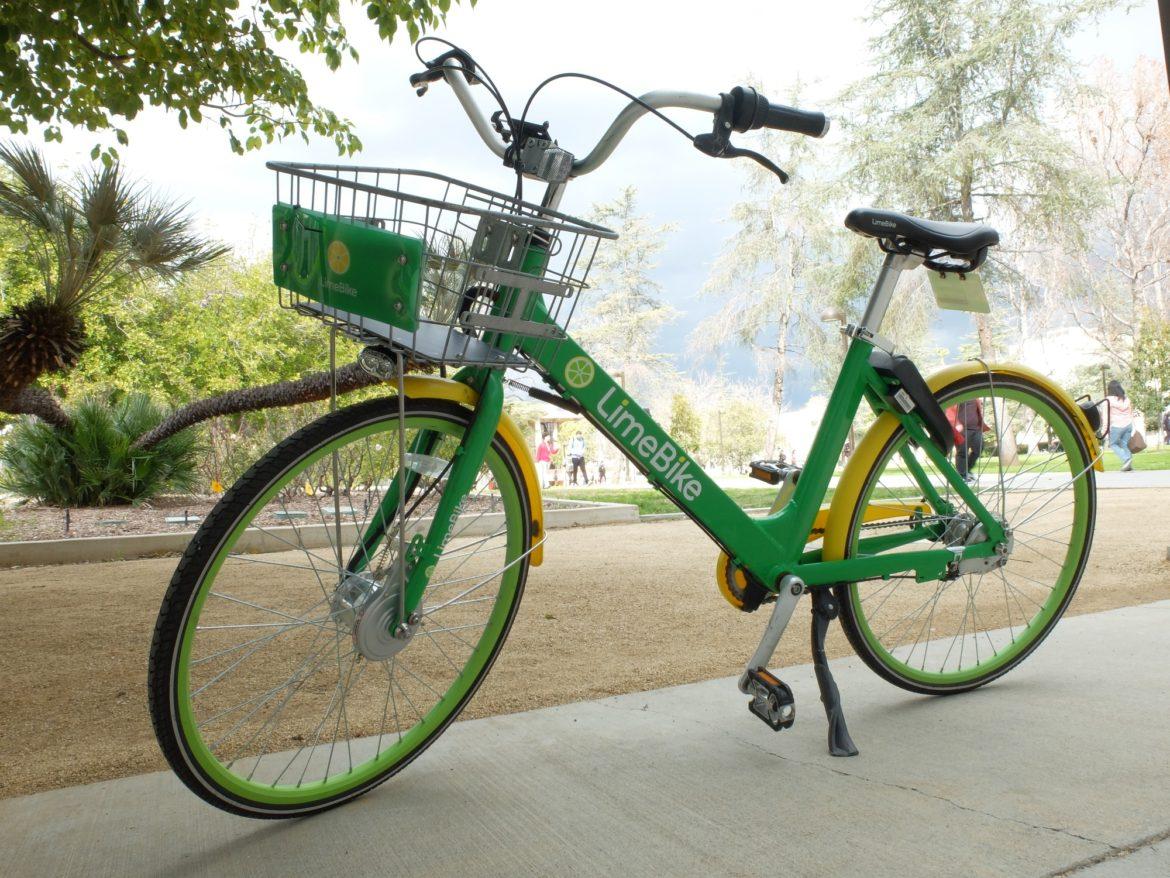 The LimeBike program will be ending on March 19 after being avalible for 13 months. Photo credit: Emmanuelle Roumain

The LimeBike program is coming to an end at CSUN on March 19 as Lime decides to cut ties with the university to focus exclusively on its scooter sharing service.

“Our mission is to provide communities with safe, sustainable, convenient transportation options,” said Courtney Torres, Lime’s press spokesperson. “We remain hopeful we can revisit this with CSUN in the future and are open to finding a long-term partnership tailored to the needs of their students and riders.”

Lime announced their decision at a meeting on Feb. 19 between the transportation rental company, members of Associated Students Support Services and the Sustainability Center.

“Lime has chosen to focus its efforts on its electric scooter business, canceling all university and city contracts across the country,” said Kenneth Premo, Manager of Support Services to the university.

The news comes as an unexpected surprise to faculty and students who had grown accustomed to utilizing the ubiquitous bright green and yellow bikes all over campus and student housing.

In the 13 months since deployment, the program has generated more than 20,000 active users, with an estimated 60,000 miles ridden.

“I don’t like the idea of it ending. I think the faculty should try to figure out a plan to keep it around,” said Adrian Johnson, a business administration major. “I know when I wake up late and only have 10 minutes to get to class, I can usually take a LimeBike and it gets me there on time.”

Although the overall impact of the program was positive, LimeBike had its share of controversy, with a rocky start adjusting to the surrounding neighborhoods that were not happy with the program.

“In the beginning, the program was negatively impacting our neighbors,” said Nikhil Schneider, the Energy and Sustainability Coordinator at CSUN. “There were bicycles being left on their driveways and sidewalks. Students who would park on streets nearby campus would ride to their cars at the end of the day and leave the bikes obstructing pedestrian walkways.”

To counteract the nuisance of bikes being parked illegally around the neighborhood, LimeBike developed geofencing zones for the surrounding areas that had been negatively impacted by the program. The geofencing system implemented red zones on the map via the app, noting certain areas as no-parking zones. Anyone who tried to park in these red zones was sent an alert notifying them they had parked in a restricted area.

The LimeBike program was implemented as part of CSUN’s Sustainability objective for 2023 to reduce vehicle miles traveled by faculty, staff and students by 10 percent. In addition, the campus aimed at reducing vehicle use within the campus’s core and gaining recognition as a bicycle-friendly university.

As the program has now come to an abrupt end, a big question mark hangs over CSUN’s effort to be a more sustainable campus and even more so to reach that goal by 2023.

“As we prepare for the termination of LimeBikes, Associated Students will look into other sustainable efforts that will positively contribute to the reduction of our carbon footprint,” said Beverly Ntagu, the President and Chief Executive Officer for Associated Students.