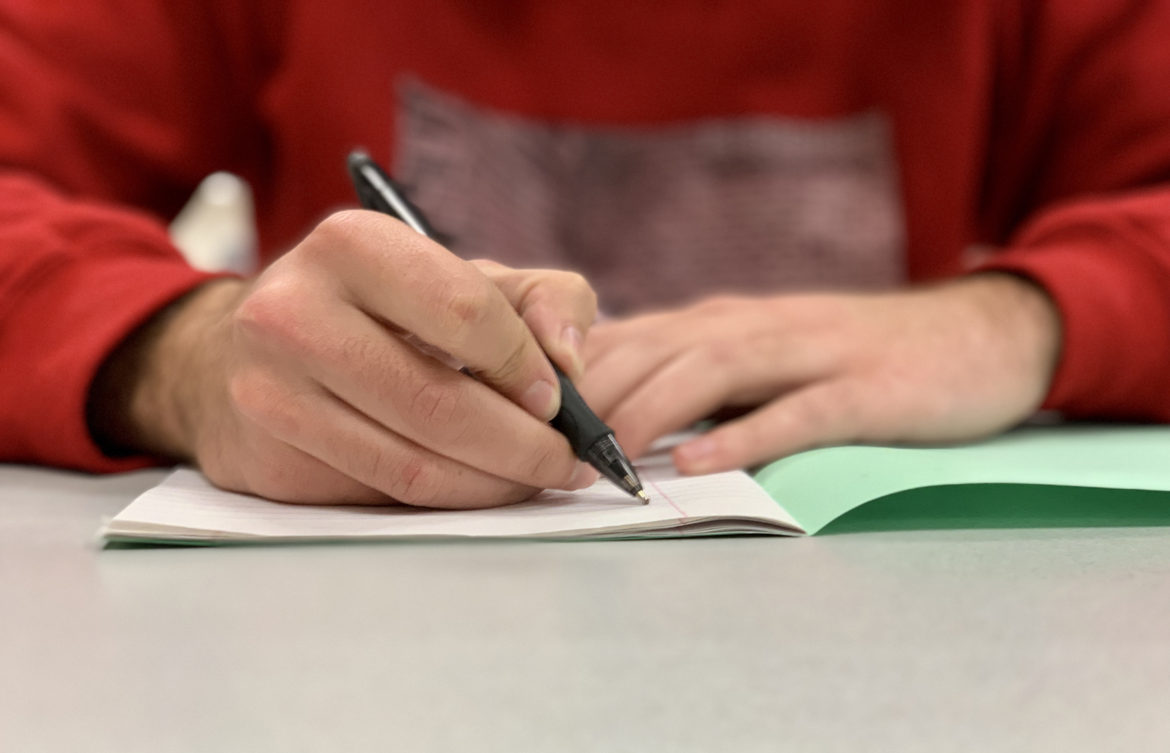 Approaches to University Writing (ENGL 115) saw its highest enrollment in years after last fall’s implementation of Executive Order 1110, followed shortly by a record number of students failing the course.

Members of the University Writing Council at CSUN attributed this increased fail rate to the misplacement of students who weren’t ready to take the accelerated ENGL 115 course instead of the stretch courses ENGL 113 and ENGL 114.

Elizabeth Adams, associate vice president for Student Success, said the EPT was another “hurdle” that was often not used and was not necessarily placing students efficiently.

UWC Co-Chair Tom Spencer-Walters says that the EPT and its categorized scoring system had been tampered with in the past three years.

Before, a score of 151 would allow students to be placed in ENGL 115, the highest writing course. However, recently the score required for placement in that accelerated course went down to 147. Since then, Spencer-Walters says more students were being placed “disproportionately,” consequently lowering enrollment in alternative stretch courses ENGL 113A/B and ENGL 114A/B.

Spencer-Walters said that when he meets with his faculty in the Africana studies department, the number one complaint is that many students enrolled in ENGL 115 are not ready and should have been given a two-semester course. One of his faculty even had students that stopped coming to class.

EO 1110 also broadened the use of Multiple Measures, a list of general performance assessments that range from a student’s GPA to their SAT scores. The Multiple Measures assessment places students in first year writing and math courses according to their highest score within those multiple measures, not an accumulation of those metrics.

Jackie Stallcup, the interim dean of the College of Humanities, says that Multiple Measures suggests using a “single best measure” where the highest score count places students in ENGL 115, creating a lot of disagreement in terms of what is going to best promote student success in college. But, she clarified, there is no desire to get rid of ENGL 113 and 114.

According to Irene Clark, director of the Composition Program in the English department, in 2015, 46 percent of first-time freshmen were enrolled in ENGL 115. After the California Assessment of Student Performance and Progress, a test taken by students in their junior year of high school, was implemented in 2016, that figure rose to 59.6 percent.

Finally, last fall, 83 percent of students were placed in ENGL 115 after the EPT was replaced in favor of measuring a student’s GPA for consideration and placement.

Both Clark and Spencer-Walters have mentioned that this process has been a “disservice” to students as there has been a record number of students needing to repeat ENGL 115.

“You could have a high GPA but not be particularly good in writing,” Clark said.

Stallcup said that the new changes are a “short-term strategy with potential long-term negative consequences,” as down the line students who were struggling in an ENGL 115 course could potentially affect graduation rates.

These Stretch Composition courses were created in 2009 as full credit Approaches to University Writing courses where students could take ENGL 113A/114A in the fall as freshmen and ENGL 113B/114B in the spring with Supplemental Instruction, allowing students extra time to work on their writing skills.

At first students taking either ENGL 113 or ENGL 114 were with the same professors for both semesters. Now, that continuing environment has been taken away, despite a renewed effort from the UWC since EO 1110 to reinstate that practice, according Chicano/a studies Professor Francisco Tamayo.

“Teaching is about gaining trust between professors and the students,” Tamayo said. “Students have four years to refine their writing skills, something that cannot be done in a one-semester class.”

Tamayo recalls taking his diagnostic placement exam years ago in community college when he was ill- and under-prepared. He knows there are students that come in with their own baggage and challenges from back home, and even some who come under-prepared from high school.

“Now as an institution, we want to shame them, we want to take away courses that we know through research will get them to stay,” Tamayo said.

That unpreparedness is now the worry of faculty professors like Renee Moreno, associate professor in the Chicano/a studies department.

“You can’t really put people in a box because people come to learn things at a different pace,” Moreno said.

Moreno points out that there is a disconnect between administrators and faculty. Stallcup called this “lack of faculty governance,” where faculty voices and their expertise are not considered enough before the Executive Orders came out, a sentiment echoed by Tamayo and Spencer-Walters.

“We’re the ones in the academic trenches,” Tamayo said.

“We are the foot soldiers that deal with students on the daily,” Spencer-Walters said.

According to Clark, the only thing that the UWC and department heads can do is advocate for directed self-placement from students so that students, after advisement, can decide where they belong.