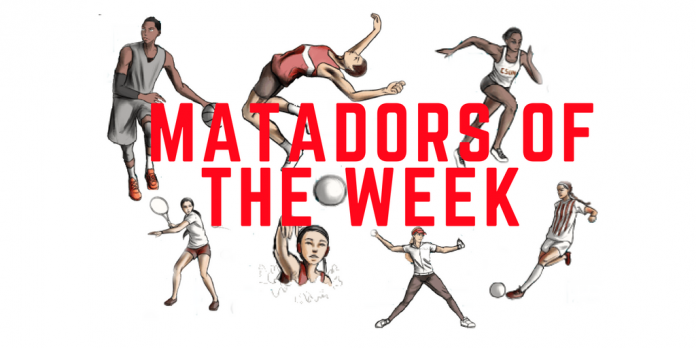 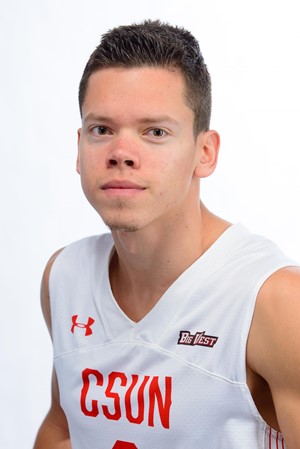 Kalchev finally broke the record for aces by a Matador after a week of waiting, doing so by getting five in a sweep over Saint Francis University on Friday before getting the same number in a sweep over Lindenwood University on Saturday. The Bulgarian native now has 191 aces for his Matador career. He also had nine and then 13 kills, respectively, in the two games, helping his team to two victories in the lead up to a return to conference play next weekend against Hawaii. 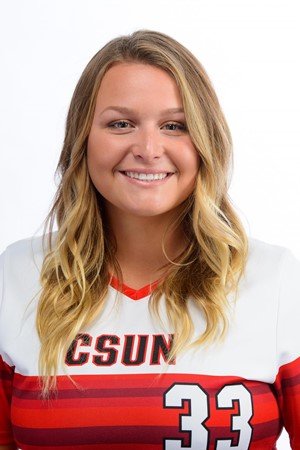 The junior outfielder had herself quite a week, hitting .579 with four home runs, four doubles, 15 RBIs and seven runs scored as her team won five of six. She was exceptional in the win over Cal State Bakersfield on Thursday, going 3-3 with two home runs, five RBIs and four runs scored before going 2-3 with two doubles and three RBIs in the win over Weber State University on Saturday. On the year, she is hitting .425 with six home runs, 12 doubles and 25 RBIs.