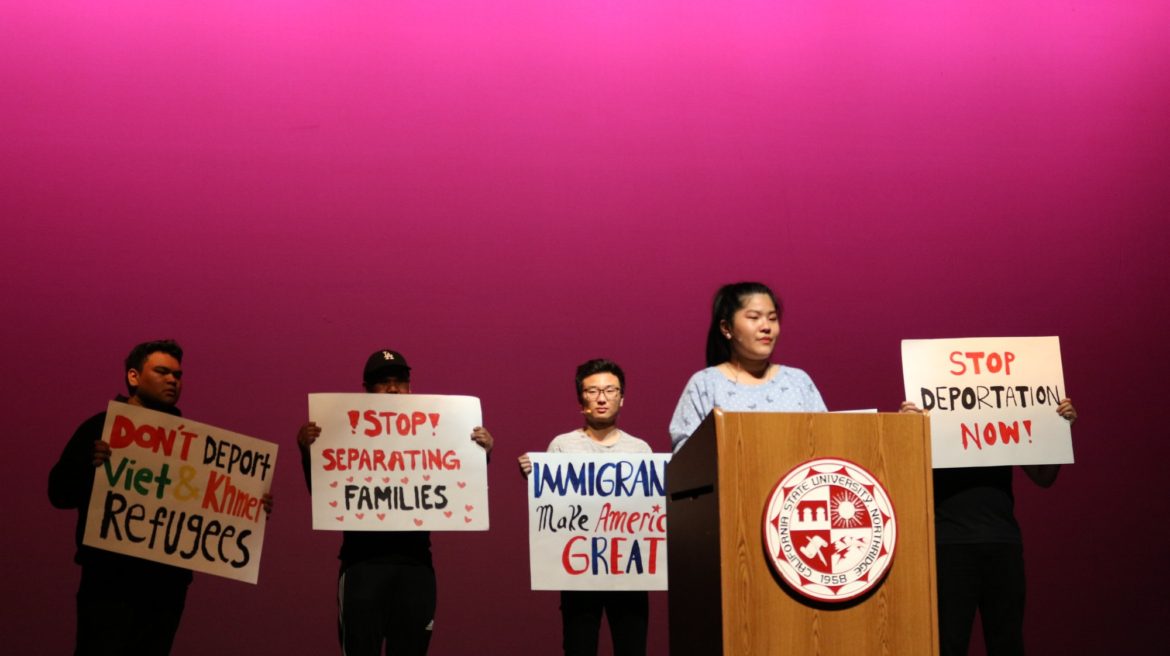 The VCN brought attention to the different social issues the Asian/Asian-American community faces. The theatric showcase revolved around issues such as racism and discrimination, which can lead to bigger issues like the deportation of undocumented immigrants.

The three-hour play took a total of nine months to produce.

In the play, 16-year-old Ánh, a second-generation Vietnamese American, is fascinated with fitting in with friends and being a normal American teenager. Ánh’s parents are Vietnamese refugees who are just trying to make her appreciate their traditional roots and values.

Even though the play focuses on serious issues, there are also funny and light-hearted moments. The production encourages the idea that anyone has a voice on problematic issues like deportation.

Tinn Ou, the VCN director, says it was her first time writing and directing a show. When writing the show, Ou wanted to make an impact through the stories that were being told.

“The characters reflect the people I’ve grown up with my whole life, or have been a part of an important stage in my life,” said Ou. “The events are inspired by real events that have happened in the past and continue to happen today.”

The director hopes that the people who watch the show can gain a perspective of a different culture. She would like for those who have strong ideas to feel inspired to find their own voice.

Andy Tram, the president of VSA, says the production holds different meanings for both the cast and the crew. He hopes that this is an opportunity to educate others on the past, and offer a visualization of what the future can hold.

“Regardless of the struggles Vietnamese families have faced in the past and present, they remain strong and united,” said Tram.

The main cast of the show revolves around six characters: Ánh, Mai, Hung, Jay, Brandon and Kevin. Ánh hasn’t found her place at Alhambra High, but is an intelligent, driven and passionate individual.

Mai loves cooking traditional Vietnamese food, and is a loving and polite character. She is also the character that keeps the family together.

Hung is a strict and hardworking father with a troubled past. He is a caring person who loves his family, and wants the best for them.

Jay is supportive and protective over Ánh, and wants the best for her. He is the president of the South Asian Student Association in the play, making him a natural born leader and active person in the community.

Brandon is insecure about his identity, and feels misunderstood. He loves talking, and loves attention.

Kevin is a funny, quick-witted character and Ánh’s partner in crime, getting her into trouble frequently.

The program of the night had a total of three acts. Many of the audience members were captivated by the music being played before the start of each scene, which included music from artists like Ed Sheeran, Ariana Grande and Lauv.

All of the scenes had vibrant stage colors like red, orange and blue. Sometimes it set the mood for the storyline itself. For instance, when Ánh was giving her speech in a protest, there was a pink background stage color.

Within the acts, there were modern and traditional Vietnamese dances, as well as a lion dance.

CSUN students were not the only members of the audience who attended the event. Students from different schools, like UC Los Angeles, the University of Southern California and UC San Diego, came over to watch the show. Grandmothers, grandfathers, fathers and mothers were also part of the audience.

In past years, the VCN has focused on issues such as domestic violence, youth stories, the LGBT community and interracial friendships.