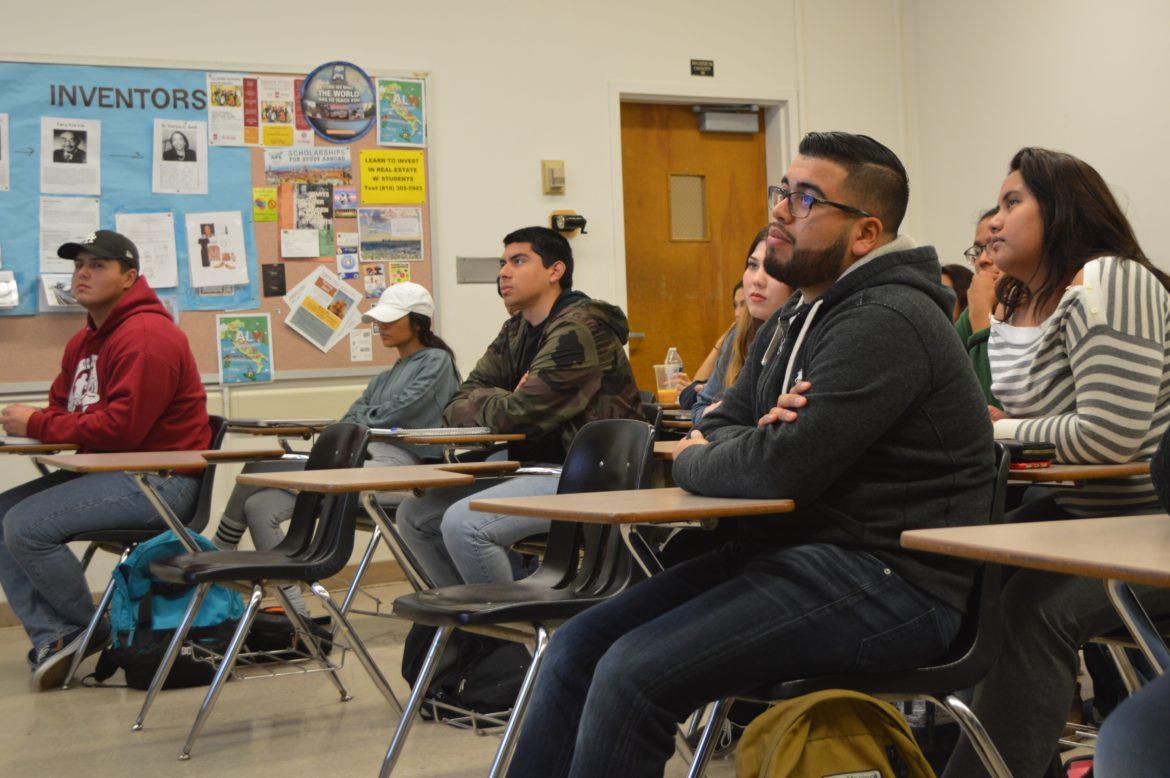 Students listen during a Central American studies class on social movements in Sierra Hall on March 12. CSU students will be required to take at least one ethnic studies course in order to graduate if the new California Assembly bill is passed. Photo credit: Geovanni Botticella

A new bill in the California Assembly will require all CSU students to complete at least one ethnic studies course before graduating. For students and faculty of existing programs, the importance of such legislation can hardly be overstated.

There are 29 departments across the CSU dedicated to some form of ethnic or cultural studies. San Francisco State University is still the only campus with a college of ethnic studies, founded in 1969.

“Ethnic studies is life-changing. I myself am a first generation student from a working-class immigrant family,” said Martha D. Escobar, professor of Chicano/a studies at CSUN. “I grew up witnessing violence all around me, and it is because of ethnic studies that I learned to understand why and how the world works the way that it does, and this knowledge empowered me to engage in efforts to create transformative and positive social change. I live life differently because of ethnic studies.”

In 2014 the Chancellor’s Office launched a task force on the advancement of ethnic studies. The number one recommendation of the task force, released in a report in January 2016, was to make ethnic studies a general education requirement throughout the CSU system.

A year later the Chancellor’s Office released Executive Order 1100 which standardized new GE requirements across the system but failed to include an addition of ethnic or cultural studies. This initially put CSUN’s program, Section F of the GE, at risk of being removed as a requirement for students.

A revised version of the executive order was later released — Executive Order 1100-R — to spare Section F as well as other ethnic studies requirements throughout the CSU system.

Though the bill will add ethnic studies classes to the GE schedule, there isn’t any language about increasing funding for those courses or existing programs. According to the ethnic studies task force, lack of funding is the most common challenge facing these programs.

“What we have seen over the past few years is a disinvestment in the college and attempts at various fronts to silence their voices,” Escobar said. “At CSUN, and probably across the system, we are witnessing a cost-benefit management model that has negative consequences on ethnic studies departments. This semester, for example, Chicana/o Studies had to cancel a course on Nahuatl that had been taught for over 40 years because we would be taxed almost $6,000 for low enrollment. These are funds that our department does not have. In this process, the value of knowledge is reduced to money.”

If the bill passes, it will make the ethnic studies task force’s recommendation law throughout the CSU. The bill will go to the committee later this month and could be up for a floor vote before the end of the year.