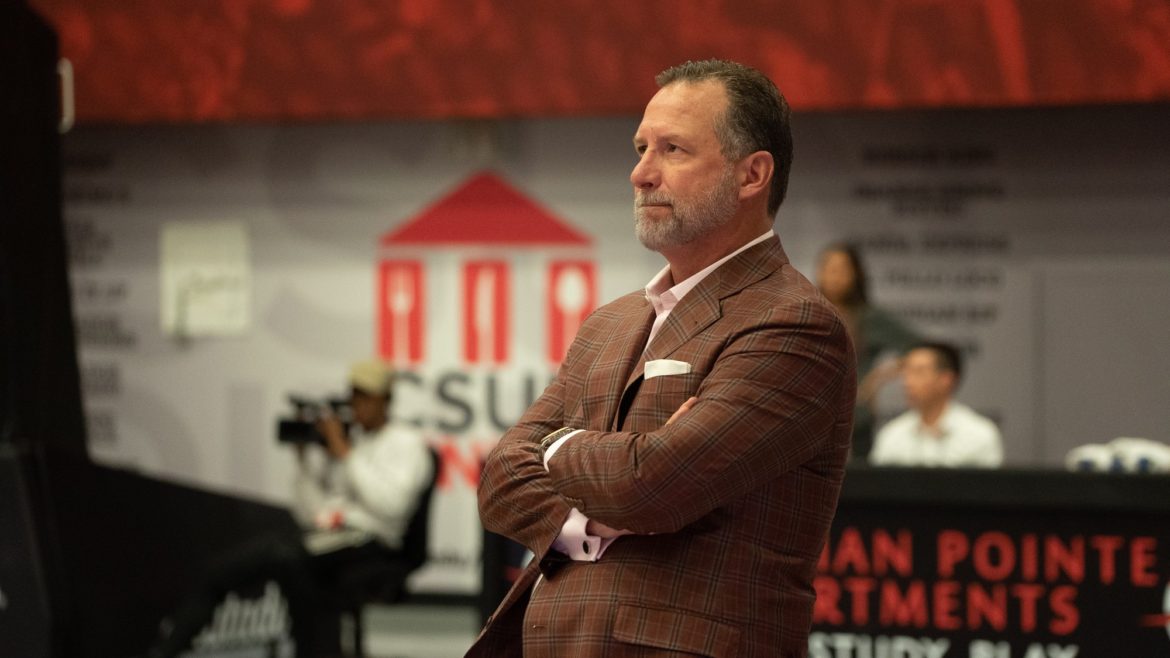 Men's basketball head coach Mark Gottfried during the win over Tennessee State on Nov. 20, 2018. Gottfried has been named as allegedly being part of a scheme to give high school recruits money to bring them to NC State during his time as head coach at the university. Photo credit: Jasper Harris

Men’s basketball head coach Mark Gottfried has been named as part of a scheme to give “impermissible payments to players” during his time as head coach at North Carolina State, according to a report filed by ESPN on Friday.

The report claims that former NC State assistant coach Orlando Early disclosed to federal prosecutors through his attorney that Gottfried allegedly gave him envelopes on two different occasions that were supposed to be delivered to the father of New York Knicks’ guard Dennis Smith Jr., then a top high school recruit, to ensure his commitment to the school in 2015.

Early’s role, according to the disclosure, was to hand the envelopes to Smith’s trainer at the time, Shawn Farmer, who would then transfer them over to Smith’s father, Dennis Smith Sr.

Per ESPN, these allegations were made public after a sentencing memorandum was filed on Feb. 12 in which former Adidas executive James Gatto was sentenced to nine months in federal prison for his part in “conspiring to funnel money from Adidas to the families of high-profile recruits to steer them to Adidas-sponsored programs,” which NC State was and still is.

During the criminal trial in which Gatto and two others were convicted, Gottfried’s alleged involvement in the scheme was never submitted for evidence, with his name being redacted from the Feb. 12 sentencing memo.

In a statement given to ESPN made by Gottfried’s attorney, Scott Tompsett, the allegations made against the former NC State head coach in the disclosure were denied.

CSUN released a statement via Twitter on Saturday stating that they will cooperate with any investigation while also confirming Gottfried’s denial of the allegations.