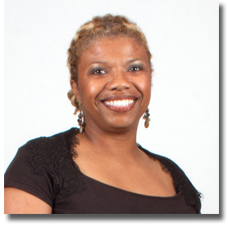 A University of Houston-Downtown dean stated that having discussions regarding student success and meeting the Graduation Initiative 2025 mandates to increase graduation rates will become the top priority if hired as the new CSUN provost.

DoVeanna Fulton, Ph.D., said if she becomes the next provost she would want to learn the processes for student advising and whether there are improvements that could be made to help set students on the right path for better retention rates.

“It’s one thing for us to say ‘we need better students, our students aren’t prepared,'” Fulton said. “These are the students we have and we need to make sure that they’re successful.”

Fulton is the president of a literary organization promoted to the study of American women writers and is also the dean of Humanities and Social Sciences at University of Houston-Downtown in Texas.

Fulton wants to review courses that are preventing students from graduating within four years and are challenging the 2025 initiative.

Fulton addressed another issue, which was the budget needs that are a concern to faculty and departments. Reviewing the budget-planning process would be Fulton’s first step to ensuring departments have enough of a budget to sustain growing enrollment.

“Other institution are vying for enrollment growth,” Fulton said. “The challenge here is to manage that growth to increase student success and also balance enrollment with budget restraints and needs.”

Fulton is one of four candidates undergoing interviews for the position of provost. The provost is the university’s senior academic officer who will be “responsible for implementation of academic priorities for the university, and for the allocation of resources that will support those priorities,” according to CSUN’s Office of the Provost and Vice President for Academic Affairs webpage.

For information on the other prospective candidates for provost, check out our articles on Vann Newkirk, Simon Rhodes and Mary Beth Walker.