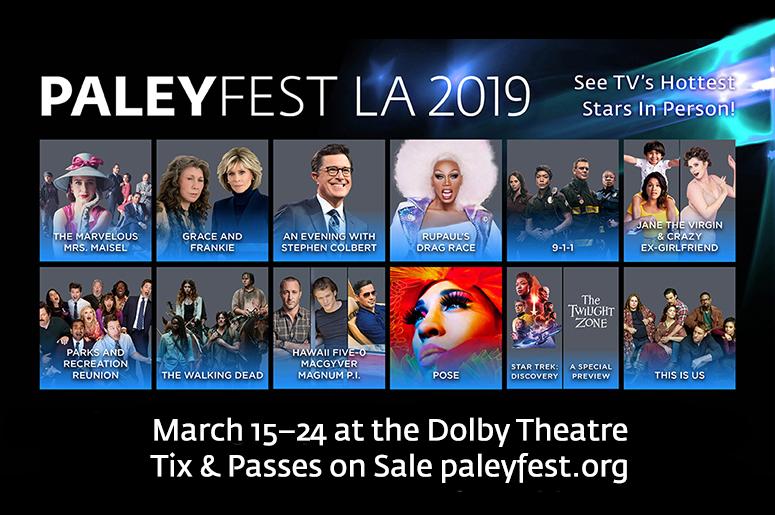 Courtesy of PaleyFest and The Paley Center for Media

Los Angeles’ premiere television festival starts on March 15 and ends on March 24 at the incredible Dolby Theatre in Hollywood.

PaleyFest showcases TV fans with their favorite shows, actors and creators up-close and personal with Q&A discussions and panels, while also showing specially-picked screenings for the audience. Past guests for the event have included the cast of “The Big Bang Theory,” “Black-ish,” “Scandal,” “Stranger Things” and “Will & Grace.”

With this festival being brought together by The Paley Center for Media, it prides itself on its mission: leading “the discussion about the cultural, creative, and social significance of television, radio, and emerging platforms for the professional community and media-interested public.”

For students whose future careers may be in television, film or media, attending events like this year’s PaleyFest may be a way to get their foot in the door. It is an excellent opportunity to network and ask questions to the very creators whose media is consumed on monumental scales.

For this year’s PaleyFest, they have a star-studded lineup that features casts from the shows “Jane the Virgin,” “Crazy Ex-Girlfriend,” “The Marvelous Mrs. Maisel,” “Grace and Frankie,” “RuPaul’s Drag Race,” “Pose,” “This Is Us,” “The Walking Dead,” a “Parks and Recreation” reunion and a special preview of “The Twilight Zone” from writer/director Jordan Peele.

The festival is complete with a red carpet event with the stars before the screening and discussion panels with the Q&A. As always, the event is available to the public and anyone who buys a ticket. The tickets themselves run from $30 to $140. However, if you are a CSUN student, you can enter the coupon code “PARTM” for 15 percent off your tickets.