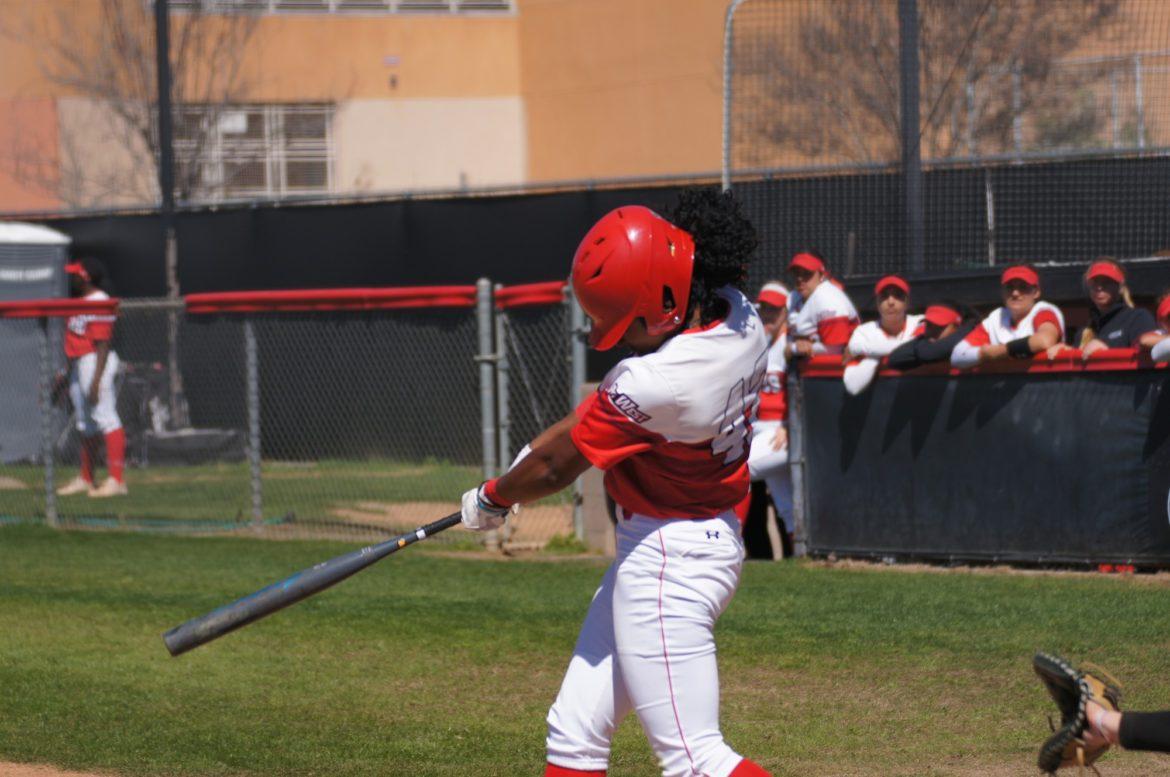 The Matadors finished 2-2 in the CSUN/Loyola Marymount Tournament at home on Matador Diamond, improving their record to 13-14.

The first game saw the Matadors take on Dartmouth College on Friday, March 15. It was scoreless in the bottom of the second until the Matador offense exploded as they scored seven runs in the frame. The game finished in five innings as the Matadors won 11-2. Sophomore Jillian James pitched a complete game, giving up two runs, three hits, one walk and recorded five strikeouts.

“I think we played well in the first game,” said head coach Tairia Flowers. “We came out, we were aggressive and we made things happen.”

Sophomore Jaymi Steward went 3-3 against the Big Green with a single, triple and a grand slam, the first of her career.

“I’ve been working really hard on the tee and doing a little off the side work, but it feels really good to just see hard work pay off,” said Steward.

During the second game of the tournament, the Matadors faced No. 2 University of Oklahoma. The Sooners struck first with an RBI double to open it up in the top of the second and saw no signs of slowing down. They would score three more in the third and then seven in the fifth inning as the Matadors struggled to keep up, ultimately losing 11-0 in five innings.

“(Oklahoma) was a very good team and I think they caught us on our heels a little bit and we played with some uncertainty,” said Flowers. “Hopefully we learn from this game and get better. We need to put the ball in play more often. We can’t have so many strikeouts. And (also) play good defense.”

The Matadors went through three pitchers while the Sooners stayed with their starter the entire game.

“We can’t give the other team more looks at our pitchers or let them keep settling in and going,” said Flowers. “We’ve got to pick each other up on both sides of the game.”

Unlike the performance Steward had in the game against Dartmouth, she struggled against Oklahoma as she went 0-2 with a strikeout.

“It was a change of pitching. I didn’t really adjust as quickly like I should have,” said Steward.

On Sunday, March 17, the Matadors split the two games they played against Cal Baptist University.

In the first game, James pitched a complete seven inning game leading the Matadors to a 2-1 win with sophomore Kira Cauley going 2-4.

During the second game, sophomore Kenedee Jamerson pitched 6 innings with James coming in for the seventh and final inning in the 7-6 loss. Junior Megan Stevens went 4-4 with two doubles and two singles in the loss.