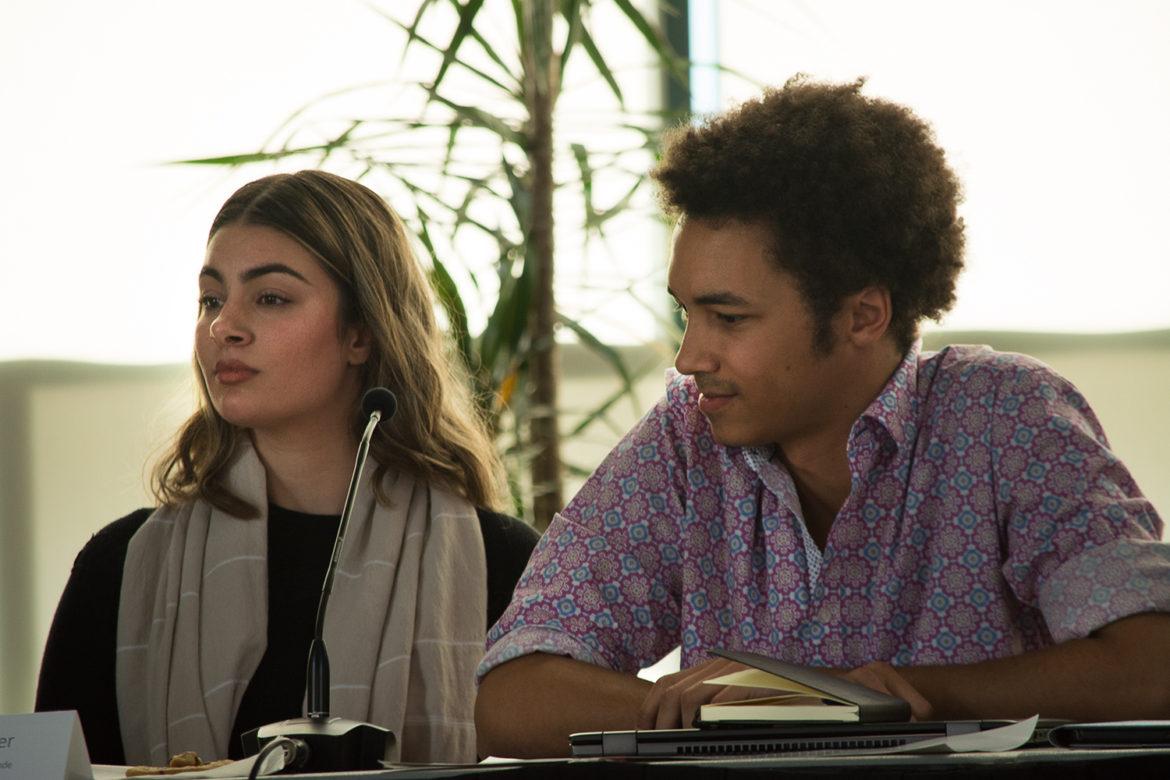 Candidates Samantha Crende and Michael Meeks representing the "Stronger Together" slate at the AS Debate in the Grand Salon on March 26. Meeks is running for president while Crende is running for vice president. Photo credit: Joshua Pacheco

Presidential candidate Michael Meeks and his running mate Samantha Crende have devoted their time and energy to discuss immigration reform with students, as well as participated in the protests against EO 1100 as part of the “No EO” movement.

The two of them are looking to foster political engagement and education, increase transparency and motivate students to create change on campus.

“The mission of Students for Political Decency is inspiring activism through education and giving people an outlet to perform it,” said Meeks. “We put our time, energy and efforts into supporting them. We needed to make their presence felt.”

Meeks and Crende also want to improve communication between the administration and student body. Instead of one-way announcements and emails, they would rather bring everyone together in conversation.

“We want to unite the campus behind something that isn’t left, or right, or divisive,” said Meeks. “We want everyone in the room, at the table, trying to figure out what makes sense.”

Crende, a child care worker, believes it’s important to advocate for those who can’t be heard.

“Doing what’s right for future students at CSUN was one of the most important parts of that experience,” said Crende, a first-generation college student. “We spoke out for the future generations that don’t have the chance to say ‘we want these courses.’”

EO 1100 and the school shooting threat last semester have made many students question the transparency of the university administration. To correct this, Meeks and Crende call for an increased social media presence, on-campus information resources and the student government becoming more involved with each college.

“Students should know everything that’s happening, even if it’s a threat on campus and they don’t want to concern students,” said Crende. “It does affect us. We need to expand the resources available to keep students informed.”

It’s this kind of clear communication that they believe will help to guide students towards making change when action by the administration or student government is limited.