‘Rise Up’ candidates want to better equip students for graduation 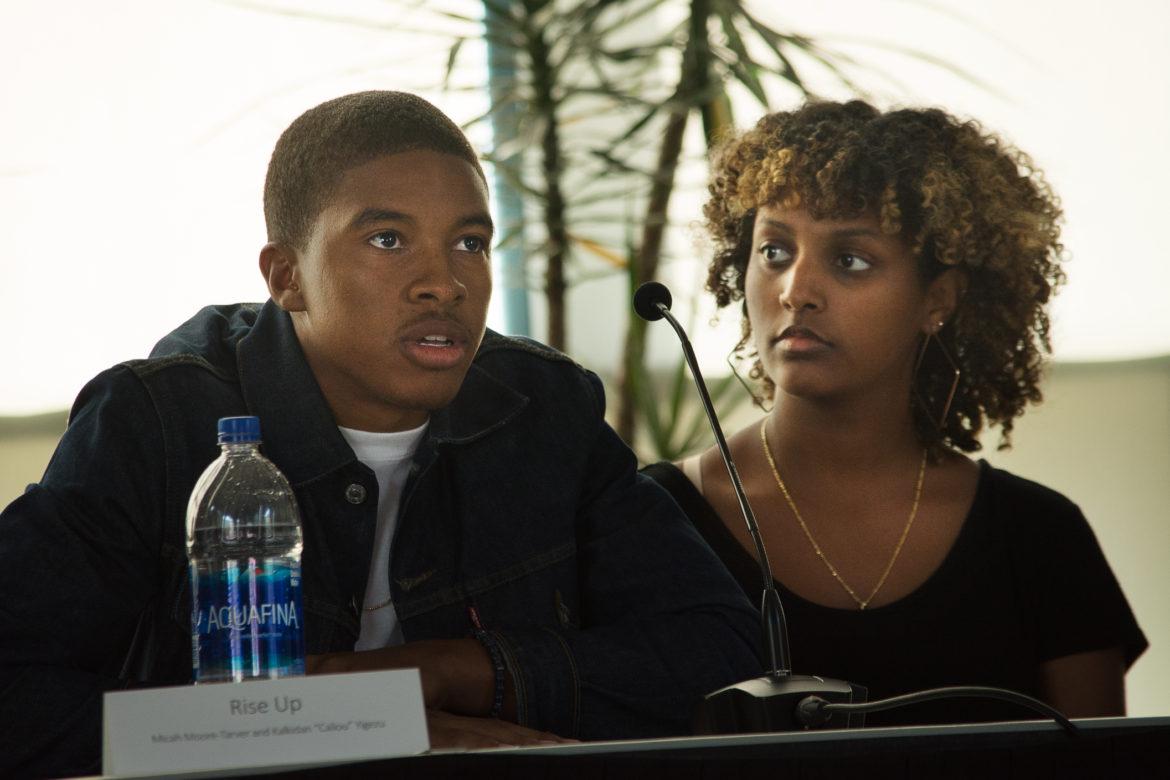 A small business owner and an AS senator are among the candidates in this year’s Associated Students election, and are looking to expand career-building resources and social networking opportunities at CSUN.

Micah Moore-Tarver and Kalkidan “Cailou” Yigezu are running for president and vice president under the slate name “Rise Up,” citing a desire for CSUN to prepare students for the world outside campus.

“We want to prepare students for their life after college, but we also want them to have a good time while they’re here on campus,” said Yigezu.

Moore-Tarver and Yigezu hope to bring more recruiters from all career fields to campus in order to connect students to internships and future employment opportunities. Industry nights, career fairs and “Meet the Firm” events are just a few examples of resources that the candidates hope to make more accessible.

“I want to give people a platform to make their goals accessible,” said Moore-Tarver. “When you graduate from Cal State Northridge, your resume should be heavy with real work experience that will give you a better chance of getting a job.”

Moore-Tarver and Yigezu plan to build these opportunities by creating councils to coordinate with all academic departments.

Yigezu, vice presidential candidate and the Chair of the University Affairs Committee, has had a leading role discussing campus issues that have risen from policies of the university administration. She has participated in the EO 1100 protests and was a member of student government when they officially stated their opposition to the executive order.

“The business department has so many programs for their students. A lot of the other departments aren’t as resourceful,” said Yigezu. “The whole point of this campaign is to advocate for these departments to host these events.”

Presidential candidate Moore-Tarver’s experience as a small business owner has shown him the importance of social capital, a lesson he summarizes by saying, “It’s not always what you know, it’s who you know.”

“I was able to start my business by reaching out to other students, my peers, who had tools that I didn’t have,” said Moore-Tarver. “If they knew how to cook, I had the recipe. If they knew how to use the cameras, I could bring in editors.”

He leads a production team, NXLVL Production, to film men’s basketball, and recently started a food truck business called Magicitywings. These ventures have also given him the opportunity to help fellow students build work experience.

“I was able to create opportunities for students to have jobs, get internships and experience within their field,” said Moore-Tarver.

He hopes that the same connections that have made him and his friends successful can be brought to students as well: events that bring students together to network, such as barbecues, pool parties and other social gatherings.

“College is about building networks and friendships,” said Moore-Tarver.