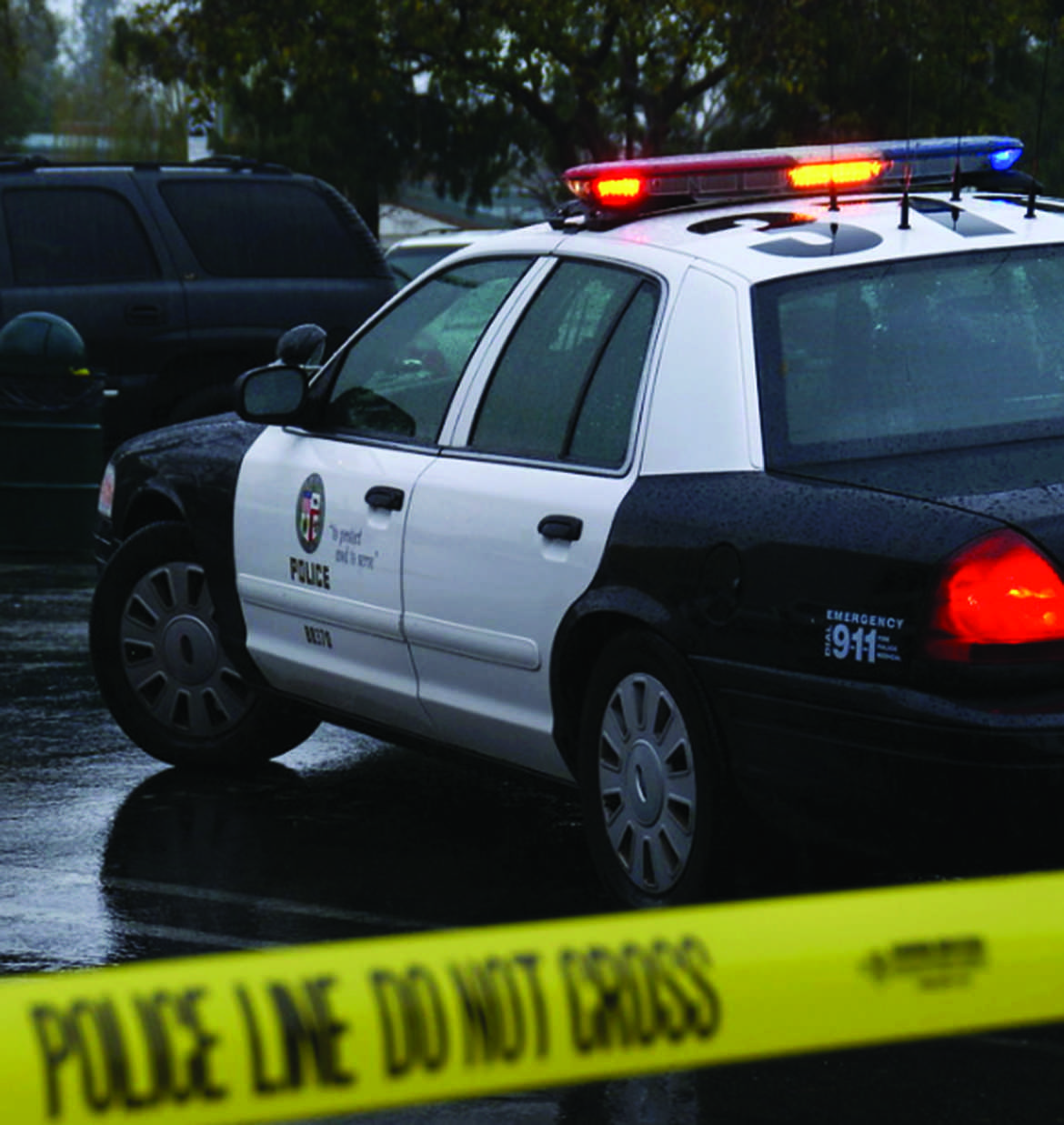 Police squad cars parked in and around the sectioned off B5 parking lot on Feb. 5, 2010. Photo credit: Jennifer Zeitlin

In the wake of multiple threats made to the university last year, the police chief, along with the administration and the Marketing and Communications department, shared their insight on how students and faculty should address and report future incidents on campus in conjunction to changes happening from an administrative end.

In 2018, CSUN faced four separate threats on campus. One involved a false gun threat earlier in the year, while the most recent three occurred during finals week in December. Mass shooting threats were found plastered in a men’s bathroom stall and again in an anonymous letter discovered a few days later. The final threat targeted the CSUN Pride Center.

Amid the fear and uncertainty of the legitimacy of the threats, communication between the students and the police department was delayed, according to CSUN administration. The news surrounding the first incident in December began circulating on social media before reaching the police department, causing concern among students who anxiously waited for updates.

“I was really stressing out,” said Isabel Villanueva, a 20-year-old sociology major. “My main concern was that it took a while for campus police or anyone to say anything about it.”

Colin Donahue, vice president of Administration and Finance, explained that the big issue the university is dealing with is how they receive information from the CSUN community.

“Things have evolved where information moves pretty fast, especially in this age of social media,” said Donahue. “We’ve dealt with some situations in the last couple of years where news of incidents on campus doesn’t immediately get to the police department. It’s a shared responsibility in a community like ours to get the information to law enforcement so they can deal with it as quickly as possible.”

Newly-appointed Police Chief Gregory Murphy says that part of his strategy to strengthen communication with the campus community is through an education campaign. The basis of the campaign would be to empower students that hear, see or know of any suspicious activity happening on campus to report it, even if they feel it may not be a legitimate threat.

“In order for us to respond in a reasonable time frame, we must have a chance to assimilate the information to determine if it creates a threat to our campus,” said Murphy.

Preparing students, faculty and staff for active shooter emergencies is another area that Murphy wants to fortify. Every year the university holds a two-part course for staff and faculty on workplace violence that focuses on behaviors in the workplace and active shooter scenarios, according to Donahue.

Murphy said he’s currently working on building a team that will go out and conduct training in the various environments of faculty, staff and students on how to think through the get out, hide out, help out and fight mindset in their environments.

“The best we can do is to prepare people to have a will to survive under such tragic sets of circumstances,” said Murphy. Understanding how to read the environment around you in these life-threatening situations is crucial, according to Murphy.

However, situations do occur where even frequent monitoring of social media platforms for incidents can go undetected.

“Unfortunately, we don’t have the resources or team to monitor these platforms like other big companies,” said Olson. “We know students are posting and looking for information, but we do ask that if something serious arises, alerting the police department can really help us.”

In case of an emergency, students can reach the campus police by dialing 911 or 211 from any campus phone. Additionally, students are encouraged to visit the police services emergency management page for more safety preparedness information.