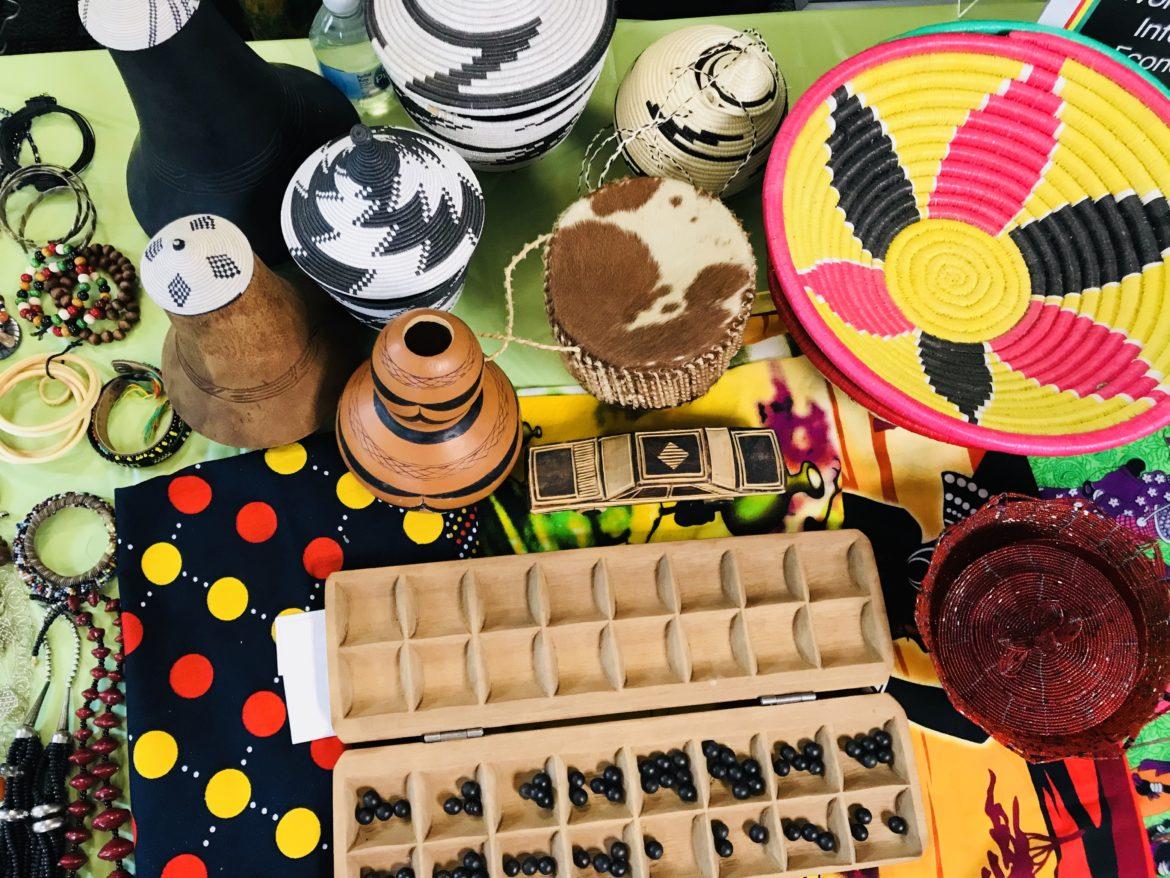 The marketplace for the Wakanda Forever event at CSUNs Grand Salon had African pottery for students to look at. Photo credit: Elaina Tovar

CSUN’s Interdisciplinary Studies of Africa minor’s program organized the eighth annual African Studies Symposium at the Grand Salon on Tuesday where its theme was “Wakanda Forever: Reflecting on the Real and Imagined Africa.”

Suzanne Scheld, co-coordinator of the Interdisciplinary Studies of Africa minor, says she finds it important to raise the profile of Africana studies being offered to students at CSUN. Scheld believes there are too many stereotypes and negative ideas about Africa, which is why it’s important to have this discussion.

“If you plan to be a locally engaged, globally prepared individual, it’s important to know something about Africa,” said Scheld.

The six hour program allowed students to explore their access to African culture. Students had the opportunity to become part of a conversation while also having access to a re-enactment of an African marketplace. A major part of the discussion of the program was the 2018 film “Black Panther,” directed by Ryan Coogler.

CSUN Africana studies professor, Aimee Glocke, spoke in front of about 200 students. Her presentation was a discussion on the connection and influence of the black aesthetic in the African World. A black aesthetic is an art cultural ideology where there are many components within it, such as the art piece must elevate art people, it must speak to the needs of black people and it must motivate black people to act.

“’Black Panther’s’ aesthetics are a re-connection to those African rhythms of joy, African power and empowerment, African sensibilities,” said Glocke. “A celebration of love, life, harmony, justice, balance and reciprocity that are germane to African life.”

A handful of students said they enjoyed the film and the presentation itself. CSUN student Brandon Jones believes “Black Panther” is a film that celebrates black excellence and not one where black men are portrayed as drug dealers or slaves.

“This movie symbolizes black beauty and allows black women to embrace their blackness and love their self and black men are seen as kings from their original origins,” said Jones.

University of Ghana Professor Samuel Ntewusu was not physically at the event, but was still able to give insight to students on the making of kings in Ghana through a FaceTime call.

“If an individual is not of royal blood or even if royal blood has not gone through the proper processes to become a king, then such individual holding himself as king is living in an imagined and not real Africa,” said Ntewusu.

CSUN faculty recreated an African marketplace at the Grand Salon, where students had the chance to try on colorful clothes Africans wear and take some pictures with them. They had time to socialize, learn about CSUN’s study abroad program, get to meet people who have traveled to Africa and have the chance to exchange ideas.