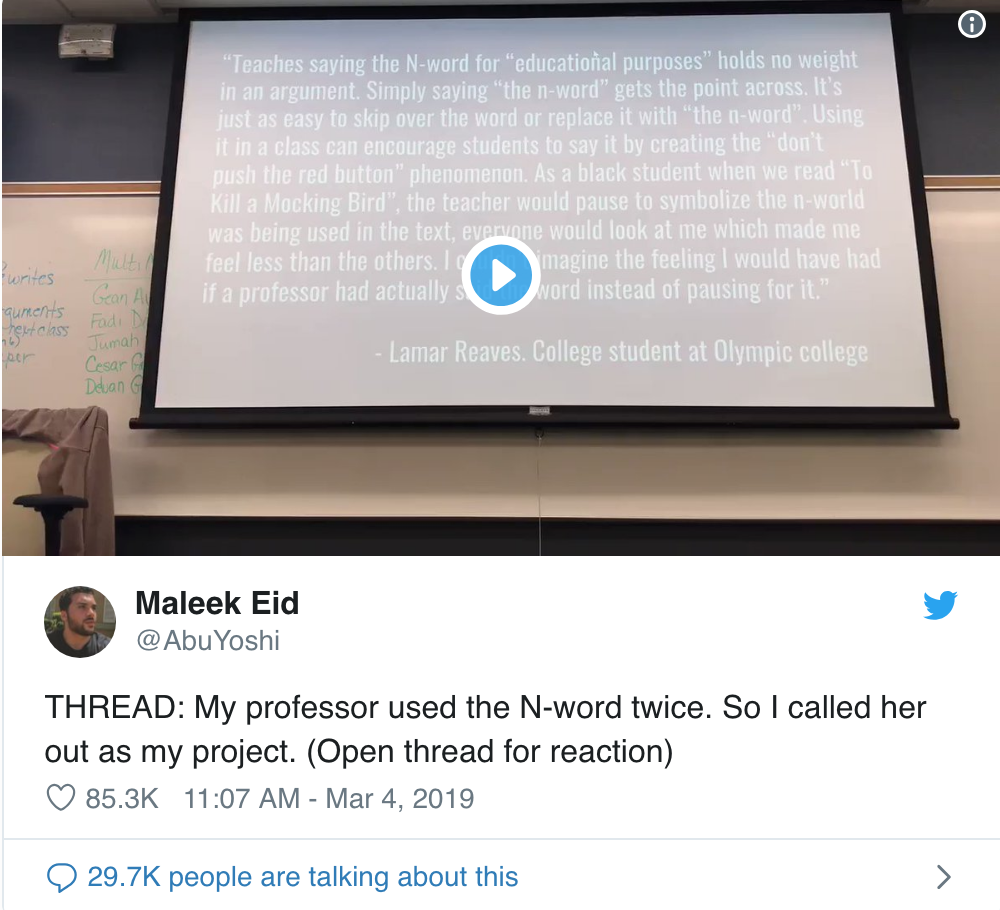 A white girl I used to work with came up to the host stand and started telling me a story about a man who lived in her building. She was recounting the details and at some point made it a point to comment about how he was with two young white girls and he was “black.”

Now, to bring it back to the use of the “N-word” (both versions are interchangeable, let’s be real). It seems nowadays that people drop it in casual conversation in order to create a shock for the audience. Everyone who uses it (white people are not the only ones guilty of this) don’t truly understand the weight of what it means and only correlate it with slang and the emotions that follow after it’s said. Even teachers are using it as though it’s simple enough to be used in casual conversation.

A California marketing student, Maleek Eid, called out his teacher for casually using the “N-word” (not sure which one, but we’re going to assume she said it with the hard “er”) by presenting his class project on why using it (unless you’re black) is unacceptable. In his presentation, Eid specifically called his professor out.

In a response, recorded by Eid, his professor claimed that she only used it because she wanted a reaction from the class and wanted someone to say that it was wrong to use it. After being confronted by Eid, who said she needed different strategies as a professor, she stood by her original point in that it was only used as a tactic to get the attention of her class.

So let’s take a moment to think about the consequences that come from making the decision to use the “N-word.” The consequences are: you will be publicly vilified, so let’s refrain from using it altogether. White people, brown people, Asian people and any other person that is not black, does not have permission nor the ability to use this word.

We do not care if you come from a marginalized community; if you are not black, you cannot use it. This word was used as a weapon to demean us during our close-eradication in American history so it belongs to us and only us.

Just don’t use it. It’s not that hard.