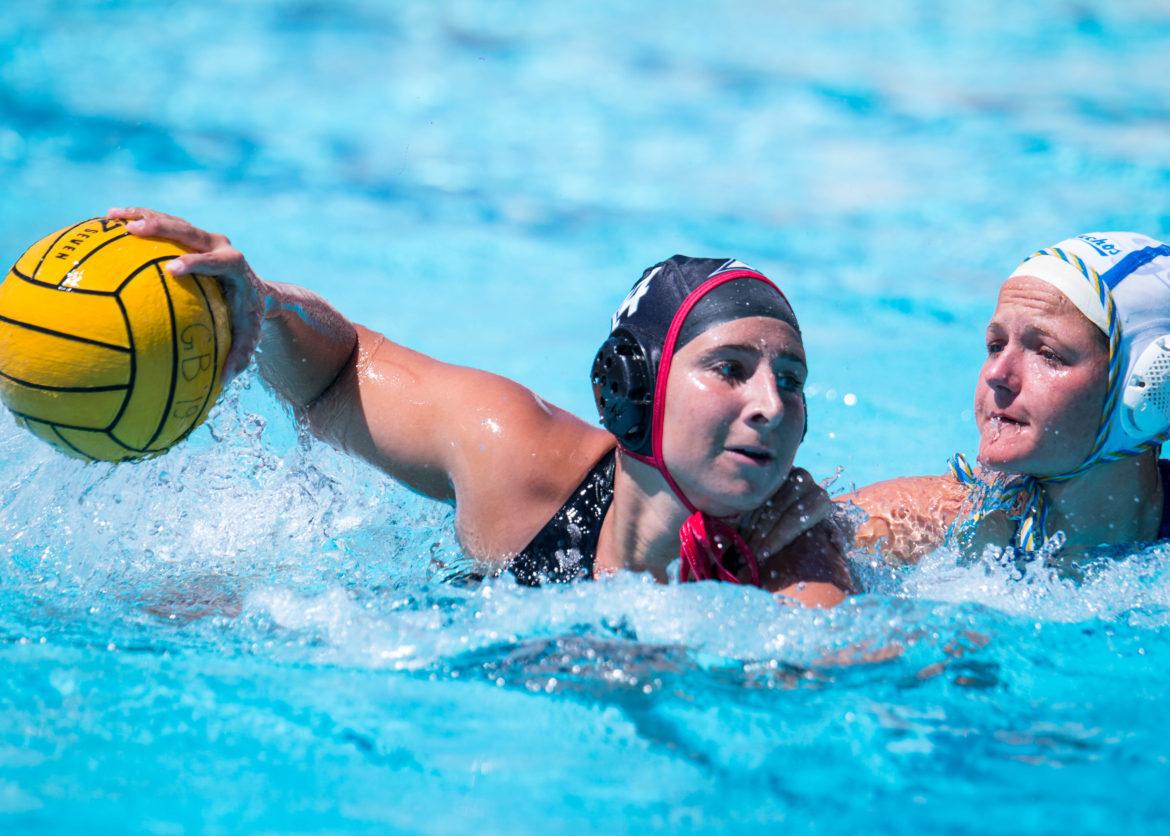 Junior Tori Wilson drives with the ball in the loss to UC Santa Barbara on Senior Day on April 6. Wilson scored two goals to give her 59 on the season in what was the final home game of the season. Photo credit: John Hernandez

The No. 22 Matador women’s water polo team lost to No. 11 UC Santa Barbara 19-8 on Senior Day at Matador Pool.

Before the game began, seniors Lindsey Garcia, Charissa Dorn and Daci Hughes were honored as they were about to play their final home game for CSUN.

“I’m just really proud, especially of Garcia,” said head coach Matt Warshaw. “She’s the only senior with all four years here, the other two were transfers … I have all the confidence in the world we’re going to send her to the real world to do great things.”

With Garcia being the only senior that was at CSUN for all four years, the coaching staff and the rest of the student body has gotten to see her growth as a Matador.

“It’s meant a lot,” said Garcia. “I’ve had to grow a lot as a person playing and being a Division I athlete. CSUN is a great school with great opportunities and I love being on this team, this team is so awesome and everyone is so great. It’s a great program to be a part of and I’d tell anyone to come to CSUN.”

The first quarter was pretty much even as the Gauchos led 4-3 after the end of the first.

After being down 2-0 to start the game, the first Matador goal was scored by Garcia as her family and friends watched on during this final home matchup for the senior.

“I didn’t even realize that,” said Garcia. “It felt awesome, it’s cool having girls from different years here, all my team here and all of my family here. It was really exciting to have a moment with the team and just see all the generations here to support me and the rest of the team as we try to compete in conference and get some wins.”

There were multiple exclusions on both sides as the Gauchos continued to dominate. They would score seven goals in the second and four each in the third and fourth quarters while the Matadors could only score one, one and three. This would bring the final total up to 19-8 in favor of the Gauchos.

In total, six Matadors scored on the day, with juniors Tori Wilson and Jennalyn Barthels each scoring two, while Garcia and juniors Katia Andon-Mateos, McKenzie Beardsley and Ashlee Sellung each scored one.

“It was a well-balanced offensive attack,” said Warshaw. “I think we just need a little more than eight goals. I do like that we are spreading the ball around and making the extra pass, but we do need more goals than that if we are going to win in this tough conference.”

Andon-Mateos also had two of the four assists for the Matadors, and on the defensive end sophomore goalkeeper Emma Pfister had six saves in the net.

The Matadors currently sit in sixth in the conference with an overall record of 13-16 and conference record of 0-4. They will compete in their final two regular season matchups at CSU East Bay and UC Davis April 12 and 13. The team will then go to the Big West Conference Tournament, which begins Friday, April 26 in Long Beach.