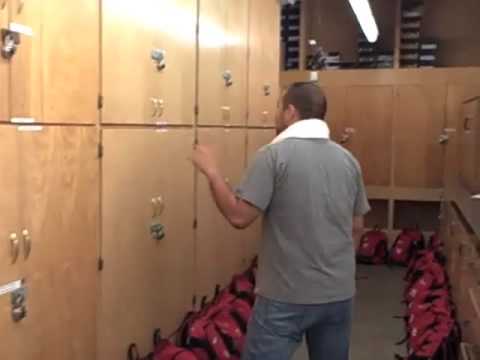 Growing up without a male father figure since the age of seven was difficult for CSUN student Anthony Barajas.

Despite his loss, the benefits of being raised and growing up around all females served to the 22-year-old’s advantage as he learned things about women that many men are unaware of.

“I’m not as hesitant or nervous when it comes to interacting with the female because I’m so used to my sisters,” Barajas said.

He has had a head start in obtaining a better understanding of the woman’s perspective, not to mention an extensive knowledge of feminine hygiene products.

“I know the aisle. If it’s an emergency, I’m there,” said Barajas. “Tell me what brand and I’m there.”

The majority of Baraja’s family is made up of women, including his four sisters, his mother and seven nieces.

Barajas serves as the father figure, that was absent throughout his own life, for his nieces.

“I actually raised some of them, like changed their diapers and fed them formula,” he said.

Barajas said that sometimes his nieces mistake him for their father and call him dad.

“Every time I hangout with them I always think that I didn’t get that, so I like hanging out with my nieces and taking them to the park,” he said.

Besides spending time with family, Barajas is into salsa dancing. He was a member of the CSUN salsa club, but quit so he could focus on school and studying for his classes.

Barajas also likes to participate in sports. He and his girlfriend just joined a coed softball team.

Although Barajas appears to be a fairly normal guy, he is not without his quirks.

“I kind of have this like minor obsessive compulsive thing,” he said.

When putting on deodorant, Barajas must apply it four times to each underarm but that is not all.

“When I put my alarm on for my truck I do it twice,” he said. “If I feel like I didn’t do it enough times I’ll do it two times again to make sure my car’s locked.”

“I have this thing with even numbers for some reason,” Barajas said.

Barajas has been attending CSUN for four years, but does not plan on graduating for about another two years after falling behind switching from a kinesiology major to a recreation and tour management major.

One day Barajas would like to work as an event coordinator at the Staples Center and start up his own sports event planning business. But for now, to help pay his way through college, Barajas is submersed in the smell of soap and the sounds of washers all day.

For two years Barajas has been working inside the equipment room located in Redwood Hall, helping get clothes washed, dried and ready for the CSUN student athletes on campus.

A perk of the job are the co-workers and being able to do laundry for free Barajas said.