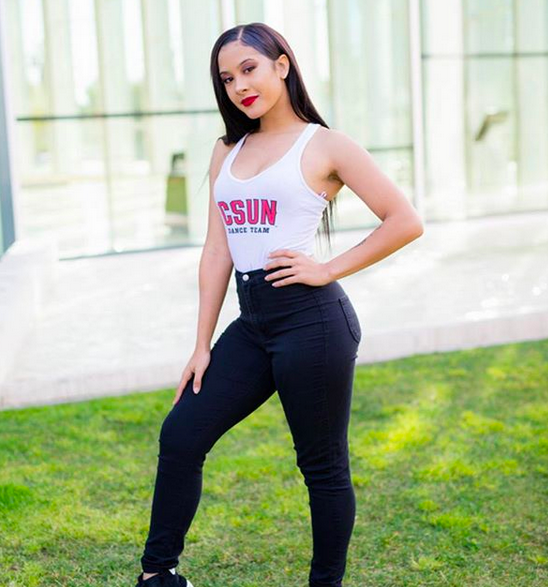 Alexis Rose Harrington’s first memory of dance is coming up with routines to Destiny’s Child and Beyonce when she was little. Now, at 22, Harrington is the captain of the CSUN Dance Team.

Her mother, a role model in many aspects, was a tap dancer. Ironically, tap dancing was one of the most challenging styles to learn. However, she now teaches it, along with ballet. The number of dance styles she’s learned is not a short one, with ballet, flamenco, jazz, hip-hop, modern and African being a few.

“I was 4 years old when my mom threw me in the Debbie Allen Dance Academy in Los Angeles, and I’ve been dancing ever since,” said Harrington.

Often times Harrington felt overlooked as a dancer, until McDonald pushed her through one-on-one coaching. McDonald made her do improv and freestyle dance, both things Harrington was not comfortable doing at first. Eventually, those skills were implemented into her everyday mentality as captain of the dance team.

This year the team was asked to be more engaging during games, doing tasks like throwing out T-shirts, doing advertisements and cheering during breaks. Being able to do and teach improv has helped Harrington handle everything that is being thrown at her during games and performances.

Another memorable performance was when she met and performed for Chris Brown at one of his charity events. It was through this event that Harrington received a full scholarship from Brown to continue dancing at her studio.

Harrington is no stranger to hardships, however. During her senior year of high school, her mother lost her job.

“I didn’t know if I was going to continue dancing or not because we couldn’t afford it,” said Harrington.

In 2005 Harrington was in a car accident. She lived in Palmdale, and her mother would drive from Palmdale to Santa Monica, to LA, and then back to Palmdale. Harrington’s mother fell asleep behind the wheel during one of these exhaustive rides, resulting in an accident which cost them their car.

“I would say my mom just never stopped or let those little things stop her, ’cause it sucked that everything happened, but she never allowed that to stop her because she always put her children first,” said Harrington.

Another influential figure in her life was her best friend, London. The duo danced together and encouraged one another to continue practicing. They worked together closely, with London pushing Harrington to tap dance for her class, pushing her out of her comfort zone.

After graduating from high school in June 2017, London attended UC Irvine and Harrington became a Matador. During their time apart, London was in a tragic car accident and passed away.

“A drunk driver that had already had a DUI, I’ve actually been to the trial and everything, and he’s actually trying to lower his sentence and everything but it’s not going to happen,” said Harrington.

In the future, Harrington hopes to open her own studio in her best friend’s memory. She’ll continue her passion for dance and hope to create a brand for herself.