Hollywood continues to push for representation in horror 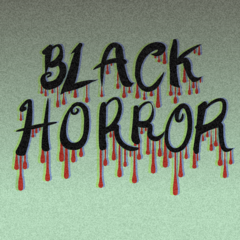 In an interview with The Hollywood Reporter, Jordan Peele said “The way I look at it, I get to cast black people in my movies. I feel fortunate to be in this position where I can say to Universal, ‘I want to make a $20 million horror movie with a black family.’ And they say yes … I don’t see myself casting a white dude as the lead in my movie. Not that I don’t like white dudes … But I’ve seen that movie. It really is one of the best, greatest pieces of this story, is feeling like we are in this time — a renaissance has happened and proved the myths about representation in the industry are false.”

What Peele said is true. There has been a shift in the way the public sees how black people are being represented in movies, especially in the horror genre. “The Twilight Zone” narrator’s directorial debut, “Get Out,” made about $33 million in revenue in its opening weekend. His newest movie “Us” has garnered over $70 million in its opening weekend after it came out on March 22, a clear leap compared to what his first movie made.

However, when it comes to black people and their identity in cinematic history, especially horror, it is muddled with murky depictions and tropes that could make film critics cringe.

The new documentary on the horror-centric streaming platform SHUDDER, “Horror Noire: A History of Black Horror,” takes a look at how the relationship between horror cinema and black people has had its high of highs and lowest of lows.

The documentary film is based on the book “Horror Noire: Black in American Horror Films from the 1980s to Present” written by Dr. Robin R. Means Coleman, a professor in the department of Afroamerican and African studies at the University of Michigan. The book features black actors, writers and directors, young and old, seasoned and new, discussing how scary movies have impacted their lives and how the representation (or the lack thereof) has affected them.

The film opens with the very first scene of Peele’s movie debut with then-newcomer Lakeith Stanfield as Dre, a black man walking alone in the middle of the night of a middle-to-upper class white suburb. Ernest Dickerson, director of the blaxploitation-throwback classic “Bones” with Snoop Dogg and Pam Grier, commented on how he has been in the exact situation Dre had been in, and how to black people, this type of scenario is immensely important when having a scary movie being told from a black perspective.

“I been there,” Dickerson said. “It was the perfect black horror story.”

Coleman appears a lot in the film discussing the tropes existing in black culture through cinema.

“I’ve never felt so ill at ease because, for me, there was so much riding on this film in that is he going to get this right?” Coleman said. “Not just in quality, but for the way that we understand black people.”

What Coleman is expressing here is completely true in regards to how a lot of black people going to see “Get Out” didn’t know what to expect. A horror movie that was written and directed by a black man with the protagonist being a dark-skinned black man while dating a white woman was intriguing to say the least, but from the trailer alone, it left black audiences confused as to what the movie could’ve been about before it was released.

Peele makes a number of appearances throughout the documentary as well, commenting on how horror inspired his way of comedy, and now directing and writing as well. He discussed how when Blumhouse gave him the opportunity to direct “Get Out,” he knew a shift in the tide was occurring.

“I knew something big was going to happen. I thought there was a chance something very bad could happen,” Peele stated. “I thought there’s a possibility that people, you know, don’t want to see entertainment about something that you know, has been traditionally dealt with a certain reverence.” He ends his commentary on saying how, in the end, this is a movie that he would want to see.

Peele’s movies are looked at a lot throughout the documentary because even though there have been scary movies featuring black people, starring black people and ultimately made for black people, Peele is the most mainstream director that black creatives and more importantly black audiences have to look up to. His Oscar win for original screenplay, as Dickerson comments, shows that horror has been a vehicle in the cinematic world and that using the thematic device of horror can open an individual’s eyes into what kind of actual real-life horror is plaguing the real world.

Professor Tananarive Due, an award-winning author from UCLA, expresses her own excitement about whether or not “Get Out’s” twisting of the horror genre is in the favor of the black protagonist.

“He might survive this. He might not be the magical Negro or the sacrificial Negro or the first to die,” Due said. “This is a story through a black lens by a black artist and it’s horror.”

Peele’s statements on how he wants to devote his time into having a more black-centric cast of work in terms of his movies are something a black audience has been waiting for. Black people have been used to tropes such as the sacrificial Negro or always being the first person to die at the hands of the killer in a horror flick.

Seeing the wave change to having black people be taken more seriously in horror is a stupendous feat, for sure. However, it is only the stepping stone in a more positive direction in terms of seeing accurate black representation in cinema because, as Due says, “Black history is black horror.”