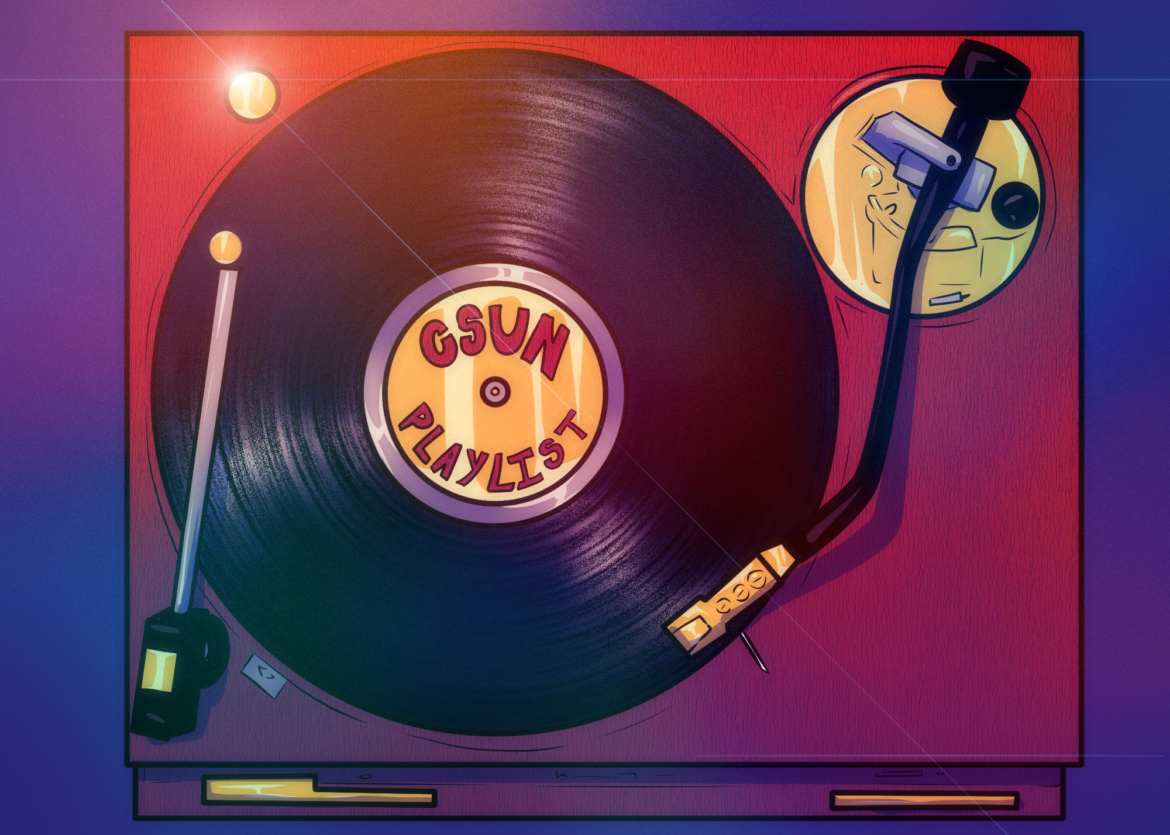 There’s a lot of hype surrounding Tame Impala’s latest releases and anticipated album. The group debuted this disco-infested track on SNL in March and just recently released the polished version on all streaming platforms. The tune doesn’t carry any sort of outstanding feature besides a catchy chorus.

Since his SoundCloud days, Steve Lacy has best been known for the use of repetition. Dreamy vocals and electric guitar finger-picked notes are staples of the 20-year-old’s discography. Whereas other artists might be scolded for the lack of crash and a-ha moments, Lacy strives in cyclical sound.

This new ScHoolboy Q cut is slow and a bit tame for the usually rambunctious duo. The beat is slow and consistent throughout. Oddly enough, the only lyrics that Scott delivers are “chopsticks” and “her legs chopsticks.”

4. “Thy Mission” by The Garden ft. Mac DeMarco

The vocals in this new The Garden track is fun and prove that the duo are on the up-and-up. The sound is experimental and Mac DeMarco’s vocal contribution is weird but it works.

This fun new pop track by BTS has been released alongside their sixth studio album. The track was also released with a fun music video which, of course, featured Halsey. The collaboration, although unexpected, works well in the creation of this catchy song.

Avicii’s first posthumous release features Aloe Blacc, the same artist who sang the 2013 track, “Wake Me Up.” The album, which will be titled “Tim” after the late DJ, will be released on June 6.

Kevin Abstract gets personal on this track off of the “ARIZONA baby” EP. The song follows the 2018 release of the BROCKHAMPTON collective’s “iridescence.” The project is the second solo release for Abstract.

8. “Goodbye” by Cage The Elephant

After winning a Grammy, Cage The Elephant underwent some major genre shifts. Less alternative and indie-rock and more forward balladry and punk blues, a change perfectly exemplified on this specific cut. The track itself is reminiscent of an early Coldplay.

9. “Everybody Here Hates You” by Courtney Barnett

Courtney Barnett is a singer and songwriter from Australia, whose classic alt-rock style has made its way onto American charts. This track’s instrumentals give nod to classic guitars and the lyrics are made specifically to help you feel angsty for a good three minutes.

This and previous sound roundups can be found on the CSUN Sundial Spotify under the CSUN Sounds 2019 playlist.