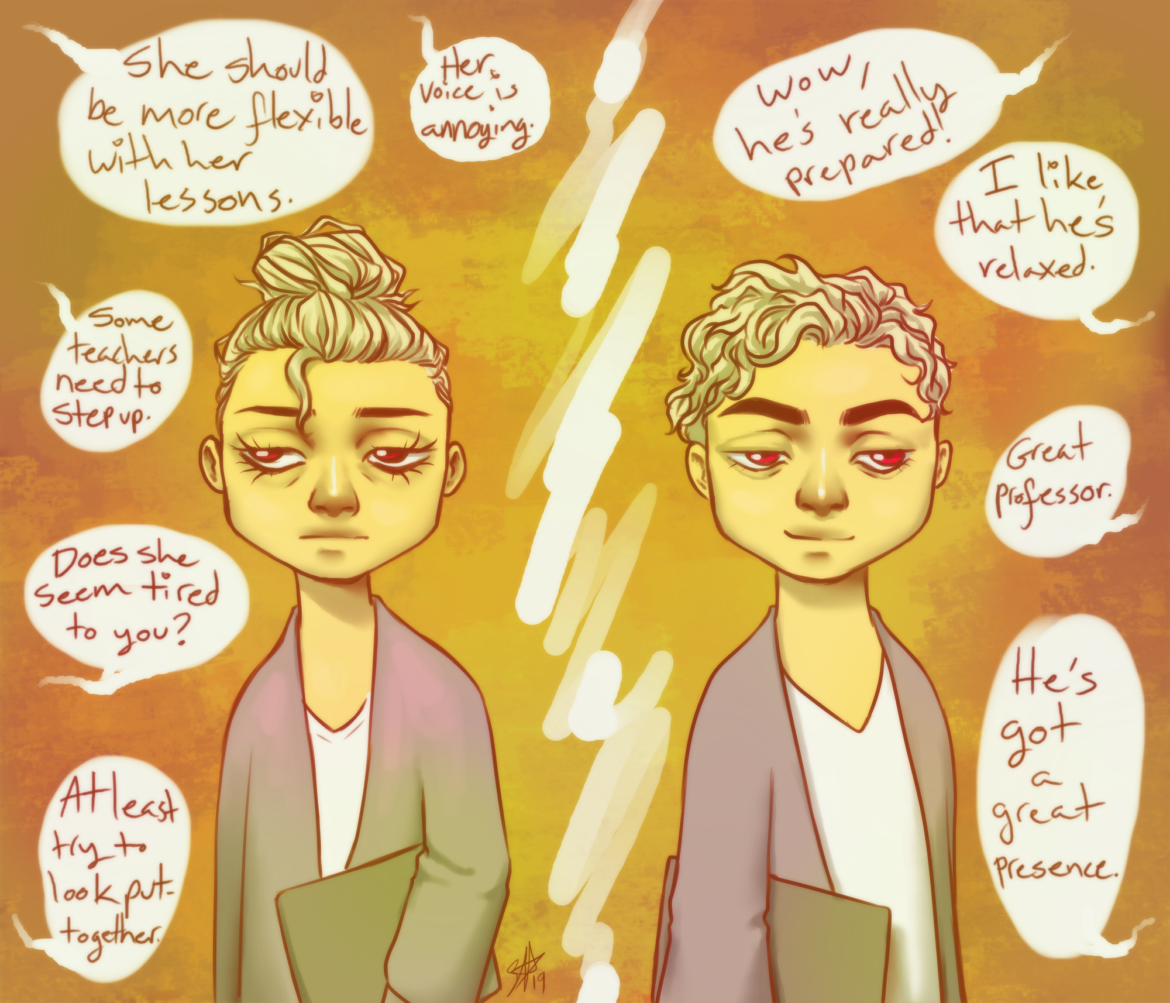 Student evaluations of teachers may be discriminatory due to gender bias, according to CSUN’s Educational Equity Committee.

A recent report called “Gender Bias in Student Evaluations” by professor Kristina Mitchell from Texas Tech University and Johnathan Martin from Midland College found students evaluate female and male professors differently. Mitchell and Martin’s findings showed that women are evaluated on their personality and appearance and are more often referred to as “teachers” rather than “professors,” while male professors are evaluated on their intelligence and competency.

Michael Neubauer, a member of the EEC, became aware of the issue and brought it up at a CSUN faculty senate meeting in February. He said this is a problem for the university on how they retain and promote faculty, according to minutes from the meeting.

“It’s an issue for faculty, administration and students,” Neubauer said. He added that students need a voice, but “what do we want from these evaluations?”

He proposed to create a “campus-wide discussion on the purpose of the evaluations.” As of now, Neubauer said the EEC is in conversation with several members on campus, including Faculty Development and eventually reaching out to the AS president.

Part of the issue in using these “evaluation instruments” is that they vary from different departments, according to Neubauer. Janet Oh, director of the Office of Institutional Research, said that there are currently 100 different surveys at CSUN and each department has their own survey and questions, according to minutes from the senate meeting.

Neubauer mentioned a case at Ryerson University in Canada where an arbitrator decided that SETs can no longer be used for the Retention Tenure and Promotion process. The case was published in August 2018 on University Affairs. According to the article, the results are unreliable as SETs have moved online and the number of students participating has gone down.

Neubauer is now looking into “if there are better instruments that eliminate bias.” He said that the first step for the EEC is to collect anecdotal info from colleges that “may not be reported.”