Boeing’s double trouble in the making 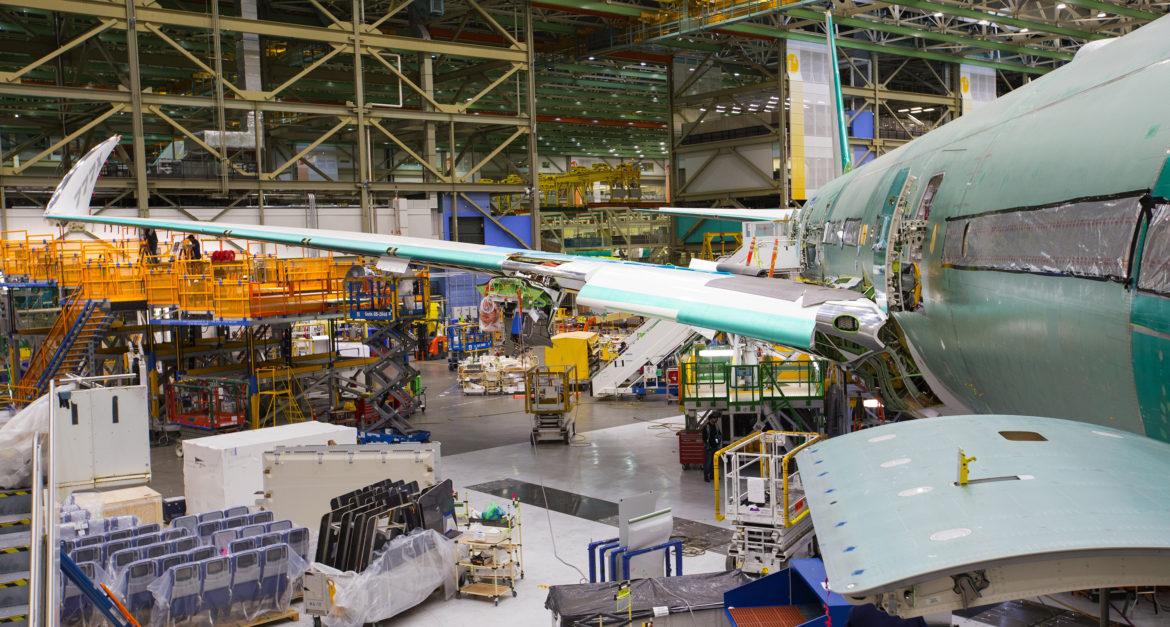 The wing of the new 777X, with the 11-ft wingtip folded up so it can fit inside the Everett assembly bay. It will similiarly be folded up to fit at airport gates. This airplane is the first 777X that will fly in 2019. (Mike Siegel/The Seattle Times/TNS)

While Boeing has already suffered catastrophic damage from the 737 MAX investigations and crashes, there is another soon-to-be-coming plane upgrade in Boeing’s pipeline that is also taking a huge gamble with a potentially catastrophic downside should it go wrong at the wrong time: the 777X.

While the fatal design flaws in the MAX mostly involve software at the moment, the 777X’s problem is in the hardware outright. To maintain commonality with the runaway success of the 777 and especially the 777-300ER model, Boeing put in folding wingtips to have it fit in the same gates as the current 777-200LR and 300ER models.

The thing is that folding wingtips have never been done on a commercial jetliner that is the size of a 747 jumbo jet like the 777X. Folding wingtips to wings outright have been standard on planes destined for aircraft carrier service for decades, but these types of jets, even in active war operation, are at the exact polar opposite end of the size and operating pattern as the 777X.

Aircraft carrier jets are small and tend to operate in short bursts, with most of their time-spent parked on and below the deck. Very large commercial jets like the 777X, on the other hand, spend most of their time in the air, with relatively little time spent taxiing and parked at the gate. This means that Boeing is taking yet another dangerous gamble on top the of the current 737 MAX woes at the worst possible moment.

I will give credit to Boeing to having made many folding wings and folding wingtip aircraft for U.S. Navy and Marine Corps aircraft carriers, but given the situation, revelations and especially the exact polar opposite size and operating pattern, these folding wingtips now look vividly like an air disaster waiting to happen.

While I was interested in flying in the 737 MAX until these two crashes and headlines happened, the 777X, in sharp contrast, I have found too dangerous to fly in right from the very start of the product launch in 2013 due to those folding wingtips.

By the wing not being made in one solid piece, I find it almost certain that a failure at the wingtip joint is going to cause a fatal accident or few early in the plane’s life. The only solution left will be to make the wing one rigid piece, and that will cost a huge amount of time and money to fix compared to a software patch in the 737 MAX’s case.

Raising the stakes is that the Boeing 777 has been the most successful wide-body jet in history, surpassing even the 747 in sales and numbers built. With the narrow body 737 destroyed beyond all recognition now, having the 777X fail will make for a catastrophic double whammy by taking out both bread and butter planes in the Boeing Commercial product line up. The whole global aviation economy and especially for Boeing and the U.S. is on the line here with what happens to the 737 MAX and 777X.