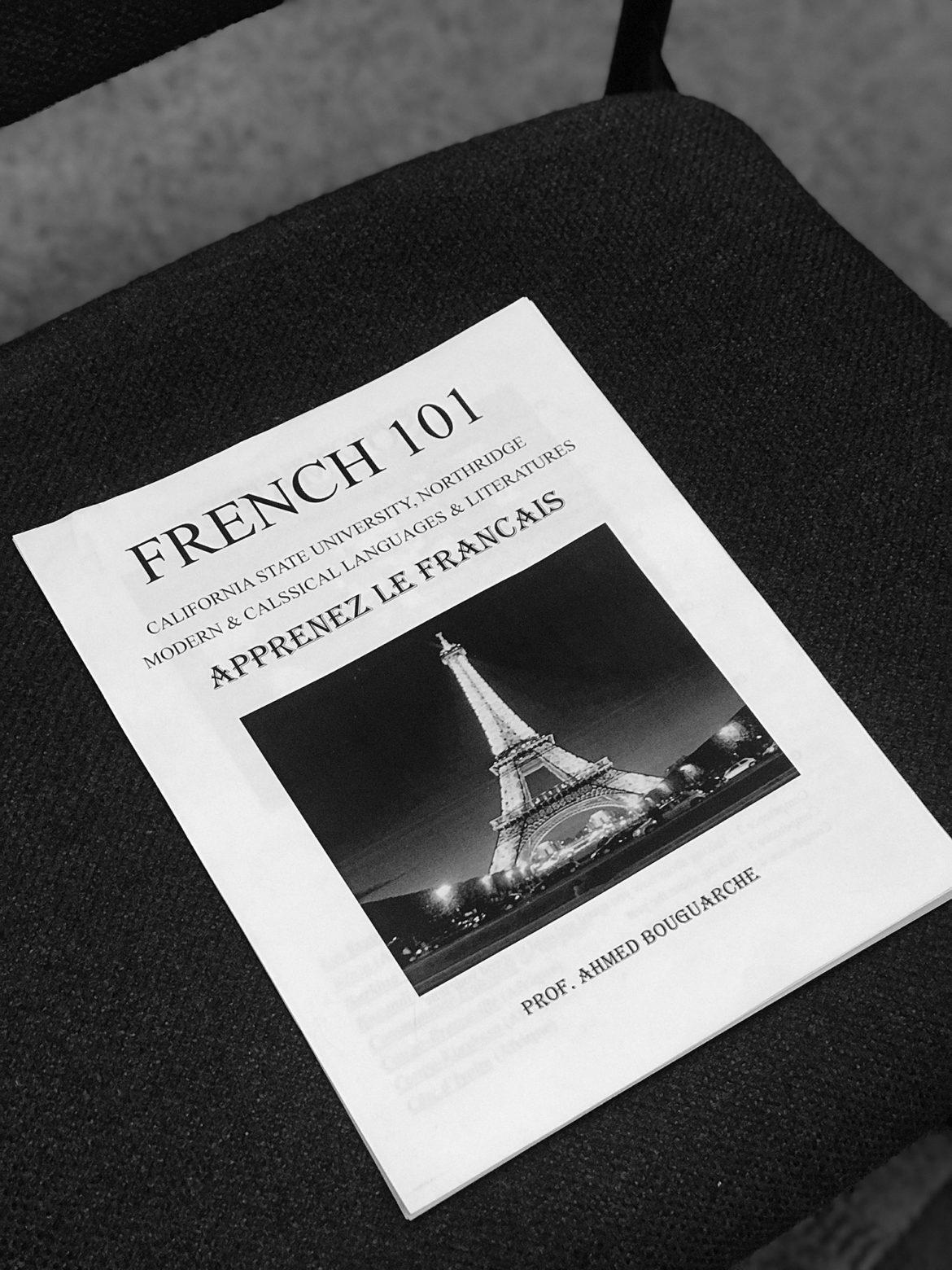 The CSUN Educational Policies Committee unanimously voted to eliminate the French major during a meeting in March due to waning enrollment and course offerings.

Adrián Pérez-Boluda, chair of the Department of Modern and Classical Languages and Literatures, explained that students who declare a French major wouldn’t satisfy requirements to graduate with a degree for the next 10 years. Due to the low enrollment, classes get canceled or aren’t offered each semester.

“We don’t think it’s fair for the students to offer this major, that we are inviting them to come (and) we aren’t going to be able to offer the classes that they need to complete the major,” said Pérez-Boluda.

The French minor will remain an option for students, however, as maintaining it is possible despite low enrollment, according to Pérez-Boluda.

“It’s a really, really hard decision that is very sad,” said Pérez-Boluda. “French was one of the stars in the department, but there’s nothing we can do. So we decided to concentrate our efforts in the minor in French.”

Ahmed Bouguarche, associate professor in modern and classical languages and literatures, is the only professor that teaches upper-division French classes and said he will not be replaced after he retires this year.

“It’s a shame I’m leaving and the major is coming with me,” said Bouguarche. “I just hope the minor will influence students to join the international program.”

Catalina Roldan, 22-year-old journalism and French double major, came to CSUN as a journalism major and declared a minor in French before studying abroad. After her second semester studying in France, she decided to change her French minor to a major after speaking with advisers from the California State University International Program.

It wasn’t until Roldan came back to CSUN in August 2018 that she faced issues with her French degree requirements. Roldan said it took about three months for her transcripts to be received which showed the requirements for a degree in French were satisfied.

“It was a valuable experience that I cherish and it opened so many different doors to traveling and volunteering,” said Roldan. “However, when it came to the administration that was the most frustrating part, the CSU system didn’t exactly have answers when I had a question.”

Now that the French major is gone, Roldan is still trying to figure out where to submit her paperwork to receive her degree. She is one of the last students to be granted a French degree at CSUN.

“I’m not surprised that the major is gone because I was the only student from CSUN that studied in Paris,” said Roldan. “It is sad because it’s a very useful language but in California it’s more practical to speak Spanish, so I understand, but I want my degree.”