Acasola’s journey through accomplishment and experience 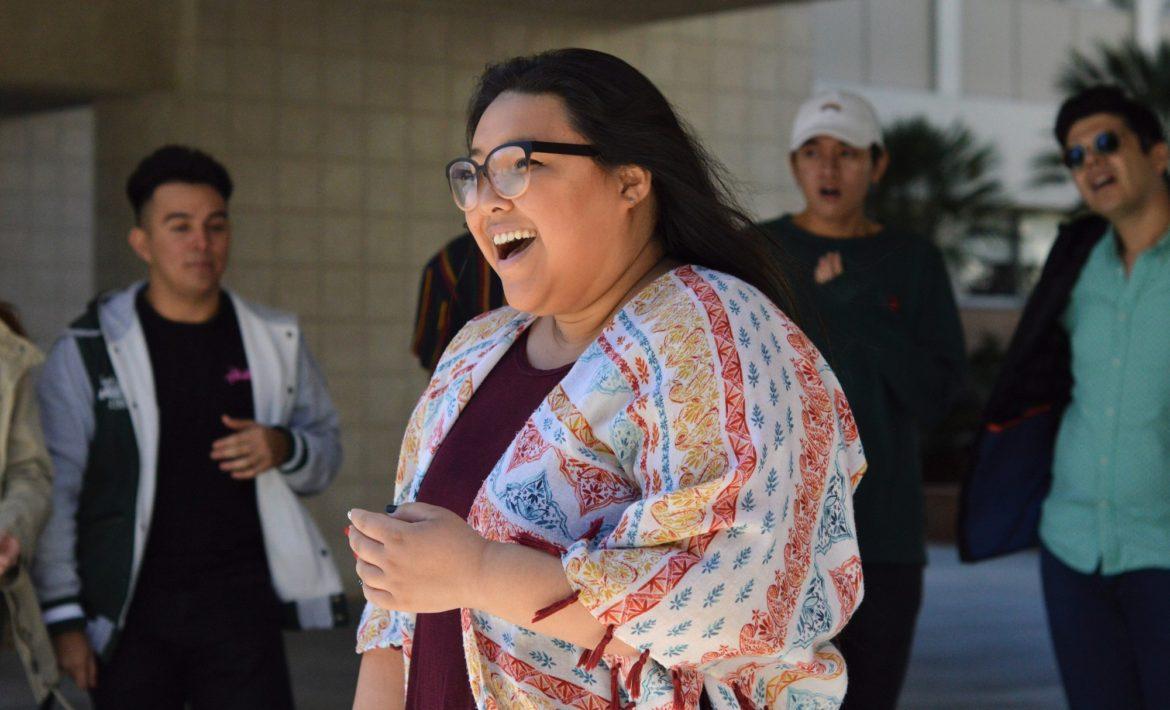 CSUN’s premiere a cappella group, Acasola, has had a busy year full of triumphs, obstacles, and introductions to new and diverse talent. The group has effectively acquired and experienced unique opportunities since its beginning in 2006.

The group was given the chance to star in Fox’s “Raising Hope” in 2013 as well as ABC’s crime-comedy-drama, “Castle,” explained Acasola’s president, Luna Trejo. Although the first TV show appearance by Acasola happened before Trejo’s time at CSUN, she remembers what it was like to star in “Castle” during her freshman year.

“We recorded at Capitol Records, studio A with Corbin Bleu,” said Trejo.

The creators of the show wanted Acasola to perform a mashup of ’80s music for a “riff-off.” The term, originating from the “Pitch Perfect” movie series, refers to a singing battle between two a cappella groups. Trejo explained that it was a fun opportunity for her and the group.

Later, Acasola’s single, a cover of Bruno Mars’ “24k Magic,” was chosen to open the “Best of College A Cappella 2018” album. This was a memorable moment for the group as they invested a lot of time and effort into making the single, as well as a music video, said Trejo.

“Having our single be the opening for that whole album is great because we were in it with some very well known groups,” Trejo explained. They were featured among other college a cappella groups such as Pitch Slapped, The Nor’easters, Acappology and many more.

“We worked with a company called the Vocal Company,” Trejo said. “They do everything a cappella, whether it’s studio recordings or music videos.”

The music video was filmed at the home of Acasola alumna and former music director, Hannah Lewis.

Currently Acasola is focused on the competition scene, as one of its goals is to win a championship.

Although the a cappella group did not place in the semifinals in Oregon, that did not discourage them to continue with their goals of performing for the public and work on their unique sound.

This quality has allowed the group to become innovative and creative.

“With each batch of new people comes in this new musical influence people have, different musical tastes,” said group member Jeremy Kelem, who has witnessed the group’s immense growth throughout his six years with Acasola. “Everyone has their own performance flair which affects the whole group for the better.”

Quite a few group members decided they wanted to be part of Acasola long before they were accepted into CSUN. Group member Reno Selmser developed his passion for the art of a cappella before he was in college.

“CSUN was definitely on the radar for me because of Acasola,” said Selmser.

After being accepted into the group, Selmser has found his second family. He is now bass for Acasola’s rhythm.

Unterberger has a similar story to share as well.

“I competed against Acasola with my high school a capella group and obviously they blew us out of the water ’cause they’re amazing,” said Unterberger. Afterward, he applied to CSUN and joined the a cappella group. Unterberger became so invested that he became Acasola’s music director in his second year.

Acasola’s secretary, Ohona Mookerjee, was also passionately invested in music when she was in high school.

“Coming into college, I felt like I needed that to be part of my life still,” she said.

While in her psychology class, members of Acasola visited and showed their “24k Magic” music video to recruit new members. That was when Mookerjee knew she needed to audition. Once she was accepted, she met people she now considers as her best friends.

Trejo also wanted to continue her passion for music while at CSUN.

“I definitely need something to keep me grounded in college still,” said Trejo.

She found a recommended video of Acasola online, and she was able to memorize all the members of the group after binging on Acasola’s videos. She auditioned, and from then on has gained so much from Acasola.

The group has released their latest album, “Resolution,” on iTunes and Spotify, and is currently organizing their summer concert, Sol Train, happening on May 3.

Acasola continues to work towards accomplishing their goals while delivering fun and unique musical experiences for the CSUN community every Thursday, rain or shine, at 12:15 p.m. under Sierra Tower.