Gaucho offense steals the spotlight in victory over CSUN 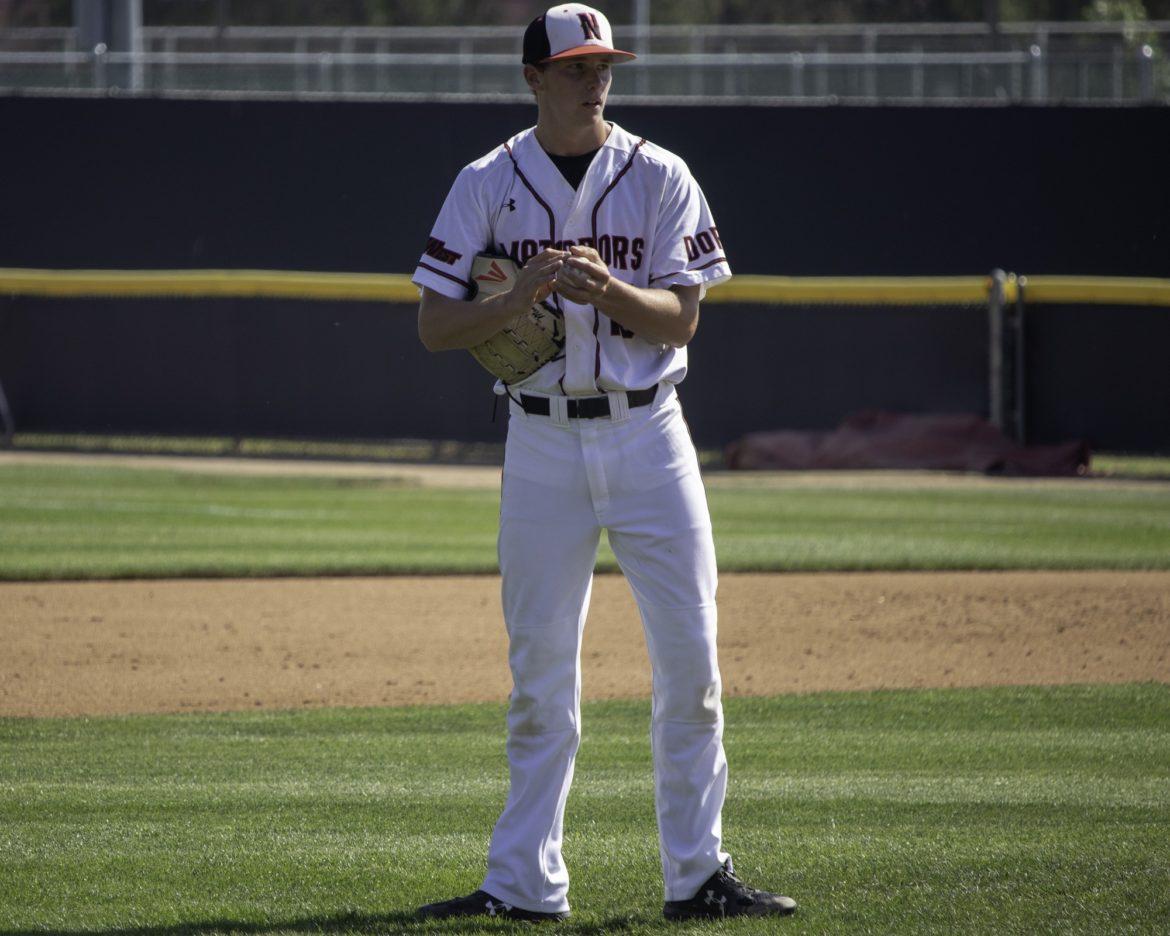 Sophomore Wesley Moore after giving up a home run in the third inning of the Matadors' 16-7 loss to UC Santa Barbara on Friday at Matador Field. Moore gave up two home runs and six runs total in the inning, putting the Matadors in a tough situation as they were unable to keep up with the Gauchos' relentless offense. Photo credit: Tyler Wainfeld

Despite two home runs from freshman Denzel Clarke, including the first inside-the-park home run in the 21st century for CSUN, the Matadors dropped game one of a three-game series against UC Santa Barbara 16-7 on Friday at Matador Field.

The Gauchos came into the game leading the Big West in runs, home runs and ERA, leaving little doubt as to how they had attained their conference-best 33-7 overall record. The Matadors clearly didn’t receive the message about Santa Barbara keeping runs to a premium, though, as they launched four home runs and scored seven total runs.

But as much as the Matadors were able to showcase their talented offense, the Gauchos ended up taking the spotlight. They more than doubled CSUN’s run total and launched six home runs in the process as they showed CSUN head coach Greg Moore and the rest of the Matador squad why they are Baseball America’s No. 13 team in the country and the NCAA No. 8 team.

The day actually started off well for the Matadors as they struck first, getting a run in the first inning on an RBI single by sophomore Brandon Bohning before the Gauchos turned up the heat and exploded for six runs in the third inning.

After getting through the first two innings with relative ease, sophomore Wesley Moore found himself in a spot of trouble in the third, walking the leadoff batter before surrendering a 2-run home run to the next batter as the Matador lead quickly evaporated. The Gauchos would keep the pressure on, getting a single, a home run and two doubles, before Wesley could get the first out of the inning. Another double with two outs brought in the sixth run of the inning as Wesley’s sweet start quickly turned sour.

“(Wesley) struggled a little bit with his command early in the (third) inning and then gave up a couple of hard-hit balls,” coach Moore said. “I think he got up in the zone and when he was pitching with runners on base, I think that affected him a little bit.”

Wesley would last just one more inning, finishing up with seven hits and six runs given up while striking out five, walking two and hitting one in four full innings pitched as he tagged his fourth loss of the season.

Santa Barbara wasn’t done there, either, scoring four in the sixth, three in the seventh, two in the eighth and another in the ninth to pick up their 10th win in conference play and 16th win in their last 18 games overall.

“I thought we played well in the three of the four facets,” coach Moore said. “We break it down (with) dugout, offense, defense, pitching. We did three of them well, we just didn’t pitch the ball like we’re capable of.”

Though their pitching wasn’t as sharp as it’s been in recent games, the Matador hitters were definitely up to the challenge and on another day, their production could have been enough to win the game. Junior Jose Ruiz Jr. went 2 for 4 with a home run and two RBIs, Bohning went 2 for 5 with a home run and three RBIs, while freshman Andrew Lucas was a spark plug in the leadoff spot, going 1 for 3 with a double, two walks and three runs scored.

But the story of the day for CSUN was Clarke and his historic performance. He finished the day with a 3 for 4 showing at the plate, hitting an inside-the-park home run in the third and hitting another one over the wall in the eighth for his fourth and fifth homers of the year and the first multi-homer game of his collegiate career.

“I was just trying to be as comfortable as I could (at the plate),” Clarke said. “I’ve been working a lot in the cages on my swing … and I saw the results today, thankfully.”

To make this performance even more special, Clarke got to do it in front of his family, who had come down from his hometown of Pickering, Ontario, Canada to watch him play Division I baseball for the first time.

“It’s always nice when you have your family come and watch you,” Clarke said. “It was just a cherry on top that I was able to play well today.”

With the loss to the Gauchos, the Matadors’ record sits at 19-24 overall and 6-10 in conference play, putting them in eighth place in the Big West standings.

They will go right back at it against the Gauchos on Saturday at 1 p.m. for game two of the three-game series.