Behind the scenes of ‘A Streetcar Named Desire’ 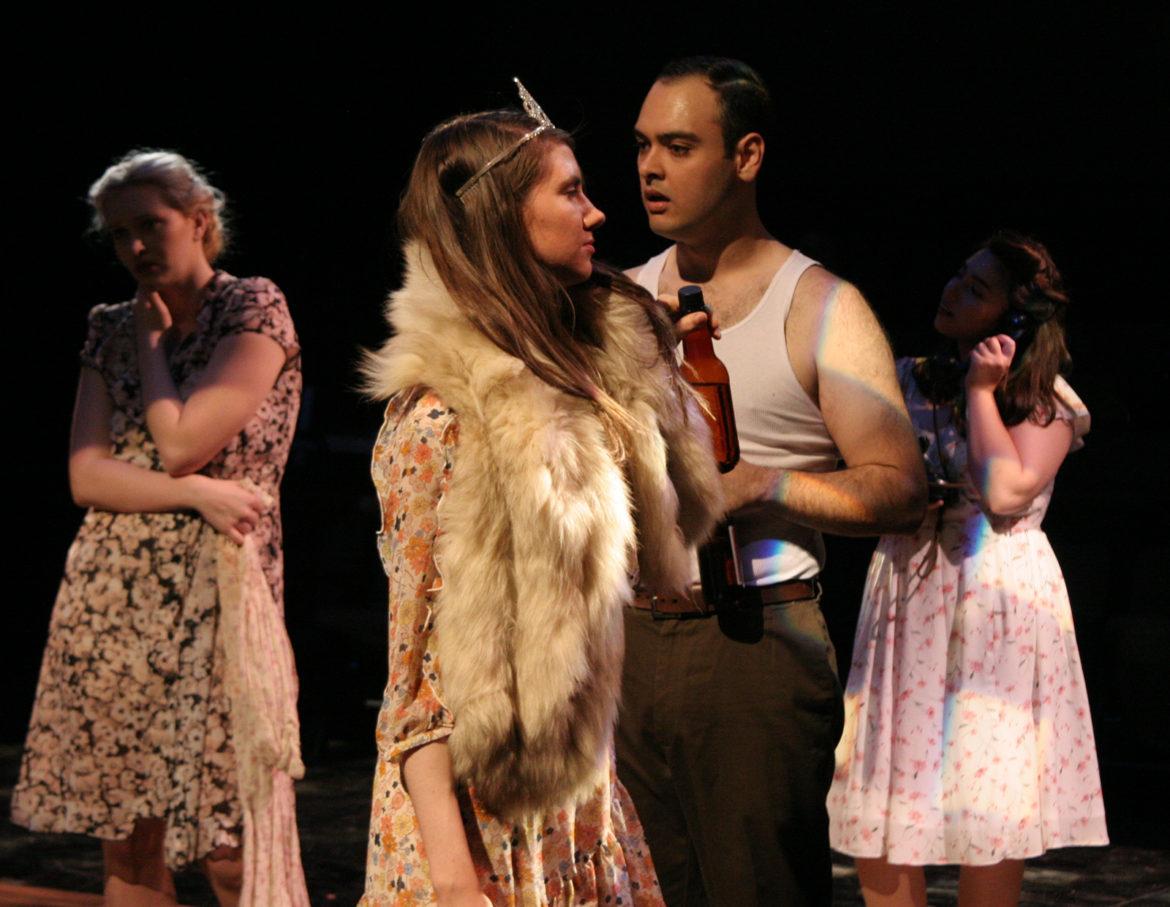 (Left to right) Brenna Erbst, Delia Dolce, Manuel Contreras and Taylor Mills rehearsing a scene for "A Streetcar Named Desire" in the Experimental Theatre on April 23. “I’ve been learning with different collaborations, dealing with multiple perspectives and the challenge of fragmented realities,” said Dolce of being involved in the play production. Photo credit: Hadie Tobar

Four advanced directing students experimented with a collection of styles when putting together the production of the classic play, “A Streetcar Named Desire,” with guidance from artistic director Professor Larry Biederman.

Co-directors Hannah Peterson, Darian Ramirez, Vitoria Villalobos and Nini Gioiosa casted a small ensemble to not only play multiple roles but to also, in some scenes, play their shared characters simultaneously. Each of the co-directors brings a different point of view about the story and its roles. They want to reach new audiences and inspire students to continue studying their art form by combining their four minds to design something not commonly practiced.

Being in the play, cast members have learned more about themselves and the opportunities they experience when portraying each of their characters. Playing the roles of Stanley, Mitch, Allan and the doctor, Alex Lemus, 23, a theatre major, discovered his unique voice that he had buried inside of him.

“I can express myself in different ways and produce a larger message about life in each show and character,” said Lemus.

Thanks to open communication among the directors, cast and crew, they were able to build themselves a good show in “one big collaboration effort,” as described by Brenna Erbst, 23, a theatre major. She also plays a few roles such as Blanche, Stella and Eunice. Each person involved has contributed another viewpoint to the reality of the play’s nature.

“This show shows the differences and characteristics of the human species,” said Jessica Jordan, 20, who plays Stella, Blanche, Eunice and Colored Woman.

With so many people experimenting with a variety of ideas, any production challenge serves to help the artists gain new insight into a story with multiple personalities. Whether it is changing costumes, set pieces or even characters, all performers on and off the stage are well connected with a collected expression of art.