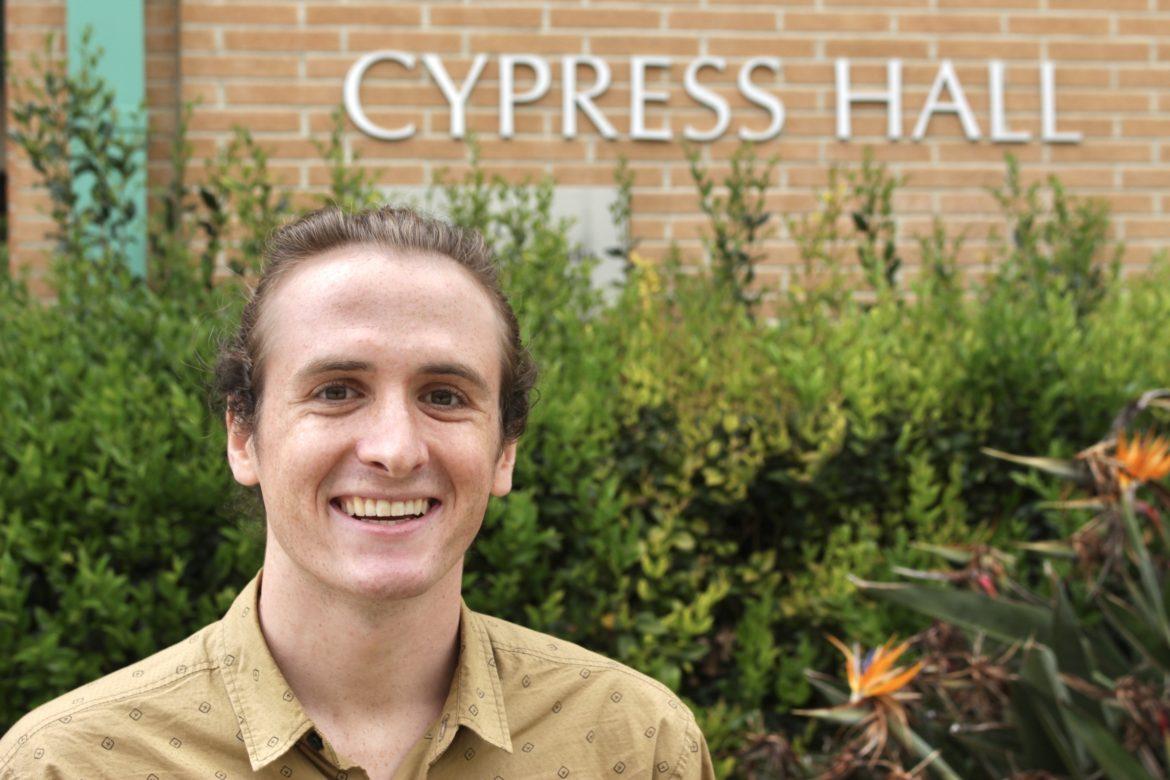 Meet Royal Dean, 22, who transferred to CSUN in spring of 2017 to work on his dreams of becoming a music composer for film. Photo credit: Chelsea Hays

Royal Dean, 22, is a senior who composes and produces all of his own music from his very own studio … which also happens to be his bedroom.

Dean moved to Northridge in early 2017 as a transfer student from Moorpark College. He grew up with a musical mom and a doctor as a dad. Following in his mom’s footsteps, he learned to play piano at an early age and grew up in the musical realm.

Going into high school Dean began making beats in GarageBand but as the years went on he became savvier. Dean learned he could create music from his piano and alter the sound to make it sound like other instruments. After figuring this out, he composed music for a few short films in high school which is where he really found his passion for music and knew this was the career he wanted.

His first and possibly one of his most important steps was to decide on a school. In the midst of the pressure, Dean ultimately decided to enroll in a community college and work his way through. With heaps of research under his belt, Dean found his home at the CSUN musical program.

In college, he took a class where he was given muted scenes and he got to create his own music.

“What’s cool about this is that when we’re given it, it’s a completely blank canvas and we can do whatever we want with it and that’s what is so cool about whether it’s this, a school project or a real-world project, is that you can be creative and you can do whatever you want,” he said.

Normally when a composer makes his music, there’s someone he can pay who will transcribe everything onto a sheet of scales for a conductor to look at when bringing the song to life, but Dean has learned how to create his music, transcribe it and conduct it all himself.

“Coming towards the end, it’s amazing to look back at my time at CSUN and to see my progression,” he said.

During his time on campus, the musician joined a four-man band and passed classes that taught him to apply conduct, composition and collaboration. Now, nearly two years later, one more semester until graduation, Dean has a lot to look forward to. This fall, he will attend his first internship which he hopes will ultimately give him the experience he needs to attain his first composing job after college.