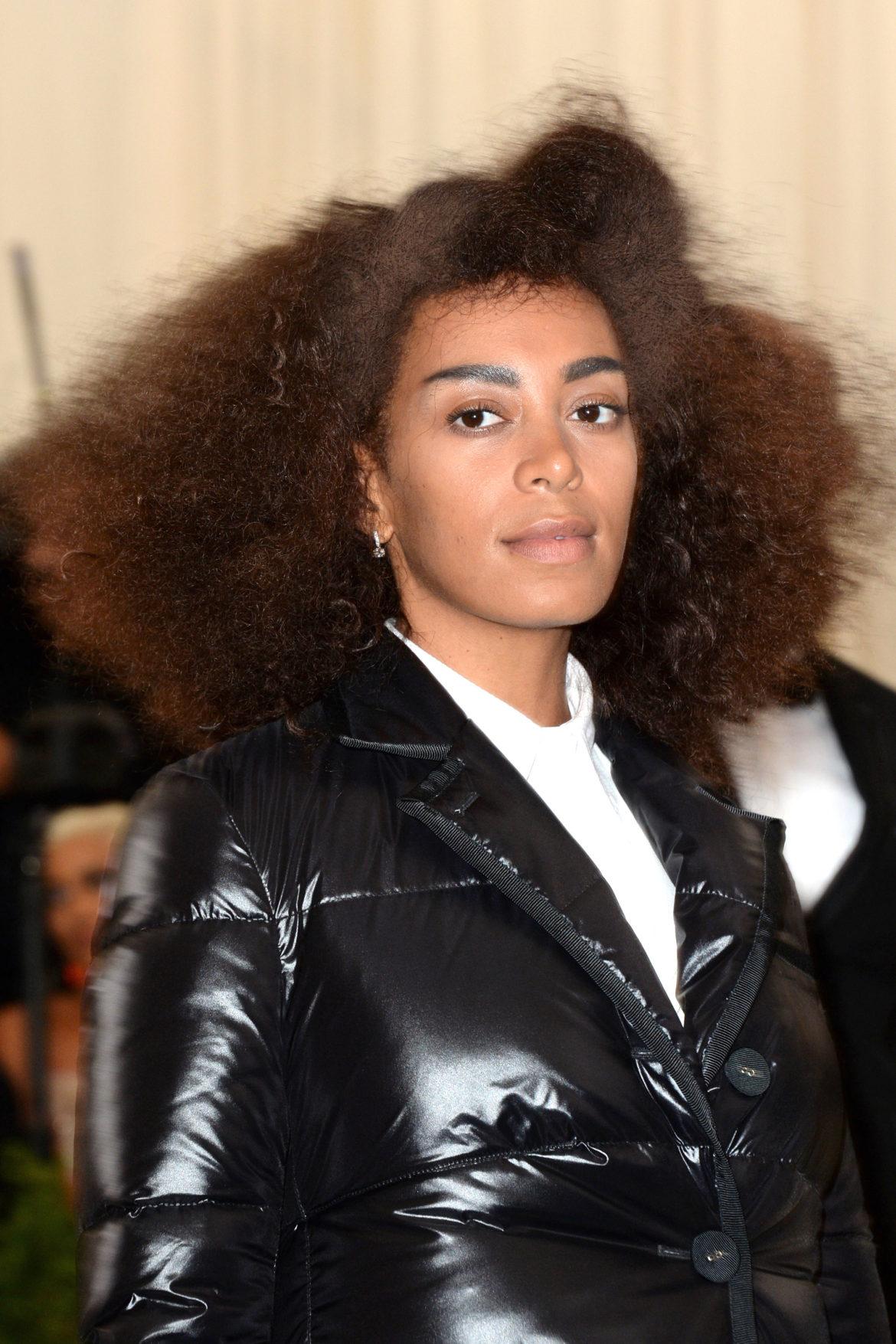 Solange Knowles arriving on May 1, 2017 at the Costume Institute Benefit at The Metropolitan Museum of Art celebrating the opening of "Rei Kawakubo/Comme des Garcons: Art of the In-Between" in New York City, N.Y. (Aurore Marechal/Abaca Press/TNS)

Coming back from her critically acclaimed album “A Seat at the Table,” Solange Knowles’ career has been on a whirlwind. Solange has always been into music like her elder sibling, Beyoncé, and both of them have taken different routes in terms of genre in recent years.

Beyoncé has chosen to incorporate the trap genre into her repertoire, while Solange has taken an avant-garde approach to her music that was previously a mix of funk, soul and R&B.

Performing at Coachella two years in a row, Solange has catapulted herself from indie-soul artist to a mainstream black power artist with a truly distinct message, as seen from her combined music video for her songs “Things I Imagined” and “Down With the Clique” from her 33-minute short film for her new album “When I Get Home” released earlier this year. Taking each of the songs and their corresponding videos apart lets one be immersed in all the black Texan symbolism that is compacted into the short film.

The “Things I Imagined” video opens up with Solange dancing with a fully-jeweled man, just as she is similarly. Other images in the video include black cowboys and black-robed individuals walking to a circle in the middle of the field. The cowboys symbolize the dexterity that Solange is in tune with.

“Seeing what they do to their bodies for the sake of entertainment, which is something I can relate to,” said Solange at the screening of her film, via INSIDER.

The interlude mixed in with the two songs features soundbites from Houston-born actresses Phylicia Rashad, known for her role Clair Huxtable from “The Cosby Show,” and her sister Debbie Allen, famous for being in the 1980s show, “Fame.” The next song, “Down With the Clique,” emphasizes the imagery of the black cowboy motif that is shown throughout the film.

Solange’s inspiration is not just a call to her Texan southern roots but also the concept of Afrofuturism, the idea of trying to imagine a time where colonialism in the African diaspora didn’t happen. The footage of black women walking past Deloreans in “Almeda” could be interpreted as an homage to the originator of the term “Afrofuturism,” Mark Dery. According to INSIDER, Dery “coined the term Afrofuturism more than 25 years ago in his essay ‘Black to the Future.’”

Two CSUN students talked about their connection to Solange in her symbolism and stance on black history.

Charnelle Bethune, 27, a TV production major, said, “With both of her albums, she really made black people embrace who they are.” She also spoke about how Solange’s song “F.U.B.U.,” which is an ode to the iconic black-owned brand by the same name from the early 2000s meaning “For Us, By Us,” is significant to her.

“A lot of people do take what is ours and turn it into something else. Why can’t we have our own thing instead of making a twist off of it?” said Bethune. “For instance, the cornrows. They only became popular because Kim Kardashian started wearing them and they were named after her, but it’s just like those are cornrows. I had those when I was little, but now they’re popular. I got teased for big thick braids, but now they’re popular. We’ve been doing this.”

Bethune also mentioned the musicality throughout the album and how she liked Solange’s overall artistic vision when it came to putting the fourth album together.

“(‘A Seat at the Table’) was supposed to make you think, but this album, she just wanted you to feel it,” Bethune said. “Even though she didn’t have a lot of lyrics for this album, it’s supposed to be one collection vibe.”

Tiffany Abodoh, a junior majoring in public health, discussed how she appreciated Solange’s differences from other artists.

“She has a different style, different type of music, and she’s different in R&B among other women, and she collaborates with others who other musicians wouldn’t work with,” Abodoh said. “In her new album, Tyler the Creator produced three of her songs, and usually people don’t like working with Tyler because he’s different as well. I like that because she’s not trying to box herself in and step out of that. And that also goes to her black empowerment message too. She’s not saying you have to fit this label that black women have to look a certain way, she does what she wants.”

Solange has used her platform to open people’s minds, see themselves for who they are, and has opened the conversation about taking a deeper look into what it means to be black and what it means to be a multi-faceted black artist that goes against the grain when it comes to the mainstream hip-hop, R&B and soul genre.